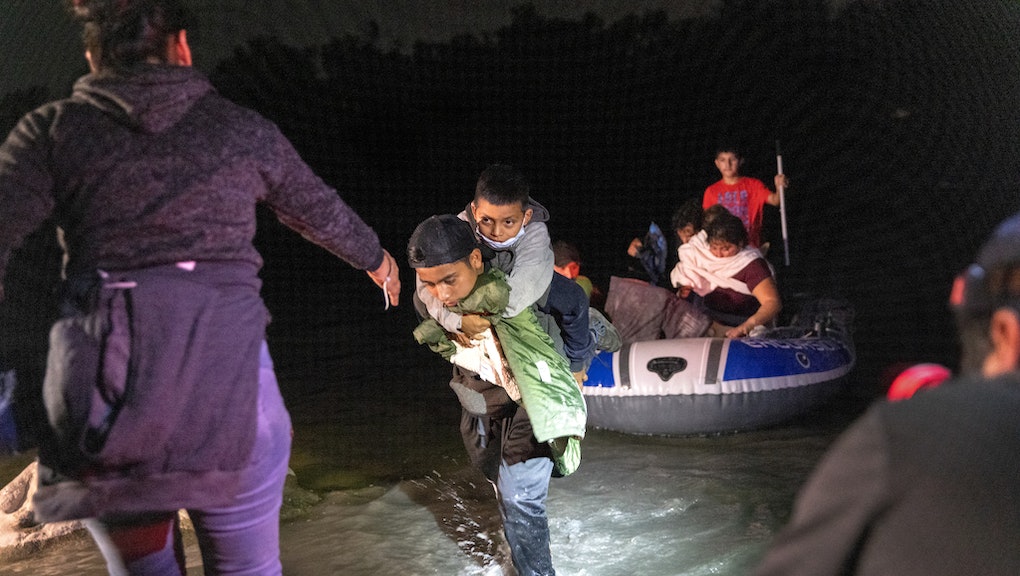 During the 2020 election, Joe Biden decried Donald Trump's cruel policies to punish and deter migrants from crossing the U.S.-Mexico border, saying, "This is not who we are. America is better than this." Turns out, it may not be better after all. On Monday, the Biden administration announced new agreements with the governments of Mexico, Honduras, and Guatemala that will increase the number of police and military members who will aim to keep migrants and refugees from entering the United States.

Under the agreements, Mexico will maintain more than 10,000 troops across its southern border to stop migrants who intend to travel northbound to the U.S. Guatemala will place 1,500 troops at its borders. Honduras has dispatched 7,000 law enforcement officers and will set up a series of checkpoints along the route that many migrants follow to the U.S. “The objective is to make it more difficult to make the journey, and make crossing the border more difficult,” Jen Psaki, the White House press secretary, said, according to The New York Times.

"We've secured agreements for them to put more troops on their own border," Special Assistant to the President for Immigration for the Domestic Policy Council Tyler Moran told MSNBC. "That not only is going to prevent the traffickers, and the smugglers, and cartels that take advantage of the kids on their way here, but also to protect those children."

The move comes as U.S. Customs and Border Protection has reported a significant increase in the number of attempted border crossings at America’s southern border. According to CNN, the agency said it apprehended nearly 172,000 people at the border in March, a 71% increase from February. That includes a significant influx of unaccompanied minors. CBP reported encountering 18,800 children who were traveling without their parents in the month of March, the highest figure on record.

While those figures seem noteworthy on their own and have been used to fuel the idea that there is a crisis occurring on the southern border of the U.S., the uptick in migration is actually pretty predictable. A year-to-year review of CBP data published by The Washington Post showed that migration from Central America is almost always seasonal, and spring often brings an increase in the number of border crossings. Much was made of the so-called "surge" of border crossings that occurred earlier this year, when there was a 28% increase in migrants attempting to enter the U.S. between January and February. But in 2019, the same period saw an even larger increase of 31 percent.

More like this
Trump kept a Gitmo prisoner detained for 5 extra years. Biden has finally freed him
By Rafi Schwartz
Biden's idea of filibuster reform is to bring back painfully long and boring floor speeches
By Vanessa Taylor
Guess how much Trump's companies made during his presidency!
By Rafi Schwartz
Stay up to date