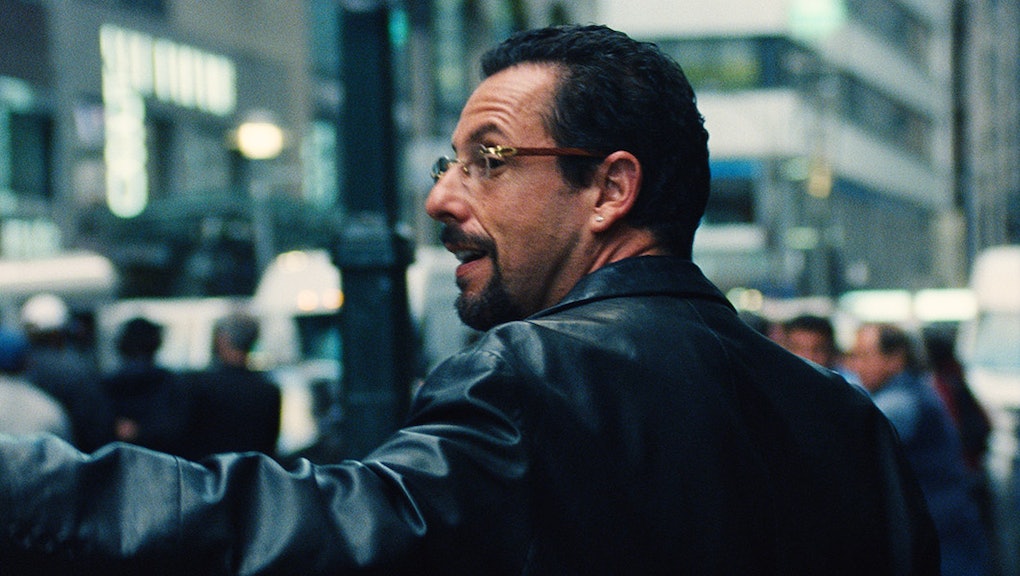 'Uncut Gems' has the makings of a cinematic classic

In the Safdie brothers' latest thriller, Uncut Gems, there is seldom a moment when your senses — namely your ears — aren't under attack. For what feels like the entirety of the film's 135-minute runtime, everyone is shouting over each other. It's hard to watch and nearly impossible to look away from. Like a couple arguing in public. It's chaotic and painful and also kind of beautiful. The movie follows Howard Ratner, a New York diamond dealer played by Adam Sandler, as he juggles a number of schemes in order to pay back his brother-in-law Arno, played by Eric Bogosian. It's hard to overstate how dynamic Sandler is in the role. He manages to embody a compulsive gambler. His eyes glimmer like he's never not calculating a potential score.

We open on an East African diamond mine where a worker has just been injured. Amidst the commotion, two miners see an opportunity to steal a rare gem, an opal whose interior glimmers with impossible iridescence. The camera travels from the gem's spectrum of pinks and purples into the grainy static of an endoscope's camera. And just like that, we're inside of Howard's ass. Which, if you asked him, is where everyone seems to be these days. He's being shaken down by two violent associates of his brother-in-law and they are very tired of waiting.

Howard's associate Demany, played by LaKeith Stanfield, introduces him to NBA star Kevin Garnett. The two have this sort of symbiotic relationship: Demany brings Howard the type of high-profile clients who like to show off, and they both reap the rewards of selling them sometimes phony jewelry.

The Safdie's most recent film, Good Time, followed a caper gone wrong into its most desperate, tragic, and absurd conclusion. Uncut Gems takes that format and refines it. Howard receives the gem from Africa and hopes to auction it off for millions, but not before he shows it to KG, who becomes immediately obsessed. It's 2012 in this cinematic universe and one has to appreciate the attention to detail. 2019 Garnett, the actor, is excellent in his role as 2012 Garnett. Meanwhile, Howard's vice is sports betting, and you can always tell he's a bit star struck in the room with Garnett, a flare of realism that nudges you into the film's world.

Adding to the stress is Howard's family — a pending divorce and two adolescent children who on either ends idolize and abhor him — and his girlfriend, Julia, played by Julia Fox. Howard is a true romantic and the film's love story quickly becomes entangled with the game of cat-and-mouse already in progress.

It's hard to sit still as you watch, and it feels like it's by design. A Jenga tower waiting to topple. Each of Howard's moves, as he evades his brother-in-law's goons, raises the stakes. Eventually things coalesce around Garnett, whose obsession with the opal turns into an opportunity for Howard's biggest score. In between, there's The Weeknd performing as himself in 2012, a tense NBA series between the Celtics and the Sixers, and a few really heartbreaking moments with Howard's family. (Howard's wife Dinah, played by Idina Menzel, at one point tells him point-blank that she thinks his face looks stupid.)

By the end, Uncut Gems leaves you questioning the meaning of life, which is probably as good an outcome a filmmaker can hope for. Howard is a bizarre hero. He makes harebrained decisions, and only knows how to shoot himself in the foot. He's also brilliant. Almost like a gem.