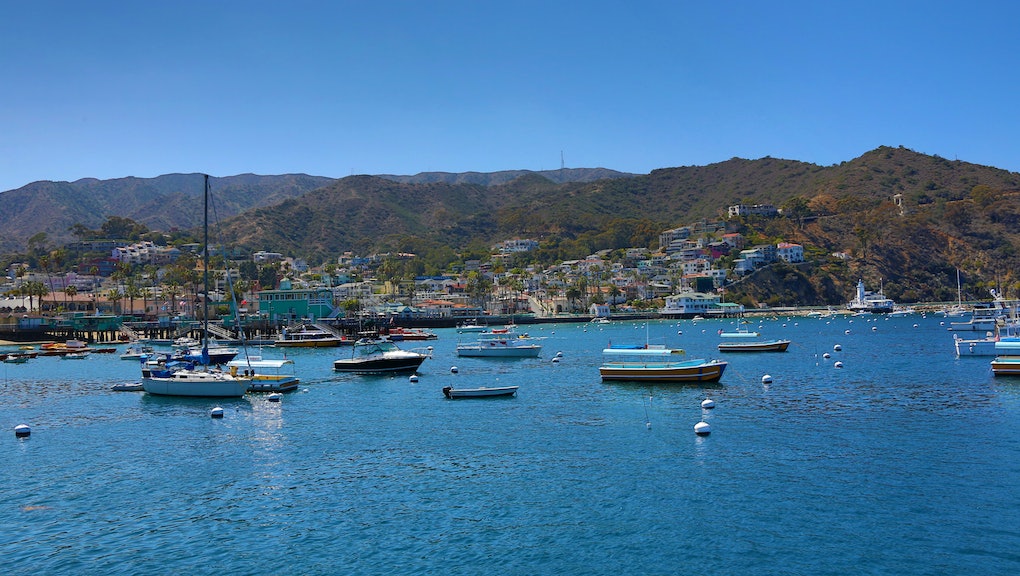 Beneath Santa Catalina Island, a resort town 22 miles off the coast of Southern California, sit thousands of barrels filled with a toxic substance known as DDT. The barrels have been chillin’ on the ocean floor for decades, slowly leaking the waste into the water. Now scientists are trying to clean up the mess — and they've recruited robots to do the dirty work.

Earlier this week, dozens of scientists and crew members on board a research vessel known as the Sally Ride set out to map 50,000 acres of the ocean's floor. The two-week reconnaissance expedition will seek to find out where the barrels are by deploying two robots to survey the situation on the seafloor.

The machines, which researchers described to the Los Angeles Times as "underwater Roombas," will spend between 12 and 16 hours per day scanning the area, using sonar to comb the floor and send back high-resolution data that will be used get a better idea of the situation 3,000 feet under the sea. Eventually, the bots will be sent back down to take detailed photos of areas where pollution concentration seems to be the highest so scientists can get a better idea of how they will have to tackle the clean up process.

Sending down the robots is just the first step of a long-overdue clean-up project — though the extent of how bad the situation was unknown until recently.

For years, residents of California had heard that Montrose Chemical Corporation of California, the country's largest producer of DDT, had dumped some of its waste into the ocean near Santa Catalina Island. The company shut down in 1982, 10 years after the United States banned DDT — once a common chemical used for insecticide in agriculture — after it was discovered that it is a carcinogen that can also do massive damage to the environment. In 2000, the Environmental Protection Agency designated one of Montrose’s dumping grounds a Superfund site, or polluted area that requires significant cleanup.

It is estimated that between the late 1950s and early 1970s, the company was responsible for pouring more than 1,700 tons of the toxic chemicals into the ocean through the sewage system. But that is just the start of the damage. The company also is believed to have improperly tossed hundreds of thousands of barrels of waste, including DDT, into the ocean — at a rate of once a month for more than 40 years, according to an investigation published last year by the Los Angeles Times. These barrels were largely unknown, buried by the ocean until researchers identified 60 of them on the ocean floor in the early 2010s. Samples taken from the barrels revealed DDT concentrations 40 times greater than even the highest contamination records that were taken from the Superfund site.

DDT is known to be highly toxic to marine life, significantly shortening the lifespan of creatures like crayfish and sea shrimp and reducing the egg hatch rates for undersea species. It’s likely that Montrose’s multi-decade waste-dumping had devastating effects on the sea life around Santa Catalina Island.

Sending robots to the seafloor to find out just how bad the mess is just the first step of the necessary clean-up process. When the actual clean-up will occur is unknown, because the full extent of the damage done is still a mystery — though scientists are moving quickly to act. According to the LA Times, this type of expedition would normally take about two years to organize, but they put it together in just five months, underlining the urgency of the situation. Unfortunately, robots won't be able to replace the ocean life lost or the environment damaged. We'll simply have to hope that the behaviors of a single corporation didn't single-handedly destroy an entire ecosystem.