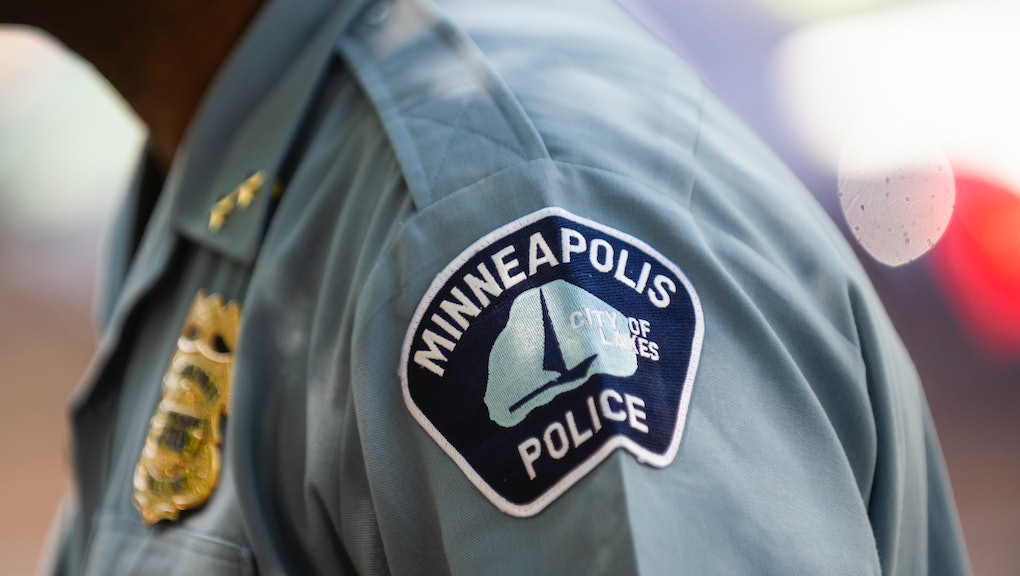 An unelected governing body in Minneapolis charged with screening ballot initiatives before they head to voters moved Wednesday night to delay a proposal to dismantle the city's police department. The 10-5 vote to study the creation of a potential new Department of Community Safety and Violence Prevention means that the initiative won't go to voters in November — a roundabout way of ensuring that the police department remains intact, for now.

In the wake of the police killing of Minneapolis resident George Floyd, a 44-year-old Black man, Minneapolis was one of the first cities in the country to heed protest demands of defunding the police. In June, every member of the city council voted to adopt changes to the city charter that would allow them to dismantle the existing police department in order to spur the creation of a new public safety agency. According to city bylaws, the next step in the bureaucratic process of putting the initiative on the ballot was to send the proposal to the city's charter commission; the panel's 15 members are appointed by a district court judge.

At the time, city council president Lisa Bender said, "I hope that the charter commission will recognize the moment that we are in and take our offer of support, however we can provide it, to expedite this process so that voters have a chance to have their voices heard on this important question and this important moment in our city’s history."

But the charter commission's Wednesday night vote draws out the process rather than expediting it, undercutting the will of the elected members of the city council and preventing the opportunity for voters to have a say in November. "The city council's charter proposal represents the most sweeping and radical charter change in living memory,” said commissioner Gregory Abbott, in expressing his dissent to passing the amendment. "It deserves much more scrutiny discussion than we can give it in a mere 35 days."

Jill Garcia, another member of the charter commission, suggested tabling the idea for 90 days in order to "review" the proposed amendment, which critics say is a patronizing response to the changes that voters are demanding.

Udi Ofer, the deputy national political director of the American Civil Liberties Union, tweeted that the charter commission discussed delaying the initiative in order to study it because in commissioners' minds, voters wouldn't understand the implications of dismantling the police department. Other reasons members of the commission floated were concern about property values and overreach of the city council. The charter commission delayed the proposal "in a condescending manner that reeked with privilege, telling the city council and people of Minneapolis that it does not trust them to make decisions," Ofer tweeted.

Though the proposal to create a Department of Community Safety and Violence Prevention was not fully fleshed out, the city council's support of the change signaled a willingness to adapt public safety measures to address the disproportionate harms Black and brown people face at the hands of police. A community activist, Mel Reeves, told The Guardian, "We talk about living in a democracy, but if you really want to be democratic, sometimes it’s damn near impossible. If people really want to do something, there are all kinds of mechanisms to keep them from doing it."