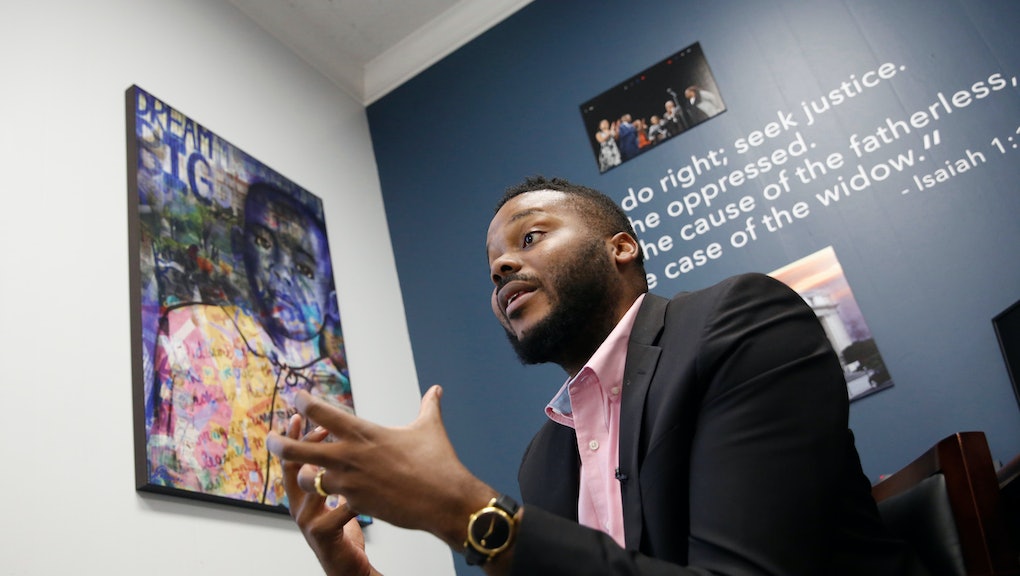 Earlier this year, the city of Stockton, California decided to undergo an experiment. Under the guidance of Mayor Michael Tubbs, the city —along with collaborators the Reinvent South Stockton Coalition and the Economic Security Project — decided to distribute $500 per month to 125 randomly selected recipients within the community. The universal basic income program, the Stockton Economic Empowerment Demonstration (SEED), is set to run for 18 months. Today brought an extensive look at data from the first five months of the effort's run, including information about economic status of recipients and how they have chosen to use the money. The results show that people, particularly those in lower- and middle-income households, are often making smart financial decisions and applying the money in a way that maps to their existing budget.

First, a quick explainer of how SEED works: residents of Stockton were chosen at random to receive a small monthly stipend of unconditional cash, provided via prepaid debit cards. There is no requirement for how recipients use the money — no strings, no work requirement, nothing that would possibly disqualify them from receiving the money. Their transactions using the card are tracked in the same way that any debit card classifies transactions, but all information is viewed in aggregate; no one is looking at an individual's spending to ensure they are using it in a way that is considered "responsible" or "reasonable." Those transactions are analyzed by researchers, who are funded by the Evidence for Action Program at the Robert Wood Johnson Foundation. Their goal is to see how people are choosing to spend the cash and determine if the theory presented by Mayor Tubbs — that poverty is the result of a lack of cash rather than a lack of character or effort — is correct.

So far, that seems to be the case. According to data released by the researchers today, which is available online via a data dashboard that will regularly be updated going forward, the vast majority of recipients of SEED money are using it to feed and house themselves and their families. Forty percent of tracked purchases are on food. The next largest category, sales and merchandise, makes up 25 percent of all spending. That includes necessities like clothes, shoes, home goods and appliances. The third most common spending category is utilities, including gas, electric and telecommunications — making up about 12 percent of monthly spending. Combined, those three essential categories — things that people would have to spend money on regardless — accounts for more than three-fourths of all spending done with SEED funds.

The researchers working on this project told Mic they weren't shocked that these categories made up the majority of spending, but were a bit surprised at just how consistently people were using the funds for these essential services. "We expected for folks to make smart and rational decisions," University of Tennessee professor Dr. Stacia Martin-West says. "We especially see what are really sound financial decision making in middle- to lower-income households." Dr. Amy Castro Baker, a professor at the University of Pennsylvania's School of Social Policy and Practice, told Mic that "If anything, people are even savvier than we anticipated." She explains that people who experience income volatility are especially sensitive of their budget situation and are particularly skilled at making sure their money goes to exactly what they need to pay for. "If you're living paycheck to paycheck, those are the people who tend to budget best. They know to the penny when their money is going to run out."

It's not surprising then that many of the lower-income households that received the influx of cash provided by SEED used that money to cover the most essential expenditures — and those were the primary recipients of the program. According to the data, the median monthly income of the treatment group is $1,800, with the average income being $2,700. Both are well below the median household income nationally, which is about $3,500. According to interviews with those participating in the program, 48 percent report to be just getting by financially while 22 percent report going into debt to take care of themselves and the others in their household. It certainly isn't for lack of trying, either. According to the data, 43 percent of recipients are working full or part-time and another 11 percent are actively looking for work. Twenty percent report suffering from a disability that interferes with their ability to work, while eight percent are retired and five percent are students. Just two percent said they are not looking for work. Many are also not alone in their homes and are responsible for taking care of aging parents, young children or others who may not be able to fully support themselves.

Receiving $500 per month represents a 30 percent infusion of cash per month significantly changes the financial fortunes of those people, and they appear to be using it responsibly. "They know precisely how to leverage [that money] in a way that will be best for their family and their household," Dr. Baker says.

“In just a few months of disbursements, we’ve heard from so many recipients that they’ve experienced material differences in their lives that will last long past the demonstration,” Sukhi Samra, director of SEED, said in a statement. “Even a short-term, hand-up cash infusion is enough to change lives. Imagine what we could do with a long-term solution.”

There is still a lot of information to be collected as part of the SEED program. As it continues over the course of 18 months, researchers will get a better idea of how the $500 influx affects other parts of people's lives, including their employment status and ability to seek out other opportunities like furthering their education or spending more time with their family. For now, the project is focused primarily on how people are spending the money, and the results seem to suggest that people are spending it responsibly and using it as an opportunity to stabilize their lives and eliminate economic burdens that may cause fear and insecurity.