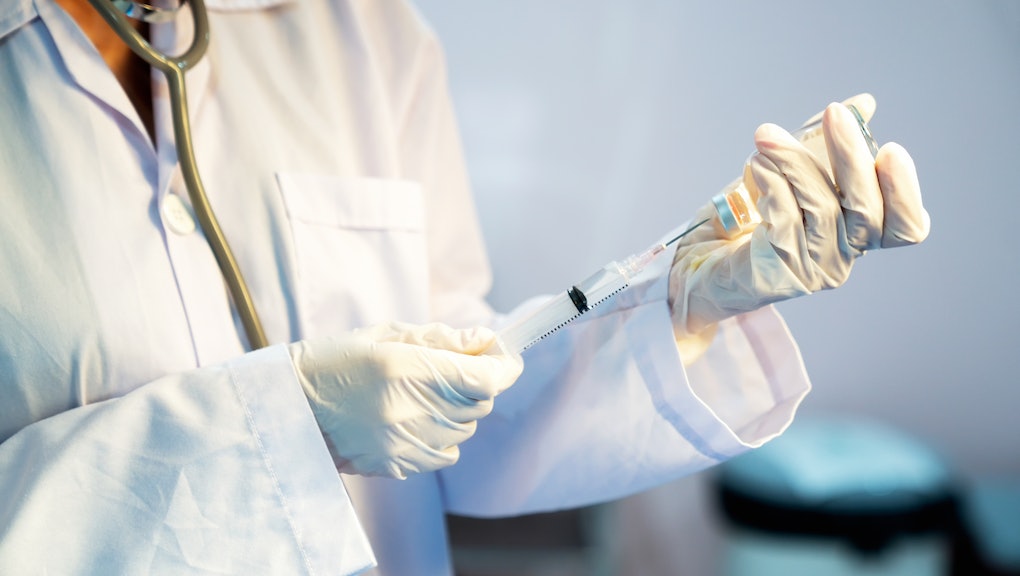 Vaccines are rolling out too slowly. Could half-dosing help?

To call the U.S. vaccine rollout frustrating would be an understatement. As of Saturday morning, the Centers for Disease Control and Prevention reported that around 4.2 million people had received their first doses of COVID-19 vaccines — way below the 20 million people federal health officials had aimed to vaccinate by the end of 2020, the New York Times reports. One way to speed it up, proposed by Moncef Slaoui, scientific adviser of Operation Warp Speed, is to give some people two half-doses of the Moderna vaccine rather than two full doses.

For those who need a refresher, the two COVID-19 vaccines the U.S. has authorized so far — made by Pfizer/BioNTech and Moderna — are designed to be given in two doses, three or four weeks apart, respectively. The first dose “teaches” the immune system to identify SARS-CoV-2 by exposing it to a harmless version of important portions of the virus, while the second dose exposes it to these portions again so that it “remembers” them. This makes the immune response to the virus stronger and longer-lasting.

Delivering two half doses of the Moderna could allow us to stretch our limited vaccine supply, experts assert. In clinical trials of the Moderna vaccine, giving participants ages 18 to 55 two half-doses “induces an identical immune response to the 100 microgram dose [the full dose],” Slaoui said on CBS’ Face the Nation.

Federal officials are in discussions with the Food and Drug Administration and Moderna to carry out this strategy, he added. He believes injecting two half-doses on schedule is “a more responsible approach [than injecting a full first dose and delaying the second full dose] that will be based on facts and data to immunize more people.” While we have data on the safety and efficacy of two doses, he said, we don’t have that same data for a single dose. Delaying the second dose might leave people with incomplete or waning immunity, or "maybe even the wrong kind of immune response" in the meantime.

U.K. officials have decided to delay second doses of the Pfizer-BioNTech and Oxford-AstraZeneca vaccines the country has authorized so that more people have the partial protection provided by the first dose, the Times reports, a move that not only Slaoui, but other U.S. officials, strongly disapprove of.

Could administering two half-doses to a segment of the U.S. population work, though? The idea, though intriguing, is still a subject of debate. For now, the U.S. has reserved full second doses of the vaccines for those who've already received their first full dose, to ensure they get both required doses.

Anthony Fauci, the nation’s leading infectious disease expert, said on Sunday that he we need to tackle the root of the problem by streamlining our vaccine distribution, so that we don't need to bother with such workarounds in the first place. Fauci has expressed concern about straying from the doses and schedules followed in vaccine clinical trials. “So my feeling... is let's do it the way the clinical trials have instructed us to do it,” he said on NBC’s Meet the Press. “But let's get more efficient into getting it into people's arms.”

Whatever approach we take, we clearly need to do better. A Washington Post op-ed predicts that at this rate, it would take us a decade to reach herd immunity, which I don't think any of us can stomach, nor should we have to.