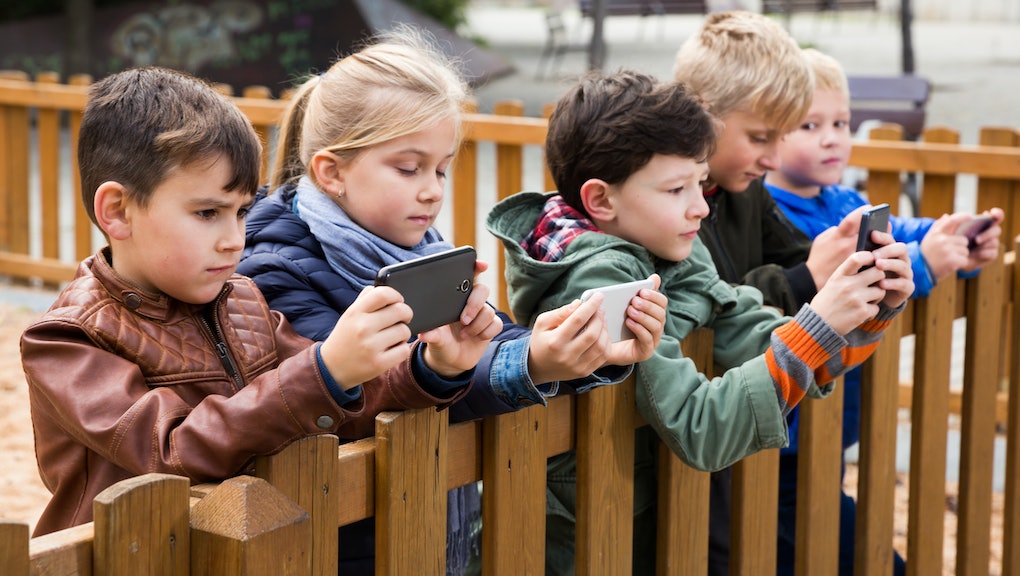 Vermont politician proposes cellphone ban for those under 21

A lawmaker in Vermont is engaging in the ultimate Boomer behavior. Democratic state Senator John Rodgers introduced a bill to the Vermont legislature this week that would ban anyone under 21 from owning a cell phone. If Rodgers manages to gather enough support within the statehouse in Montpelier the proposed law would penalize teens and children found in possession of a phone with a $1,000 fine and up to one year in prison.

The bill borders on the absurd and smacks of some governmental-level helicopter parenting, but Rodgers insists that there is real harm done by putting phones in the hands of kids. He believes that phones are to blame for distracted driving that leads to deadly accidents, enable bullying and are the cause of extremism and radicalization. Within the text of the bill, Rodgers argues:

The issues that Rodgers aims to address with his phone prohibition proposal are very real, and certainly could be served by additional attention from lawmakers. Distracted driving, for instance, is a problem on roads across the country. According to the National Highway Traffic Safety Administration (NHTSA), distracted driving was responsible for 3,166 deaths in 2017 and there are about 1,000 injuries every day in the United States that are the result of distracted driving. However, the suggestion that teens are the primary cause of these potentially fatal accidents is entirely misguided. NHTSA found that drivers under the age of 20 are involved in just nine percent of all fatal distracted driving incidents. A 2015 study conducted by the AAA Foundation for Traffic Study found that teens are not the primary culprits when it comes to using their phone while behind the wheel. While 27 percent of respondents age 16 to 18 reported sending a text while driving, those figures skyrocketed to 45 percent for adults between the ages of 25 and 39. Drivers between the age of 40 and 59 were also more likely than their teenage counterparts to fire off a message on their phone while driving. It's also worth noting that Vermont already has laws on the books that ban use of phones while behind the wheel for new drivers and bans texting while driving for all people on the road. Of course, they don't necessarily stop people from using their phone while driving, but there is already punishments in place for those caught breaking the law.

As for Rodgers' interest in addressing bullying and extremism, the lawmaker's heart may be in the right place but his solution is not. These are issues that are the result of internet, not simply phone access. Pew Research found that while 95 percent of teens have access to a smart phone, 88 percent also have access to a desktop or laptop computer. Taking the phone out of their hands may limit the amount of constant access to the internet that these kids have, but it wouldn't keep them entirely away from the platform where they are experiencing bullying and potentially being exposed to extremist ideologies.

There is evidence that constant access to the internet is not great for kids. In a number of studies, screen use — particularly time spent on social media — has been linked to depressive symptoms in teens, and Rodgers notes that depression and suicide are on the rise among teens. But it's not clear if kids are depressed because they are spending more time on their phones (there is some suggestion that seeing other people's lives on social media causes people to feel worse about themselves) or if teens are spending more time on their phones because they are depressed. A 2018 survey conducted by Cigna found that Generation Z reported feeling more lonely than older generations, but also found that social media use was not a predictor of these feelings. Instead, lack of in-person interactions and physical activity were more likely to serve was worthwhile indicators of depressive tendencies — and this isn't a problem that plagues just kids. Cigna found that nearly half of all Americans report not having a meaningful in-person interaction at least once a day, and age is not a predictor of this sense of loneliness. In fact, one in three elderly people report feelings of loneliness according to the University of Michigan's National Poll on Healthy Aging — and when elderly people feel lonely, they often turn to screens, too.

It's also worth noting that while teens definitely face bullying online, they are not alone in that experience. Pew Research found that a majority of teens — 59 percent — have experienced some form of cyberbullying online. But it's not as if these types of behaviors go away for adults. Pew Research also found that 73 percent of adults have witnessed bullying and abuse online, and 40 percent report to being victims of the behavior — including a whopping 65 percent of young adults between the ages of 19 and 29 having bullying behavior directed at them. Adults may be better at dealing with these types of attacks directed at them, but the research suggests that it's not just teens who are exposed to or participating in this behavior — it is rampant on the internet regardless of a person's age. In terms of radicalization, research does suggest that teens are often more psychologically vulnerable to online radicalization tactics than adults are, but there's little to suggest that adults aren't exposed to this activity. In fact, a study from the University of Akron found that "extremist messages on the internet could easily reach the demographics" and that age is not necessarily a factor in exposure.

Rodgers may have the best interest of kids and young adults in mind when he suggests banning phones for anyone under the age of 21, but his proposal ignores reality: that adults are just as susceptible, if not more so, to the types of behaviors that his bill aims to address. Rodgers' issue should not be with kids but rather with phones and the internet. If he wants to propose banning those things, best of luck to him. His current proposal should be met with a resounding, "OK, Boomer" before being dismissed.