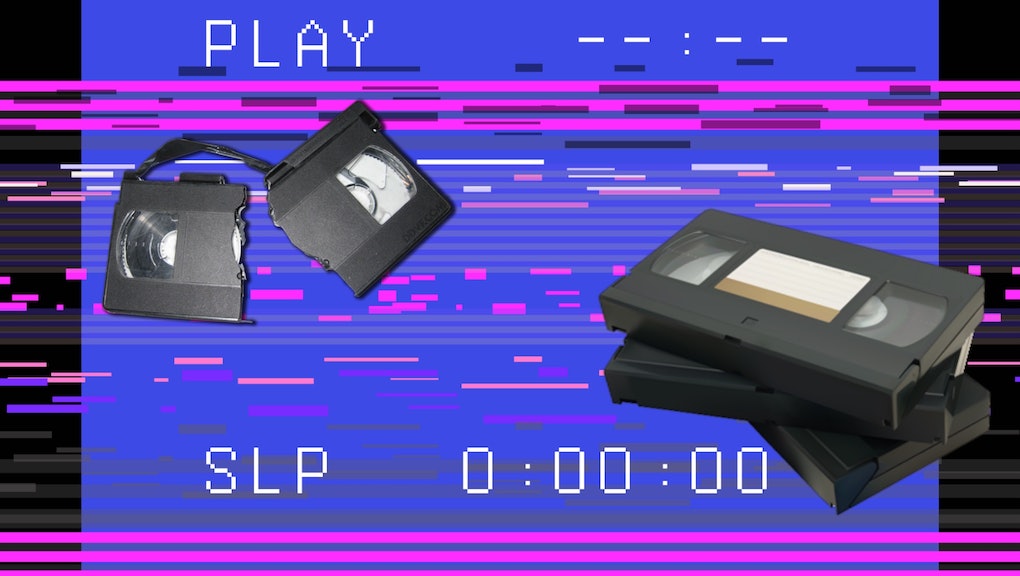 Vintage VHS tapes could be worth a fortune, thanks to the streaming era

In an era when online streaming dominates entertainment distribution, nostalgia for a particularly cantankerous, nearly obsolete way of watching things seems to be on the rise: According to eBay, sales of VHS tapes on the site have grown about 5% year-over-year since 2016, whereas demand for DVD and Blu-ray disks plummeted in 2019.

Unlike vinyl, loved by audiophiles for the richer tone the format gives recorded music, the draw of VHS has little to do with quality. Tapes weren’t built to last. They lose their magnetism with time and repeated viewings, and the film snarls easily. For a physical collection, DVDs make way more sense: they’re relatively indestructible, have better-quality picture and sound, and take up far less space.

But the invention of the videotape shook up the movie industry as drastically as the streaming era is now doing. A huge archive of films instantly became available for home viewing. You could save things airing on live TV to watch later.

VHS also helped democratize the movies by making it possible to shoot a project on a shoestring budget. Much like how modern Hollywood heavyweights chide Netflix for killing movie theaters, the entertainment establishment decried the invention of VHS tapes early on. Jack Valenti, the longtime president of the Motion Picture Association of America, told Congress in 1982 that “the VCR is to the American film producer and the American public as the Boston Strangler is to the woman home alone.”

Ironically, campy slasher flicks are some of the most beloved films you can only find on VHS. In 2015, Yale University bought a collection of 2,700 tapes, mostly horror movies and so-called exploitation films made in the late 1970s and 1980s. David Gary, the librarian who instigated the acquisition, called the trove “the kind of material that lets you get at the id of a generation.”

According to Bloomberg, Yale purchased its collection in bulk from a collector outside Dayton, Ohio, named Joe Pesch, since sourcing them individually would’ve been too pricey. Much like how DJs hunt down rare physical copies of tracks you can’t hear anywhere online, some film buffs are willing to pay top dollar to own pristine copies of out-of-print entertainment that hasn’t made its way to any streaming platforms — and likely never will.

Interestingly, Yale noted the point of its acquisition wasn’t necessarily to save the movies themselves, but to catalogue the unique, now-vintage artistry of VHS design. “People will want to study the labels that were put on tapes, or the tape stock, or the plastic case,” Gary, the Yale librarian, told Bloomberg. “All that stuff tells a story about how it was produced and where it came from that future scholars will want to grapple with in some fashion.”

Nostalgia seems to drive a lot of the priciest VHS auctions on eBay, which isn’t a surprise. After all, streaming services have spent millions outbidding each other for beloved old shows like Friends and The Office in recent years, and audiences’ appetite for reboots appears insatiable.

According to eBay’s data, a handful of VHS titles sold for more than $10,000 in the last two years, and 22 out of the 25 most expensive tapes sold on the site since 2017 were Disney movies. eBay reported a first-run edition of Beauty and the Beast from 1991 sold for $60,000 in 2017. A copy of Aladdin from 1992 went for $28,000 the same year, and Toy Story on VHS auctioned for $25,000 in 2019. Mic requested more detailed information about these listings, like the condition of the tapes and demographic info on the collectors who shelled out for them, but an eBay representative told us expired listings, sold or not, weren’t accessible after the fact.

In truth, Disney tapes are strikingly common, and a lot of eBay listings asking thousands for “rare, Black Diamond edition” tapes are scams. All the “Black Diamond” denotation means is that the tape was one of the first-run 18 Disney animated “Classics” released on VHS between 1988 and 1993. So if you were a kid in the 90s and you begged your parents to buy The Little Mermaid or Aladdin as soon as it came out, you probably have one of these tapes in a box somewhere.

While reporting this story, I actually dug a box of old VHS tapes out of my parents’ basement to see what they might fetch on eBay. A few hours of onscreen browsing later, I came to the disappointing conclusion they weren’t worth squat. Well, between $5 and $15 apiece. This all tracks: the launch of Disney+ made the Mouse’s huge catalogue available online to subscribers, driving down demand for even titles that’d once languished in the Disney vault. eBay confirmed the average sale price for a secondhand VHS on the site was $11, which (when you factor in shipping) just doesn’t seem worth the trouble.

Still, eBay’s data points to a VHS comeback in general, which is a trend worth noting in an era when there’s more available to watch online these days than is humanly possible to consume. The draw of rare VHS titles likely indicates an appetite for culture that hasn’t been gobbled up digitally and made available for wide consumption. It’s a throwback to an era when, to be well-versed in culture, you had to put in the time and money sitting in the cinema, scouring bins at the record store, and perusing the shelves of your local video rental. This hypothesis also explains who’s shelling out for old VHS on eBay: rich film snobs. How much do we want to bet that Leonardo DiCaprio has a sick collection of tapes entombed in one of his mansions somewhere? I think the odds are good.