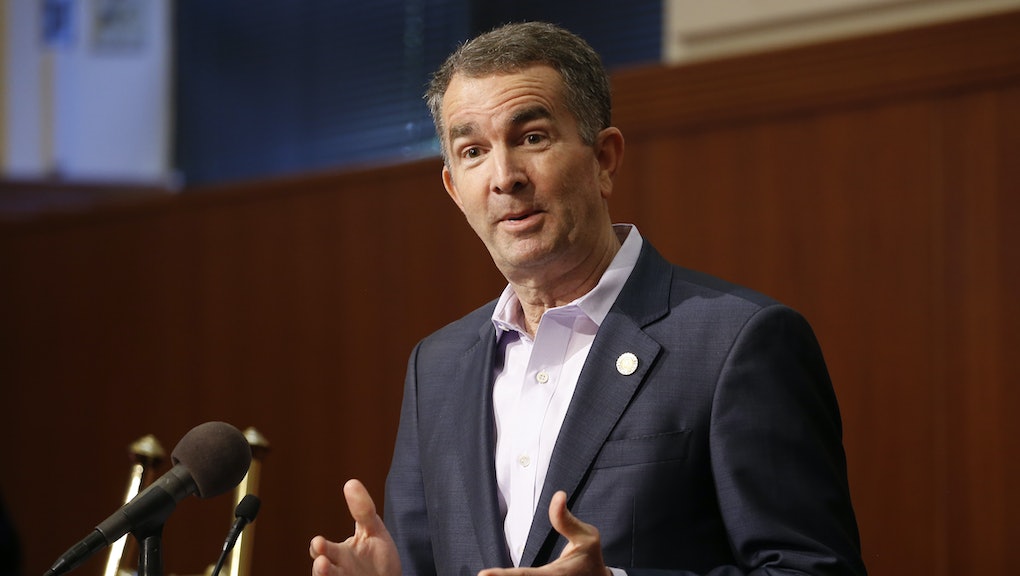 Over the weekend, Virginia Gov. Ralph Northam (D) signed a flurry of new laws, capping off a highly productive session for a state legislature that came under full Democratic control last year for the first time in generations. While he didn’t sign every bill presented to him, Northam and the legislature’s ambitious actions indicate how much a Democratic majority can accomplish at the state level — highlighting the importance of down-ballot and local elections at a time when all eyes are on the White House.

Chief among the bills Northam signed are several aimed at expanding access to the ballot box. Crucially, Virginia rolled back the requirement that voters show a photo ID before voting. Republicans have pushed voter ID laws around the country, and have consequently faced extensive pushback from groups like the ACLU which have accused them of using the false specter of voter fraud to suppress minority votes.

In addition, Election Day will now be a state holiday in Virginia, making it easier for working people to get to the polls. In a potent symbolic move, Northam signed a bill replacing the state holiday of Lee-Jackson Day — which commemorated Confederate generals — with Election Day. And even if voters can’t make it to the polls on the new state holiday, they’ll have expanded opportunities for early voting; the election bills also expanded the early voting period to 45 days and removed the requirement that voters provide a reason for voting early. Furthermore, the state will now allow people to register to vote whenever they visit the DMV and extended the voting time by an hour on Election Day.

“Voting is a fundamental right, and these new laws strengthen our democracy by making it easier to cast a ballot, not harder,” Northam said in a statement. “No matter who you are or where you live in Virginia, your voice deserves to be heard. I’m proud to sign these bills into law.”

“I’m grateful to the governor for his partnership in breaking down barriers to voting, and ensuring all Virginians have the opportunity to exercise this fundamental right,” said Democratic state delegate Charniele Herring, the majority leader of the Virginia House of Delegates.

"No matter who you are or where you live in Virginia, your voice deserves to be heard."

In addition to his moves on voting rights, Northam also signed a series of criminal justice reform measures into law. These include raising the threshold for felony larceny from $500 to $1000 and permanently ending the harmful practice of suspending driver's licenses for people who have outstanding court costs. Northam also signed the Virginia Clean Economy Act, which provides a framework for transitioning the state to 100% renewable energy in the coming decades, and furthermore signed a bill decriminalizing marijuana in the state. Simple possession of the drug will now only result in a $25 civil penalty.

“Decriminalization is an incredibly important first step, and one that many thought we may never see in Virginia, but we cannot stop until we have legal and regulated adult use,” said Virginia Attorney General Mark Herring in a statement.

While all of the above laws represent important wins for progressives, Northam made a few moves that have rankled left-wing groups. He sent a series of high-profile labor bills back to the legislature, including one that would raise the minimum wage and another that would expand public sector unions, asking for delayed implementation because of coronavirus. As written, the minimum wage bill would increase the wage in the state from $7.25 to $9.50 on Jan. 1, 2021, and up to $12 by 2023.

Northam asked for the law to instead be implemented a few months later, on May 1. "This will ensure workers get the support they need while allowing greater economic certainty in the wake of the COVID-19 pandemic,” Northam’s office said in a press release. He offered the same rationale for delaying the public sector unionization bill.

A group of labor union representatives in the state protested his moves in a press statement. “Choosing May of 2021 as an effective date also leaves open the possibility that the governor will go back to the General Assembly next session and ask for yet another delay. It is easier to postpone a freedom than it is to take one away,” the coalition said.

While it’s encouraging that Northam is willing to back these measures, his delays provide a concerning window into the halting progress that Democratic governors can make when given the green light to expand on certain liberal priorities. Look no further than New York Gov. Andrew Cuomo, who recently rolled back bail reform and cut Medicaid in a New York state budget while simultaneously receiving media praise for his handling of the coronavirus outbreak in his state.

Virginia’s General Assembly, which has a Democratic majority, will take up Northam’s amendments in a session later this month. Until then, the Virginians who swept Democrats into power last year can witness the far-reaching results of their vote.