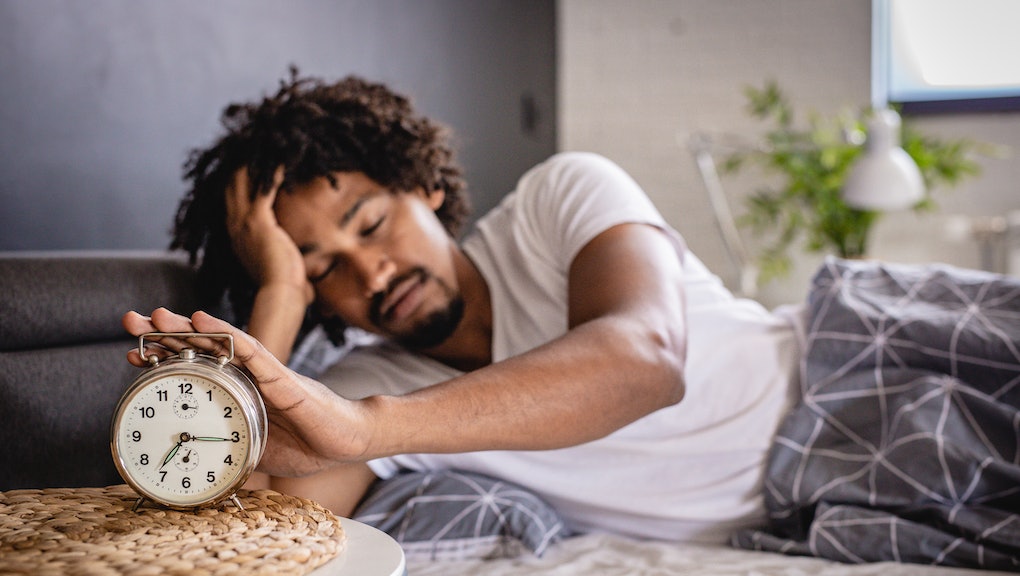 If your attempts at passionate lovemaking are sometimes hindered by the occasional case of limp fettuccine, it could be a sign that you're not getting enough sleep.

This is one of the messages that Huffington Post founder Arianna Huffington hopes to spread as she gears up to promote her forthcoming book, The Sleep Revolution: Transforming Your Life, One Night At a Time. At the American Magazine Media Conference on Tuesday, the media maven told the audience that "sleep can actually be an alternative to Viagra," the Cut reports.

"We promote just about everything to make us healthier and make us more potent, but it's something in our hands that we are in control of that can do these things," Huffington, who encourages her employees to take lil' naps here and there, said. "Sex is free, sleep is free."

Hear that, dudes? For harder Ds, just catch some Z's.

So do actual dick doctors (or urologists, whatever) agree that sleep can help men overcome erectile dysfunction?

Turns out they actually do!

"Most testosterone is produced while sleeping," he wrote. "Therefore, it is not surprising that disorders that decrease total sleep or disrupt sleep could affect sexual function... If you suffer from erectile dysfunction and have sleep issues, be sure to discuss them with your health care provider. You may not have to continue taking that 'little blue pill' after all."

And it's not just a penile situation. Women's sex drives have been said to be just as susceptible to the libido-killing effects of sleep deprivation. "Sleep is essential for your sex drive," Shahnoz Rustamova, a New York City gynecologist, told Prevention in 2014. "Lack of female testosterone can decease desire."

While erectile dysfunction is typically thought of as an older man's burden, this info could be surprisingly relevant for men of all ages. Mic spoke to a number of 20-something men with ED last year and found that the condition is present in more millennial bedrooms than one might think. A 2013 study published in the Journal of Sexual Medicine determined that one in four men diagnosed with ED are actually young men under the age of 40.

Of course, this could be due to a number of factors, from heart disease to psychological stress to medication side effects. But it's worth noting that millennials in particular are known for being a sleep-deprived bunch. The American Psychological Association reported in 2013 that "in particular, millennials are more likely to say they do not get at least eight hours of sleep because they stay up too late (52% compared with 36% of Gen Xers, 29% of Boomers and 22% of Matures)."

Other studies have pointed to a number of possible reasons for the late bedtimes, from stress to medical conditions to social media addiction. Many of the participants surveyed in the 2013 APA study said that "they have too many things to do and do not have enough time" as a justification for their shitty sleeping habits.

This may be true or whatever, but we have a feeling that once men find out their boners are at stake, plenty of their lengthy to-do lists will somehow magically evaporate into nothingness.

This article was originally published on Feb. 3, 2016