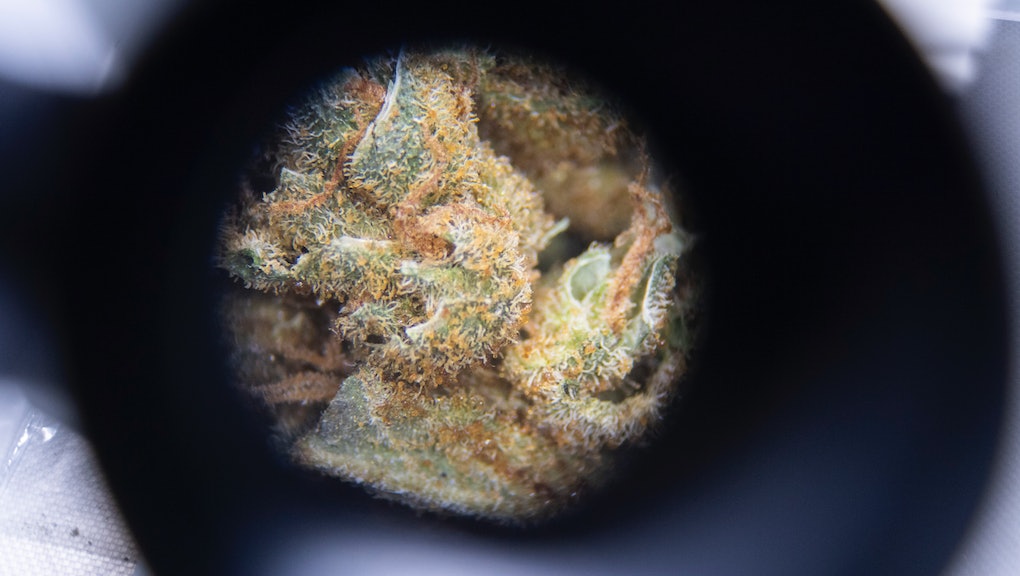 Want to study cannabis chemistry? This Michigan university is now offering a scholarship

More and more states are loosening restrictions on cannabis to varying degrees, with New York becoming the 15th state to legalize the herb for adult recreational use last week. Ensuring the safety and potency of cannabis products remains a challenge, though. To help bring rigorous, science-based standards to the budding industry (sorry), Lake Superior State University in Michigan started the nation’s first cannabis chemistry program in 2019. On Monday, the school announced that it’ll also begin offering a scholarship for cannabis chemistry students, CBS News reports.

According to a university press release, Michigan-based research facility Steadfast Labs set up the $1,200 scholarship. Applicants must have a GPA of at least 3.0, and must be in at least their sophomore year to qualify. Those living in Wayne and Oakland Counties, which Steadfast Labs serves, will get priority. Steven Johnson, Dean of the College of Science and the Environment at LSSU commended Steadfast Labs for showing “their commitment to supporting future chemists who will enter the workforce and provide public safety in the cannabis field.”

LSSU’s cannabis chemistry program claims to be the first degree program in the country specializing in the compounds and contaminants associated with cannabis, including not only the high-inducing compound tetrahydrocannabinol (THC), but also the supposedly calming cannabidiol (CBD), terpenes, and more, CBS News reports. It awards degrees in cannabis science, cannabis chemistry, cannabis production, and cannabis business.

CBS News notes that LSSU seems to be part of a larger movement to formalize cannabis education and meet the weed industry’s demand for college grads with a background in the plant. The University of Maryland and Cornell University have also expanded their offerings to include courses on cannabis use, cultivation, and law, according to the outlet.

“There is a burgeoning demand for highly skilled scientific professionals in the cannabis space, especially in the fields of research and clinical trials, product development and manufacturing, analytical testing, quality control, and regulation,” Julia Bramante, Cannabis Chemistry Subdivision Chair of the American Chemical Society, stated on the LSSU cannabis chemistry program website.

Indeed, the cannabis testing sector is still relatively new. Measurements of cannabis product potency can differ among testing labs, and there have been recalls of products contaminated with shady substances like heavy metals and pesticides, The Scientist reports. LSSU’s cannabis chemistry program could help inform regulation of the fast-growing cannabis space, so that the products consumers put in their bodies actually contain what’s printed on the label, and nothing else.

More like this
Uncontrollable, weed-induced vomiting is on the rise, according to new research
By Tracey Anne Duncan
For young people, it’s weed over alcohol during stressful times
By Melissa Pandika
'Nine Perfect Strangers' is a deranged portrait of psychedelic wellness retreats
By Erin Qualey
Stay up to date