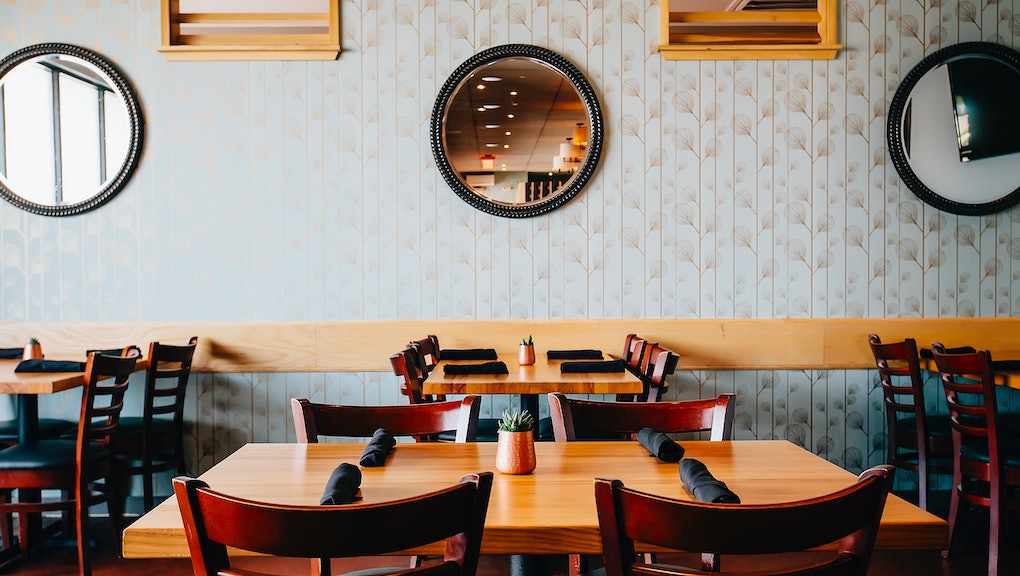 Watch how swiftly coronavirus can spread in a restaurant

Across the country, a number of states have begun reopening, including restaurants, albeit with precautionary measures. Yet despite the huge toll the pandemic has taken on the restaurant industry, many owners worry that reopening isn’t safe right now. A new study from China showing how easily the novel coronavirus can spread in restaurants suggests their fears are warranted, reports CNN. Here’s why reopening restaurants will be extra tricky.

In a recent video, CNN Chief Medical Correspondent Sanjay Gupta said scientists are still teasing apart the details of how the novel coronavirus spreads. So far, we know it spreads easily, possibly even by those without symptoms. The droplets an infected person spews when they sneeze, cough, or talk, which contain the virus, can settle in the noses and mouths of neighboring individuals.

Gupta then explained a study of “a real-life example” of novel coronavirus transmission in a restaurant. The New York Times reports that the incident occurred at a restaurant in Guangzhou, China in January.

In the CNN video, an animation of patrons sitting at five tables showed one person, labeled A1 and highlighted in red, who was already infected without realizing it, Gupta said. Four of A1’s family members, seated at the same table, plus five people at two adjacent tables, also highlighted in red, became infected, too. The Times points out that the four family members might’ve contracted the virus outside of the restaurant, but the other five likely caught it at the establishment.

The study concluded that the air conditioner’s strong air flow carried the infected person’s virus-laden droplets to nearby tables, Gupta said. The observation that the diners who fell ill were limited only to those at the same table as A1, and the two adjacent tables, suggests the virus spreads primarily through larger respiratory droplets, not smaller aerosols, which can remain in the air for longer periods of time (a way scarier scenario), per the Times.

Still, “it’s a reminder of how contagious the virus is,” and explains the worry among experts about reopening spaces where people spend extended periods of time in close quarters, Gupta said.

The findings are set to appear in Emerging Infectious Diseases, a journal published by Centers for Disease Control and Prevention, in July, the Times reports. Like all studies, this one has its limitations, including a lack of experiments to model airborne transmission.

Nonetheless, it spotlights the challenges restaurants need to confront, the Times notes. For instance, since airflow from ventilation systems allows viruses to say afloat, positioning tables six feet apart, the minimum distance the CDC advises for social distancing, might not provide enough of a buffer. At this point, reopening a restaurant would require gambling with a highly contagious virus, on top of many unknowns — which just doesn’t seem worth the risk.