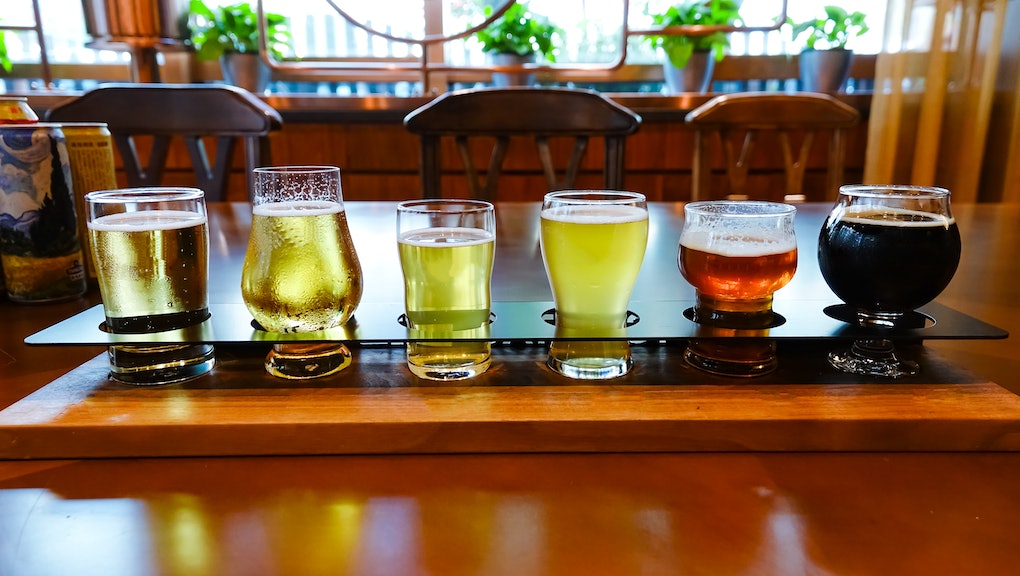 We brewed beer from recycled wastewater – and it tasted great

In addition, climate change is predicted to increase the severity of floods and droughts, which in some places will limit water availability and reduce water quality. In some Canadian watersheds, like the South Saskatchewan River Basin in southern Alberta, licenses for new water withdrawals — for municipal, agricultural, industrial or other uses — have reached their limit. To continue to sustain or grow populations and economies, more is going to have to be done with the same amount of water, or even less.

But water can be reused. It can be repurposed, following treatment, for drinking water and non-drinking water, such as car washes, and can be part of the solution to help communities build water resilience in the face of growth and climate change.

It can also be transformed into beer.

One of the barriers to widespread water reuse is the perception that Canada has an endless supply of freshwater. There’s also the yuck factor: people have a hard time thinking about drinking or cooking with water that someone else showered in or, worse still, flushed down the toilet. Together, that means there is little market pull to drive innovation.

The division of water management between different levels of government and their ministries or sub-groups leads to fragmented systems that are not managed as a whole but rather as individual parts. This management siloing means decisions and communication often lack a whole-watershed perspective. A lack of regulations describing the standards for treated water, particularly for direct potable reuse, means there is little push to create solutions.

What many people do not realize is that we already drink diluted wastewater today, after it has been through a treatment plant and spent time in lakes or rivers, called environmental buffers, where natural processes provide additional treatment. Direct potable reuse is the process of taking wastewater and treating it to drinking water standards without using a reservoir or aquifer as an environmental intermediary.

Technologies exist to produce direct potable water from wastewater — astronauts living on the International Space Station have known this for two decades. But there is a lack of regulations in almost all jurisdictions, with the exception now, of Alberta.

Treating municipal wastewater for potable reuse involves using a variety of technologies to clean it and remove disease-causing organisms, called pathogens. The water is treated by physical screening and settling of solids, biological processes that remove nutrients. Filtration and treatment with highly reactive forms of oxygen, comes next, followed by ultraviolet radiation.

To turn wastewater into beer, the collaboration took wastewater from a treatment plant and ran it through a series of sophisticated purifying steps: ultra-filtration, ozonation, UV radiation, and reverse osmosis.

The idea was to remove and inactivate several types of pathogens, including Giardia and Cryptosporidium, parasites that cause diarrhea, and viruses like Norovirus and SARS-CoV-2. The treatment reduced the number of pathogens in the treated water by a factor that exceeded 10 trillion for bacteria and viruses and one trillion for Giardia and Cryptosporidium.

The collaboration used standards based in other jurisdictions that already produce direct potable water, including Singapore, Germany and California. It also met all specifications of the Canadian Drinking Water guidelines for organics and metals.

So, how did the beer taste? It tasted great! Attendees at the launch enjoyed drinking the beer and many sampled more than one.

In the future, if we can do more with the same amount of water or use water multiple times, it will mean there will be less demand for new water. The use of technology to treat and reuse water, whether it be for watering parks, flooding ice rinks, fighting fires or washing cars and buses, can be part of a solution to reduce demand for new water, mitigate impacts from growing populations and changing climate, and provide resilience to water-scarce communities.

This article was originally published on The Conversation by Leland Jackson at the University of Calgary. Read the original article here.

More like this
The "male" or "female" brain thing is not real after all
By Lise Eliot
The ethics of solar power are more complicated than you think
By Vanessa Taylor
Biden's pledges aren't enough to avoid the worst effects of climate change, new study says
By AJ Dellinger
Stay up to date