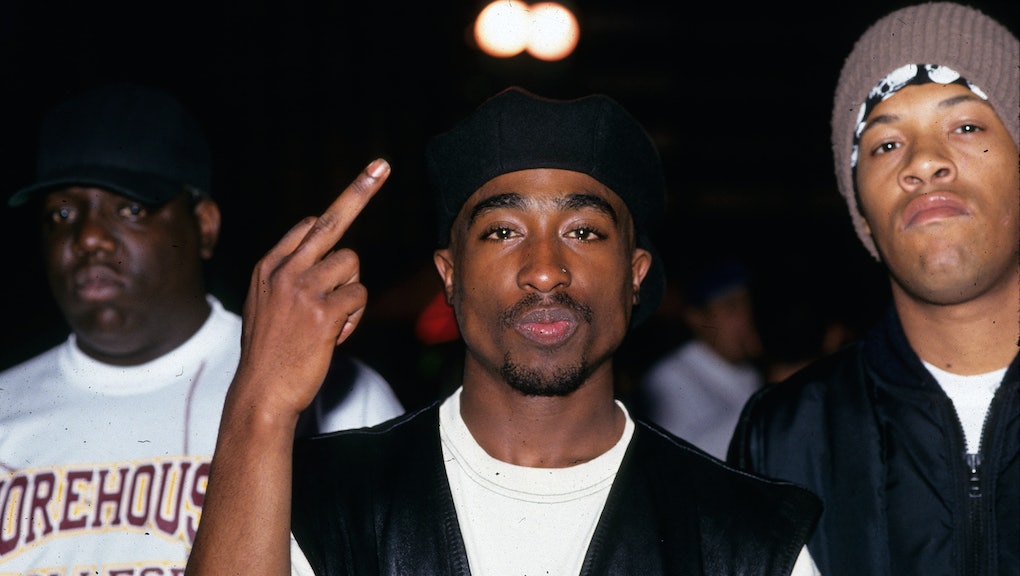 We don't need another Biggie and Pac murder mystery doc. We need answers

It seems every few years since the Notorious B.I.G. was murdered in 1997, six months after the death of rival Tupac Shakur, there's another documentary or book looking into why these two murders are still unsolved. Well, in a few weeks, there will be another, as filmmaker Nick Broomsfield's Last Man Standing: Suge Knight and the Murders of Biggie & Tupac will be released in theaters on August 20 before heading to streaming platforms. And this really needs to be the last documentary on these two murders until we get these cases solved.

Last Man Standing: Suge Knight and the Murders of Biggie & Tupac will dive back into the feud between the two rap titans along with examining theories and allegations surrounding the two murders in the 25 years since the Notorious B.I.G was murdered on March 9, 1997 in Los Angeles. The primary allegations the film will focus its attention on come from former Los Angeles Police Department detective Russell Poole, who alleged former LAPD officer David Mack was closely connected with Death Row Records founder Suge Knight and was complicit in covering up the murder of the Notorious B.I.G. The documentary may also take a look into the wrongful death lawsuit filed by Notorious B.I.G.'s mother Voletta Wallace and his family in 2002, before amending it toward the LAPD in 2007, alleging a police conspiracy in the killing of the late rapper. The lawsuit was dismissed in 2010, but Last Man Standing: Suge Knight and the Murders of Biggie & Tupac filmmaker Nick Broomsfield knows the LAPD intentionally "derailed" the Wallace family's honest efforts at seeking the truth.

"I really believe that the LAPD were involved [in the murder of Biggie Smalls] and I really believed in Voletta’s lawsuit. I was horrified to see the way they were sort of derailed constantly by the LAPD and their machinations," Broomsfield told Variety in an interview.

This is Broomsfield's second go at the uncovering the truth around the two most popular unsolved murders in hip-hop history. Broomsfiled's first attempt was his 2002 jaw dropping documentary Biggie & Tupac, which were some of the first times the general public found out about Poole's allegations. In the trailer for Last Man Standing, Broomsfield can be heard remarking how people are more open to speaking about the murders now than they were when he was making Biggie & Tupac. The trailer attributes the change of heart to the passage of time and Suge Knight's terrifying influence being diminished by the 28 year prison sentence Knight has been serving since 2018. Broomsfield told Variety he hopes the doc can bring "some kind of resolution" to the murders, and the trailer features voices outright pinning the murders on Knight while still being fearful of having their face attached to those opinions.

But, we really don't need another Biggie and 'Pac doc. We need actual justice to be served.

Along with Broomsfield's Biggie & Pac, there have been books alleging Bad Boy Records founder Sean "P. Diddy" Combs of paying for the murder of Tupac, Johnny Depp starring as Poole in a film about his investigation into the murders, 10-episode TV series about the murders, and enough conspiracy theories floated around to turn two actual murders into merely a hip-hop trivia fact. Similar to how HBO's docuseries The Jinx motivated authorities to arrest murderous real estate scion Robert Durst for the 2000 murder of writer Susan Berman, Last Man Standing will hopefully be damning enough to lead to arrests, indictments, or at the very least an acknowledgement from the Los Angeles Police Department of complicity in these murders, a claim which looks truer with every passing year.

A month before Last Man Standing world premiered, ex-FBI agent Phil Carson told the New York Post he had evidence of LAPD officers were involved in the murder of the Notorious B.I.G. He alleges Knight financed the assassination carried out by Amir Muhammad, who has never publicly spoken on the murder. Carson was on the case for two years and claims U.S. Attorney's Office for the Central District of California refused to press charges because of the hit the LAPD's reputation would take during a time when it was trying to repair its image following the 1992 beating of Rodney King perpetrated by LAPD officers.

Muhammad, Knight, and Mack are all alive and all have been central to every credible theory on the murders of Notorious B.I.G. and Tupac. With Last Man Standing being released so closely to Carson's revelations, it's time for this to be the last documentary before we, and the families of the two slain rap legends, get closure no 90-minute theater experience could ever give.