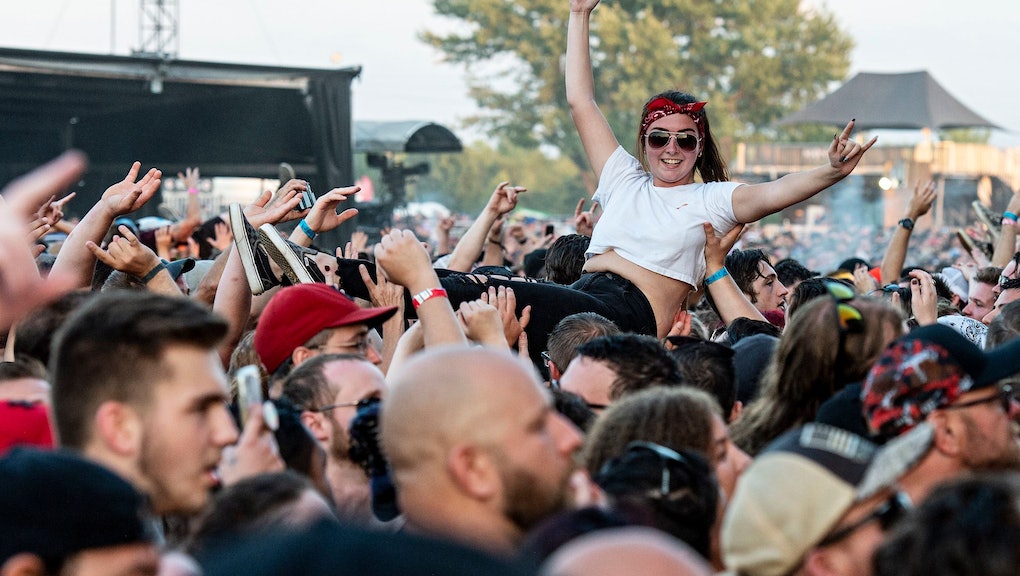 We might not be able to go to concerts until fall 2021, experts say

Every time a major event is rescheduled, it casts a grim new forecast on how long we’ll be in a state of lockdown. The cancellation or postponement of Wimbledon, Burning Man, and the Olympics, suggest that we won’t be able to fully open the economy until after this summer. But according to a lengthy report from New York Times Magazine over the weekend, mentally penciling in a return of late summer or fall might be drastically understating the timeline for large gatherings to resume.

The whole report paints a harrowing picture of how prolonged and deep the wounds from this crisis will be, relying on a vaccine or at the least a reliable treatment before something resembling normalcy can resume. As part of a roundtable video conference with a number of leading health, ethics, and economics experts, Zeke Emanuel — Rahm’s brother and a bioethicist for the Center for American Progress — favors a staggered, specified approach to re-opening the economy. This means certain industries that can keep proper distance, like construction, manufacturing, or offices, could feasibly open earlier. The picture is far more dire for events with large crowds.

“Larger gatherings — conferences, concerts, sporting events — when people say they’re going to reschedule this conference or graduation event for October 2020, I have no idea how they think that’s a plausible possibility. I think those things will be the last to return. Realistically we’re talking fall 2021 at the earliest,” Emanuel said.

The major sports leagues — if not the seasonal workers dependent on those six months of labor — can potentially weather crowd-less events with realigned television deals, but that’s a luxury that live music can’t really afford. Live streams are an inadequate stopgap for artists, venues, promoters, and touring crew if this really will extend to a 12 to 18 month outlook for inessential large gatherings.

Emanuel believes that if necessary measures are taken and maintained, we could begin to ease restrictions by June. The panel discussed a plan to open summer camps as a sort of test ground for resuming schools and universities in the fall, minimizing the risk to younger, low-risk segments of the population. Many of the experts surveyed backed the idea of opening restaurants with diminished capacity, although that alone won’t provide relief to the millions of displaced service workers who may not be able to resume their job at normal hours.

It’s also difficult to imagine how large gatherings will be defined going forward. Not every concert is a stadium show or Burning Man-level risk for transmission, so there could be a possibility for small or mid-sized artists and venues to resume touring with hard capacity caps and distancing measures in place at the show. It wouldn’t be anything resembling a permanent solution, but those measures could preserve at least some of the live music industry that might not emerge from this intact.

More like this
The reason Simone Biles quit was more heartbreaking than we could've ever imagined
By Brandon Yu
The 8 best reality shows you're not watching, but should be
By Brandon Yu
The Fugees' first show in 15 years begs the question: Can you be disappointed by a miracle?
By Keith Nelson Jr.
Stay up to date