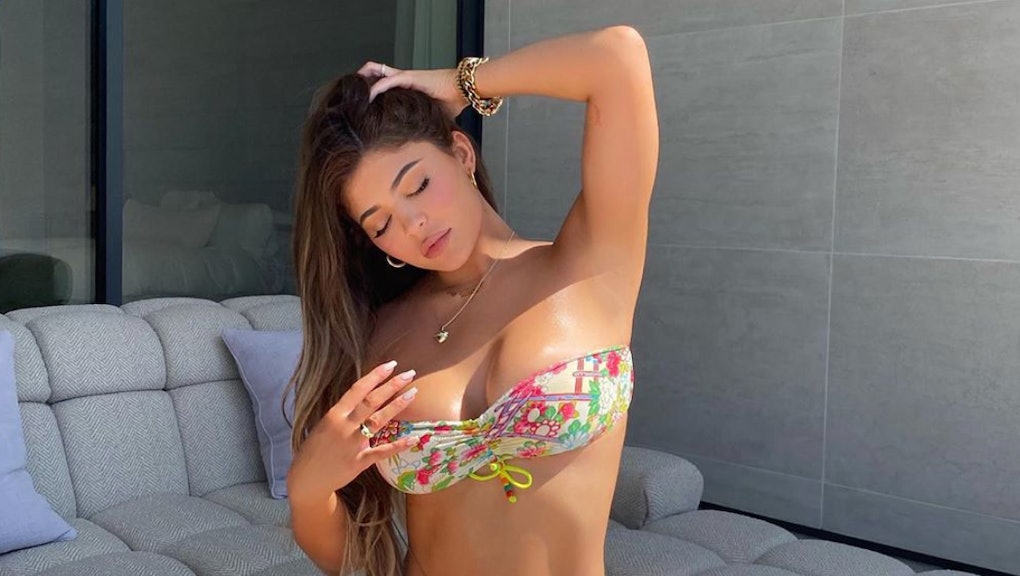 It's not unusual for Kylie Jenner to share stripped down shots with her nearly 200 million Instagram followers, but last month's sexy swimsuit pic had a message “But are you registered to vote? click the link in my bio.. let’s make a plan to vote together,” she wrote in the caption, which directed folks to Vote.org. The thirst trap was just another in a long list of celebrity stunts being used to encourage fans to cast their ballot in the upcoming election — and Jenner’s seemed to work. Compared with the day before, Vote.org reported that it saw a 1,500 percent increase in use through Instagram.

But, will celebrities stripping down be enough to actually get young voters, the most influential voting block this election, to the polls?

Voting initiatives from Rock The Vote to the non-partisan music-based organization Headcount have turned to celebrities and influencers to convey the importance of casting a ballot, often in hopes of motivating young people to vote. But the 2020 election has brought on a new set of challenges for Gen Z and millennial voters who already have historically low turnout at the polls. States across the country are facing dire poll worker shortages, record numbers of absentee voters, and of course, a deadly pandemic. While getting young people registered is a good start, what they really need is information on how to navigate these obstacles and make sure they show up this November.

“Some celebrities’ posts can definitely feel performative, especially when they provide little to no information about the actual voting process (just telling people to do it- look at how politically conscious I am!),” said 18-year-old Aya Collyer, a member of the Ohio Student Association (OSA), an organization helping develop a youth electorate. “Sharing actual information feels like the best strategy to me, since there are so many things that can get your ballot invalidated. Opening the conversation is a start, so it’s important to bring up as many potential challenges as possible, to at least get people thinking about a plan for how to handle them.”

Of course, not all celebrity voting PSAs are the same. Some have used their platforms to share useful information and share stories. “I have seen some great posts from celebrities like Denzel Curry, sharing their personal stories and explaining why they may have changed their previous decision not to vote and really empathizing with viewers coming from all different places in their relationship with voting,” added Collyer. “I think stories like that can be really powerful, because people can relate and may be more inclined to listen rather than just look at celebrities parading their naked bodies around.”

But, with so many famous folks filling our feeds, they need to use their platforms to share the information young people care about. Even after decades of celebrity-driven voting campaigns, MTV’s Rock The Vote criticized the effectiveness of famous folks engaging young voters writing in a press release in 2008, “celebrities are often imperfect spokespeople who can hijack the message of youth organizers at work in the trenches… and their presence often obscures the truth about youth organizing – that it takes hard work in the field, not a lot of flash and bling, to drive young people to the polls.”

If the years since the 2016 presidential election proved anything, it’s that youth activism thrives on peer-to-peer outreach. Teens around the country are working hard to get their peers engaged from signing up to work the polls, to sending digital reminders for important voting deadlines. This kind of educational outreach is what celebs should take note of.

“The most important aspect of any celebrity-driven campaign is being able to see that the principle genuinely believes in the message that they are sharing,” explained 21-year-old Lawton Ives, a student fellow for the Campus Election Engagement Project. “In all voting related messaging though, I think it is important for people to acknowledge the difficulty that many people face in understanding the process and provide resources to help voters make a plan. Simply telling young people to vote can be like a parent telling a child to do their chores, while connecting people with information they need to make their voice heard can make the messaging more empowering.”

Gen Z and Millenials make up a greater share of the eligible voting population than has ever been the case, according to Brookings Institution, which means they will play a pivotal role in the 2020 presidential election — especially in swing states. During the midterm elections earlier this year, voter turnout among 18- to 29-year-olds went from 20 percent in 2014 to 36 percent in 2018, the largest increase for any age group, but it’s still a low percentage.

“A lot of young people feel disillusioned about the democratic process and politics as a whole in our nation,” said Darlene Moorman, who is a digital fellow for OSA. “Hearing about the issues that resonate with celebrity figures and how those real issues connect to the election is a valuable way to combat that sort of disillusionment.”