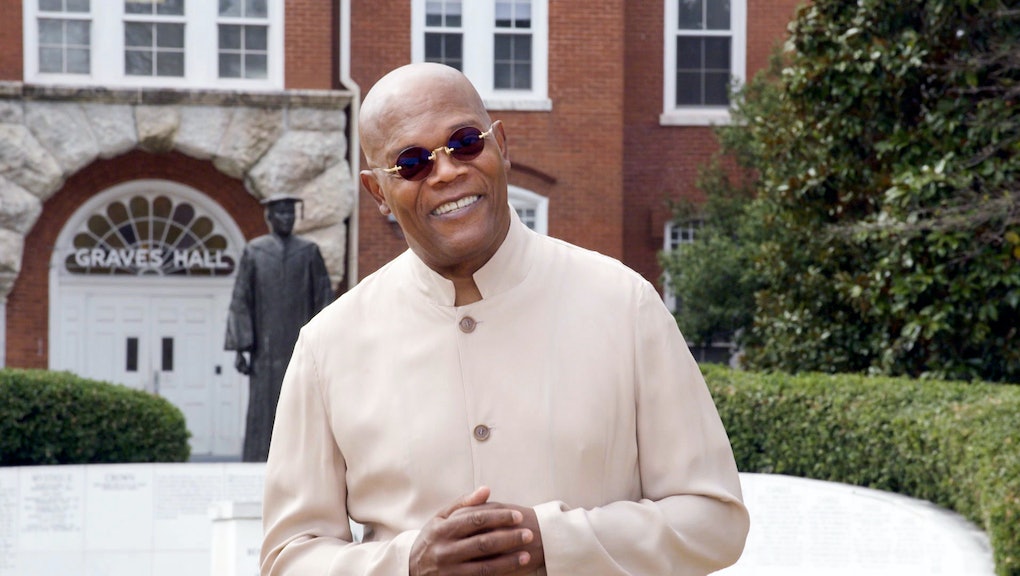 Samuel L. Jackson has been acting longer than any player on the NBA champion Los Angeles Lakers has even been alive, and distilling that wealth of cinematic history into a top 5 list is an unenviable task. Yet, the man himself went on The Late Show with Stephen Colbert to unveil his five favorite movies — and shocking is an understatement. His top five list is: Long Kiss Goodnight (1996), A Time To Kill (1996), Jackie Brown (1997), Red Violin (1998), and One Eight Seven (1998). Even by Jackson’s own apparent logic, he is way off on what the best Samuel L Jackson movies are.

To him, his best films are the ones where he’s played a private investigator helping a school teacher with amnesia, a father on trial for killing his daughter’s rapists, a tempermental gun trafficker, a violin appraiser, and a high school teacher going against a gang, respectively. Clearly, Jackson leans heavily on the films shrouded in conspiracy and crime, so no wonder his jedi work as Mace Windu in any of the Star Wars films he’s appeared in was nowhere to be found. The man who was crowned the highest-grossing actor in 2011 also doesn’t put much stock in blockbusters as none of the five films reached more than $152 million at the box office. So, that eliminates the entire Marvel Cinematic Universe he’s helped build.

Most surprising of all is not so much what films he picked, but what years. For an actor who has appeared in films since 1981, Jackson seems under the delusion that his best work only occurred in the 1990s. With that sort of thinking, it’s no wonder culture shifting films like 1988’s Do The Right Thing, 2004’s The Incredibles, and 2000’s Shaft were nowhere on his Top 5. With all of that taken into consideration, Jackson’s list still has a number of glaring omissions.

If he likes 1990s emotional drama films that weren’t blockbuster hits, why in the world was his captivating role as troubled father Louis Batiste in 1997’s Eve’s Bayou not included in this top 5 list? Many may argue that Jackie Brown is better than Pulp Fiction, but none can argue against one of the most recognizable roles Jackson has ever played was the latter film’s jheri curl-dripping, gun-toting hitman Jules Winnfield. Pulp Fiction’s $200 million+ box office may have swayed him away from the Tarantino classic. If so, mistakes were made.

Confining his best work is doing a disservice to the breadth of one of the best filmographies. Leaving the unnervingly spellbinding performance as Mr. Glass in Unbreakable and the unequivocally entertaining Frozone in The Incredibles off any Samuel L Jackson movie list feels criminal on a spiritual level. Then there’s the fact that none of his top five films had a Black director, even though he’s worked with great Black filmmakers Spike Lee, The Hughes Brothers, and Ernest Dickerson, to name a few.

When Jackson delivered this questionable list he was speaking to Colbert from the set of the upcoming Apple TV limited series The Last Days of Ptolemy Grey, based on the eponymous novelabout a 93-year-old man suffering from Alzheimer’s disease who can take a miracle drug that could kill him while bringing back his memories. It’s the first movie set he’s been on since quarantining at his house last February, according to Jackson’s own account. Maybe it was all the time stuck in the house that has him leaving out such classics, or maybe he’s method acting and he’s pretending he has Alzheimer’s to explain him forgetting better films. Whatever it is, Samuel L Jackson needs to sit down and put some more respect on Samuel L Jackson’s career.