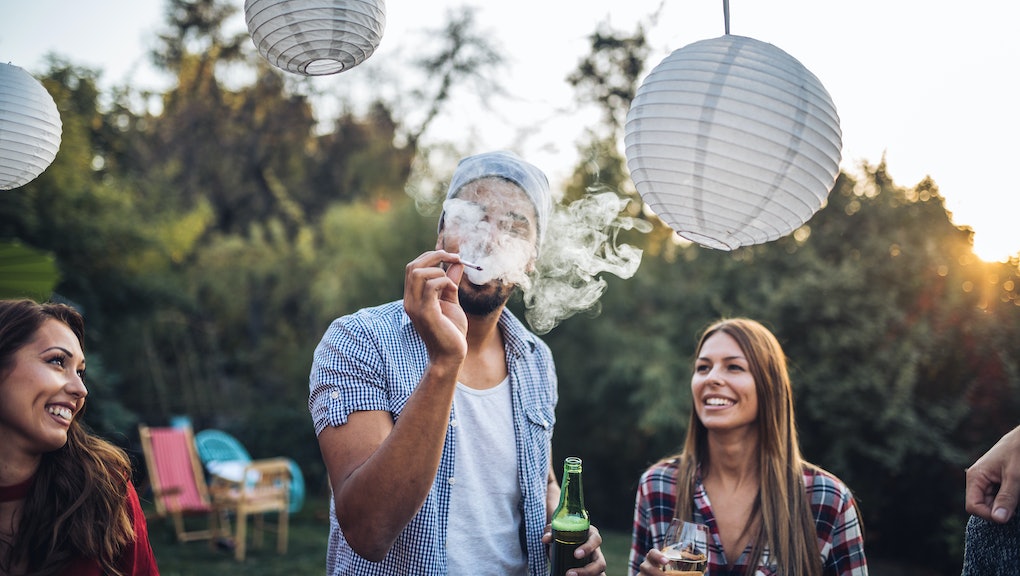 Weed with alcohol and other drugs: Is it safe?

Some things go better together: mac and cheese, hangovers and pizza, André 3000 and Big Boi. When it comes to pairing cannabis with other things though, it gets murky. We know only so much about how weed interacts with other substances, but it's crucial to stay as informed as possible. So is it safe to ingest weed with alcohol and other substances? According to my go-to cannabis expert, the answer is far from straightforward.

The thing is, it’s impossible to make a sweeping statement about the effects of a single substance, let alone in combination with another, says Lewis Nelson, chair of the department of emergency medicine and chief of the division of medical toxicology at Rutgers New Jersey Medical School. A number of factors play a role, including the concentration of certain compounds in the cannabis you consume. Weed with a high percentage of the compound cannabidiol, or CBD, which purportedly, chills out you, might be more sedating, while a weed with a high percentage of tetrahydrocannabinol, or THC, which gives you that high, might be more activating.

What’s more, your response to a given weed product might differ from someone else’s, which, in turn, can partly depend on your set and setting, or mindset and environment, as Nelson explained to me in a previous Mic story. Weed might help you bliss out and send another person down an anxiety vortex. Throwing alcohol into the mix can further complicate matters. Alcohol might turn you into a bubbly extrovert, but make someone else want to take a nap.

“If you know how you behave when you’re drinking and when you use cannabis, you can pretty much predict that’s how you’re going to perform each time you do it, assuming the doses are the same each time,” Nelson says. But “there’s a whole spectrum of responses in a population.”

Generally speaking, though, drug pairings impair your behavior more than either drug does alone, Nelson explains. “There’s some synergy between the drugs that produces an enhanced or different high, so it’s not simply an additive effect.” That goes for their downsides, too. When you mix drugs to chase their pleasurable effects, you also increase your risk of adverse effects, most of which will be central nervous system-related, such as dizziness, vomiting, and headache.

You might’ve noticed this when you mix weed with booze, a.k.a., crossfading. Alcohol enhances the absorption of THC, making you feel even more high than if you’d consumed weed by itself. But drinking — specifically before smoking weed, the wisdom goes, although scientific evidence has yet to bear this out — may also make you more likely to green out, or experience the dizziness, nausea, and vomiting that can occur when you go overboard on weed, Vice explains.

Some believe the nicotine in cigarettes also enhances the absorption of THC, but evidence of this is flimsy, Nelson says, adding that there’s little reason to believe it would affect you any differently than mixing some other stimulant with weed. But he cautions that if you don’t smoke cigarettes on the reg, nicotine can lead to nausea and a headache.

Likewise, psychedelics like psilocybin (found in magic mushrooms) and LSD can (in rare cases) increase the risk of psychosis, at least in theory, and so can cannabis, particularly if you have a prior history of psychiatric disorder, and use either psychedelics or cannabis heavily and frequently, Nelson says. It seems likely, then, that combining the two would further increase this risk.

If you choose to venture forth into combing weed with other drugs, Nelson advises starting extra slow and consuming small amounts of each to get some of the beneficial effects while minimizing the side effects. In other words, “don’t go pounding away.” As with most things in life, moderation is truly key.