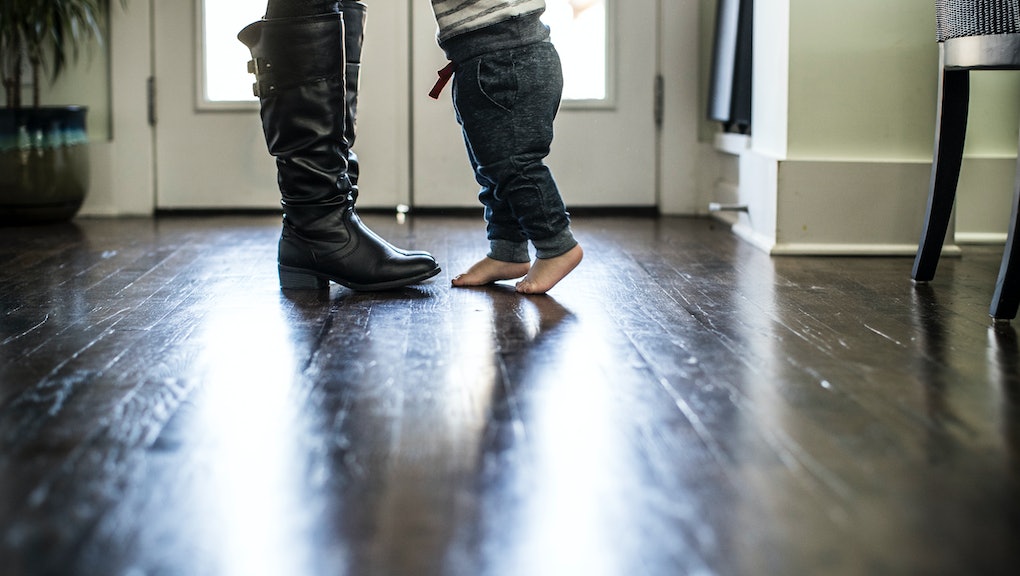 “We've been set back a generation by this”: How the pandemic screwed over working women

Prior to the feminist movement of the 1960s, American women rarely worked factory and office jobs. Men were presumed breadwinners and their wives were expected to be stay-at-home moms and take care of “matters of the home.” By 2019, women had flipped the script, working more than men (yet earning just 81.4% the amount their male counterparts made).

While we were on an empowering trajectory — working on wage equality, too — 2020 appeared to suddenly knock us backward. When the pandemic paused in-person schooling for many kids, women left their jobs and returned to the home to take care of their families. Even now, nine months later, the employment rate for women is still decreasing.

This begs the question: Why’d women have to be the ones to temporarily halt their careers? As "liberated" as we are in 2020, there is clearly still a societal expectation for women to be primary caregivers, even if a male partner could often just as easily do it.

Mary Sanders, a 37-year-old mother of two, was working as an operations manager at an art supply store in Chambersburg, Pennsylvania, when she quit in June. Despite being offered a significant per hour raise and making more money than her husband, Sanders had to consider her children’s education and the health risk of working in customer service during a pandemic. “I didn't feel like it was okay to make my 16-year-old homeschool himself and his 10-year-old sister at the same time.” Sanders says.

While homeschooling hasn’t been a particularly difficult transition for Sanders — who was very involved in her children’s education pre-COVID — the limited time spent with people outside her family has been hard for her daughter, therefore creating stress at home. “She's really struggled with that. It's a constant fight about her wanting to go inside other people's houses and visit her friends," Sanders says, adding that she, herself, only leaves the house to go food shopping. “We don't see anyone that we used to.”

Sanders is eager to get back to work after the pandemic, but her break has created some doubts about returning immediately. “I know that no matter when I go back, I’m going to take a pay cut, and sometimes I regret not staying with my job because they really tried hard to keep me,” she says. But between her husband needing to be away at the office during the day and her fear of catching the virus in a customer service position, Sanders didn't feel like she really had a choice. It was all on her, it seemed.

Women experience sometimes insurmountable challenges when trying to re-enter the workforce after a period of unemployment that’s associated with childcare. “[They] face lots of assumptions and stereotypes that they're not committed to their work and that they would rather just care for children, especially after they opted to be out of the workforce for a period of time,” says Natasha Quadlin, an assistant professor of sociology at UCLA. “But now we're facing this situation where even women who had decided to stay in the workforce, after having children, have been forced to exit for various reasons.”

Quadlin suspects there will also be new hardships at home, relating to a woman’s work style. “People fall into new routines and who knows how long their routines will take to reset again. It's not as if women weren't doing much more childcare and housework even before the pandemic. Now, it seems as if it's become even worse. So who knows what the new equilibrium will be after this is over,” she says.

According to Quadlin, research shows that when women are partnered with men, the expectation is that women are the ones who are better at childcare and household duties. As you can imagine, this belief — a rather convenient one for men — has negatively affected relationships even before a child was in the picture.

But systemic factors like the pay gap between men and women also play into why a woman, as opposed to her male partner, might leave a job. “Oftentimes, because society tends to undervalue women's contributions to work, women make less money than men. And so it looks like the rational decision for women to stop working for a period of time or to contribute more time and energy to the household, especially during COVID,” Quadlin says.

Kim Martel, 34, was working as an ophthalmic technician in Tuscaloosa, Alabama, before she left her job in March to take care of her 2-year-old son. Daycares in her area were closed and hiring a nanny seemed like both a health risk and entirely too expensive, so Martel and her husband decided that having her stay home would be the best option. Martel’s husband works as a professor at the University of Alabama and brings in more income, and he was able to teach courses online from home. Luckily, the couple was able to purchase a home with a basement to make the transition of working from home and full-time childcare smoother.

What hasn’t been as smooth of a transition for Martel is taking on the roles of teacher and mother. “It's a 24-hour shift. My son wakes up at five o'clock in the morning, he goes to sleep at eight o'clock at night, and you're on duty the whole time. He never stops and there's nowhere to go and there's nothing to do, and so you're just trapped inside with this tiny terrorist and it's exhausting,” Martel says. She’s been teaching her son pre-school curriculum like colors, shapes, and numbers, but finds herself worrying about him falling behind. “It's like a faucet of self-doubt that you can't turn off because you're just constantly thinking you only get one chance to raise this kid and what if he's missing something? I don't know what I'm supposed to be teaching him.”

Since becoming a stay-at-home mom, Martel has started taking antidepressants and blood pressure medication, and she’s implemented a diet to lower the high cholesterol she developed since staying home. The emotional and physical strain from being “on” all day has made her long to return to work when the pandemic is over, but like Sanders, Martel worries about finding a job after taking a break from her industry. “I think that we've been set back a generation by this. It's going to be incredibly hard to get employers to take women seriously now that they think that we can just peace out or that they might, at any moment, lose us for two years,” she says.

As Quadlin suspects, post-pandemic, when heterosexual couples have to compare their careers on paper, one may look like it's flourishing more than the other's. That will affect decisions about where to live and whose career to prioritize, and possibly create other conflicts. In other word's, this small setback could snowball.

“Maybe a husband's career is going really well. He's making a lot more money, but it's not necessarily because he's the better worker or the one that has the better credentials. It could be because he was able to continue unimpeded in his career,” Quadlin says. Blindly, it could look like a rational decision, especially when a woman’s household work during the pandemic is not based on employment or corporate structure.

“What other countries have in social services has all fallen onto women in this country. Whereas they would have taxes to help pay for support and things,” Martel says, “we don't, and then women have to take on these extra jobs that are not appreciated or seen as valuable.”

But that, of course is not the case. As Martel says: “In fact, they are essential.”

More like this
Sex workers deserve to eat well. And Meals4Heels delivers
By Lovely Brown
Wanting to start a family motivated us to pay off $126K in a year
By Marianne Eloise
Can't bear to be in a relationship right now? Blame de-cuffing season
By Suzannah Weiss
Stay up to date