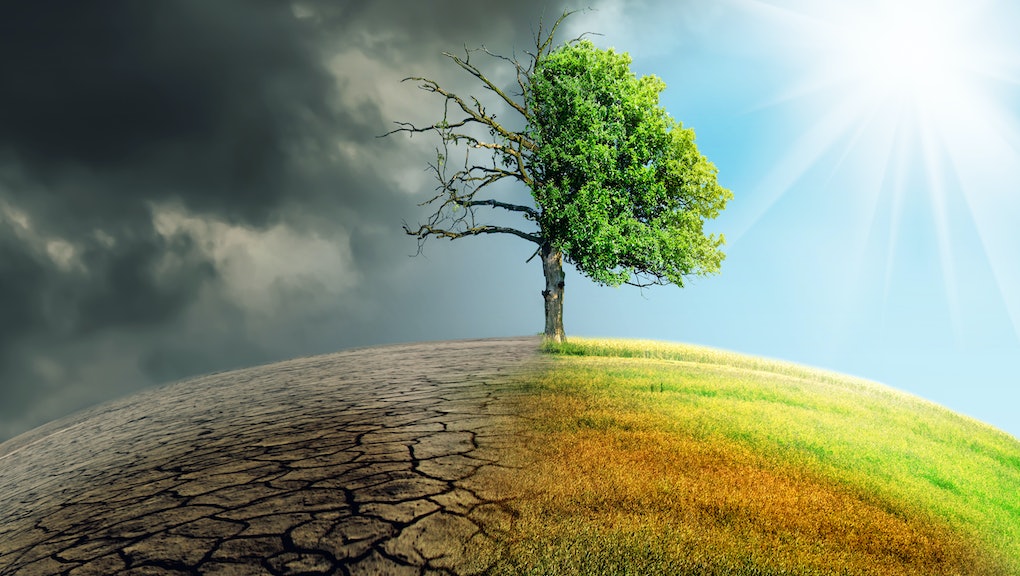 What cities will be most affected by climate change?

At this point, pretty much everyone is aware of climate change and the fact that, well, it sucks. The reality is that climate change is already changing your life — and your location plays a huge role in what its continued impact will be. It's hard to decisively say which cities are at the most risk due to climate change because there are so many factors at play: It's not only about warming temperatures, but also about rising sea levels, increased risks for crop hazards, natural disasters, and more.

For example, Minnesota may not have to worry about the sea anytime soon, but it does have heavy precipitation, increased flooding risks, and adverse health effects from air pollution. If things continued unchecked, coastal cities will probably be among the first to suffer drastic consequences. Globally, that includes places like Manila, Philippines; Lagos, Nigeria; and Osaka, Japan. But what about within the United States? Let's take a look at five U.S. cities that are facing some of the biggest risks from climate change. And remember: Even if your city isn't on this list, you've got a stake in the fight against climate change, and all of the factors (hey, capitalism) behind it.

New Orleans is no stranger to natural disasters. Located in the Mississippi River Delta, the city includes some regions that are 15 feet below sea level, which makes it extremely vulnerable to flooding. Much of the wetlands that once protected New Orleans were destroyed by industrial activity, leaving the city to rely on dams and river levees.

But in 2005, Hurricane Katrina showed that the city couldn't rely on manmade structures for protection. While white New Orleans has largely recovered from Hurricane Katrina, Black communities are still reeling from its impacts, which were only heightened by federal neglect.

Hurricane Katrina is one of many examples of how climate change's devastation will unfold along racial lines in the U.S. And unfortunately, New Orleans's residents of color are once again at risk. In 2016, a NASA study found that some parts of the city are sinking at a rate of 2 inches per year. That means they could be underwater by 2100.

With a population of nearly 9 million, New York is the U.S.'s largest city — but being big doesn't mean you're going to be safe.

Like most places near the ocean, New York City is facing issues from rising sea levels and increased precipitation. However, it also has all those damn skyscrapers, which, in 2017, were found to be responsible for over 70% of the city's greenhouse gas emissions. To address this, the city did pass the Climate Mobilization Act in 2019, which sets emission caps for a variety of building types.

As I mentioned before, coastal cities are going to see some of the most obvious impacts of climate change first. With that in mind, you can see why Florida as a state is generally in trouble. In 2017, Climate Central, a nonprofit news organization, included 22 Floridian cities in its list of the top 25 cities most vulnerable to coastal flooding.

Let's single out Miami specifically: In the past, Miami has been referred to as the "ground zero" for climate change and, last year, new modeling by Resources for the Future, a nonpartisan economic think tank, showed that Miami is the "most vulnerable" coastal city in the world. That's not only because of its location but because tourism and agriculture, two industries Miami relies on, are also heavily impacted by climate change.

Let's shift away from coastal cities for a minute to examine how other manifestations of climate change will play out in the U.S. Phoenix is one of the fastest growing cities in the nation, and yet, there have been concerns for a while that Phoenix would be too hot to live in by 2050. The city is already regarded as one of the hottest in the country, but in 2016, Climate Central reported that its average daily temperatures could rise by three to five degrees by 2050.

In addition to steadily growing hotter, Phoenix is looking at potential drought issues. States At Risk, a project of Climate Central, reported that by 2050, the severity of widespread summer drought in Arizona is expected to more than triple.

Finally, there's Los Angeles, which is at risk from pretty much everything I mentioned before. Rising sea levels, hotter temperatures, drought ... all of that is a concern for the city. In fact, some have referred to L.A. as the "face of climate change."

If you think I'm exaggerating, look at some studies. In 2015, a study released by UCLA found that the number of days each year when temperatures in downtown Los Angeles are above 95 degrees could triple. Climate change has already been linked to the surge in wild fires in California that decimated entire cities and engulfed Los Angeles's skyline in smoke. Add in the danger of emissions, which lend the city its notorious smog line, and L.A. could be in for a rude awakening soon.

This article was originally published on April 15, 2021