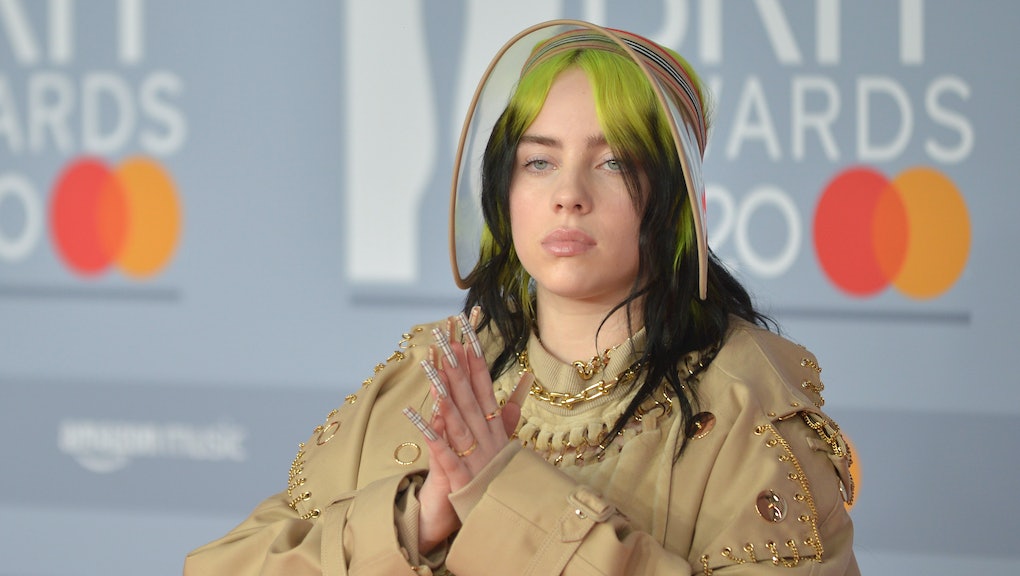 What did Billie Eilish do for the Trump team to hate her so much?

The Trump administration, with its immense power and minimal Hollywood cachet, reportedly aimed to recruit some marquee celebrities for a $250 million COVID-19 advertising campaign. The pricey contract, which the Washington Post reports was aimed to “defeat despair and inspire hope,” put entertainers through a highly politicized vetting process to see if they’d be considered. Grammy-winning superstar Billie Eilish didn’t pass muster, with leaked documents deducing that she isn’t a Trump supporter. Who knew the power of moody, overcast bedroom pop!

Eilish wasn’t alone in their revelatory opposition research, which fixated on celebrities’ public criticism of Trump, public support of Barack Obama, and their support for gay rights. Jennifer Lopez was disqualified for her Super Bowl halftime show, which criticized Trump immigration policies. Judd Apatow was out for Trump-bashing of his own. Check out this killer oppo:

The same document indicates that singer-songwriter Christina Aguilera “is an Obama-supporting Democrat and a gay rights supporting liberal”; singer Adam Levine is a “liberal Democrat who supported Obama and fights for gay rights”; singer-songwriter Justin Timberlake “publicly endorsed Obama and supports gay marriage”; actor Johnny Depp “appears to be aligned with the liberal left”; and actor Jack Black is “known to be a classic Hollywood liberal.”

Just 10 celebrities passed the test, including Dennis Quaid, Marc Anthony, Dr. Oz, Dwyane Wade, Miranda Lambert, and more. According to the Post, three of them recorded interviews for the PSA clips, but all withdrew their consent to use the footage by October.

At the direction of HHS Assistant Secretary for Public Affairs Michael Caputo, the campaign’s focus reportedly shifted from celebrity testimonials to “Helping the President Help the Country.” Caputo is still serving out a 60-day leave of absence from HHS, after urging Trump supporters to prepare for an armed insurrection after the election and accusing government scientists of “sedition.”

Correction: A previous version of this story mischaracterized the Trump administration's statement. This story, as well as the headline, have been updated to accurately reflect the quote.

More like this
Colin Kaepernick's new Netflix documentary highlights the man behind the icon
By Keith Nelson Jr.
The 8 best reality shows you're not watching, but should be
By Brandon Yu
Megan Rapinoe, Nneka Ogwumike, and 500 more elite women athletes took a stand for abortion rights
By Keith Nelson Jr.
Stay up to date