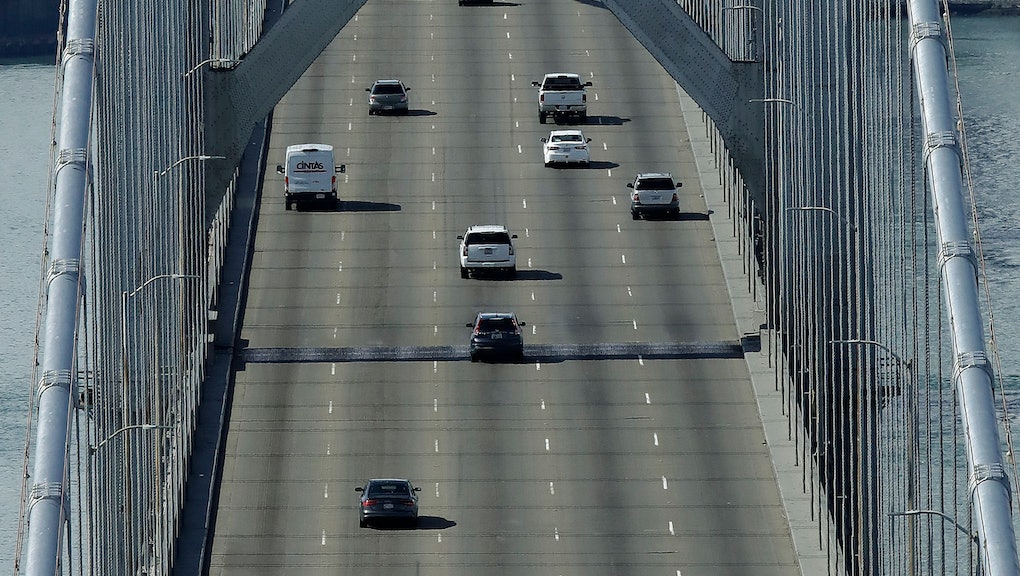 What does it mean to shelter in place? The Bay Area's policy may spread to other cities

In one of the country’s most ambitious social-distancing moves yet, seven counties with a total population of around 9 million people in the California Bay Area have enacted a “shelter in place” decree in order to fight the spread of coronavirus. The Northern California region is one of the worst-hit in the country; more than 290 cases have been reported in the Bay’s six counties of Alameda, Contra Costa, Marin, San Francisco, San Mateo, and Santa Clara, plus nearby Santa Cruz county. All seven issued their shelter in place orders Monday.

“This is moving so fast,” said Sara Cody, the health officer for Santa Clara County, at a press conference announcing the decree. “We needed to take very, very swift action.”

The decree went into effect as of midnight Tuesday and will stay in place until April 7, at which time local officials will reassess whether it should be extended. It was issued in order to try and stem the spread of the virus and prevent hospitals from becoming overloaded. The order demands the closure of all businesses that don’t provide “essential services” — basically, everything except grocery stores, pharmacies, and laundromats. Restaurants that can provide delivery or takeout service can still operate. Defining the meaning of “essential” is up to municipalities — according to The New York Times, San Francisco determined that farmers’ markets, car repair shops, hardware stores, dry cleaners, and security companies all fit the definition. It also bans nonessential travel, and nonessential gatherings of any size.

The order is not just a suggestion. It’s legally enforceable, carrying the threat of fines if people don’t follow the county directives. That doesn’t mean that many people are likely to end up facing penalties, though. San Francisco Police Chief Bill Scott said at a press conference that police want the public to voluntarily follow the directives. While violation of the order could result in a misdemeanor offense, “that is an absolute last resort,” he said, adding, “This is not about a criminal justice approach to a public health issue.”

The order does not demand that everyone stay inside all day. Besides fulfilling medical needs and buying essentials, people can still venture outside — provided they maintain proper social distancing protocol.

“You will still be able to walk your dog, or go on a hike alone or with someone you live with, or even with another person, as long as you keep 6 feet between you,” said Dr. Grant Colfax, the San Francisco director of health, at a press conference.

Other essential activities that the order says people can and should still do include obtaining medical supplies, visiting hospitals, or purchasing whatever supplies they need to work from home. While most people are encouraged not to go to work under any circumstances, certain essential occupations will remain available, including jobs in health care (including veterinary care), critical infrastructure construction, waste collection, and first responders.

This reporter’s mother, Karen Friedman, who lives in Berkeley, California, described city streets nearly devoid of people. “It is absolutely silent outside. Like a Sunday morning,” she said, sending a picture of a normally overflowing mass transit parking lot containing only a single car. Meanwhile, with his municipal job currently on hold, this reporter’s younger brother has spent his time on a favorite hobby: walking around the city of Berkeley (maintaining proper social distancing protocol, of course) and cataloguing the location of public fruit trees on Google Maps.

The Bay Area’s tactics could be coming to more places soon. On Monday, in a Facebook Live stream, California Gov. Gavin Newsom praised the Bay Area’s decree and said that aspects of it would be the basis for new statewide guidelines. “The directive coming out of the Bay Area ... is no gatherings, which just makes sense to me at this point,” he said. “So directing that no gatherings be considered ... that’s the new guideline we’re putting out this evening as well, and we think it’s very rational under these circumstances. Disruptive, I know, for some, but rational, we believe, in this moment.”

Newsom did not clarify whether the ban on gatherings would be legally enforced as it has been in the Bay, or rather treated as a suggestion.

Confusion has erupted in New York City, however, where the city’s mayor, Bill DeBlasio, has been quibbling with New York Gov. Andrew Cuomo. The officials have offered contrasting statements as to whether a similar shelter in place decree will be issued. "It has not happened yet, but it is definitely a possibility at this point," de Blasio said Tuesday. "I believe that decision should be made in the next 48 hours, and it's a very, a very difficult decision."

Any such decree would need to be approved by Cuomo, who has indicated that he will not be doing so. On Wednesday morning, he appeared on the New York Times podcast The Daily, where he said, “That is not going to happen. I wouldn’t approve shelter in place.”

Instead of a shelter in place decree, Cuomo said that the “density control” measures he’s looking at include “potentially clos[ing] all businesses.” He also told host Michael Barbaro that the term shelter in place “scares people” with its implications of “quarantine in place; you can’t leave your home. The fear, the panic is a bigger problem than the [virus].”

Pressed for clarification, Cuomo said that he’s against telling people, “You must stay in your home.” Rather, he said, the message should be, “You can come out of your house, just don’t be in a crowded situation, don’t cause more density, don’t sneeze in someone’s face closer than 6 feet. Go walk in the park.”

At the end of the day, the difference between what Cuomo is proposing as a possible next step and the Bay Area decree seems to be more a matter of semantics than anything else. In both cases, walking outside is allowed, while non-essential businesses and travel are banned. And because New York far outstrips the Bay Area in the number of confirmed cases of the virus, such an order seems like it won’t be far off.

More like this
Biden has hit his 100th day in office. So what's next?
By Rafi Schwartz
FEMA said it would reimburse cities for housing homeless people. Most cities ignored the offer
By AJ Dellinger
The CDC's eviction freeze has been unfrozen by a federal judge
By Rafi Schwartz
Stay up to date