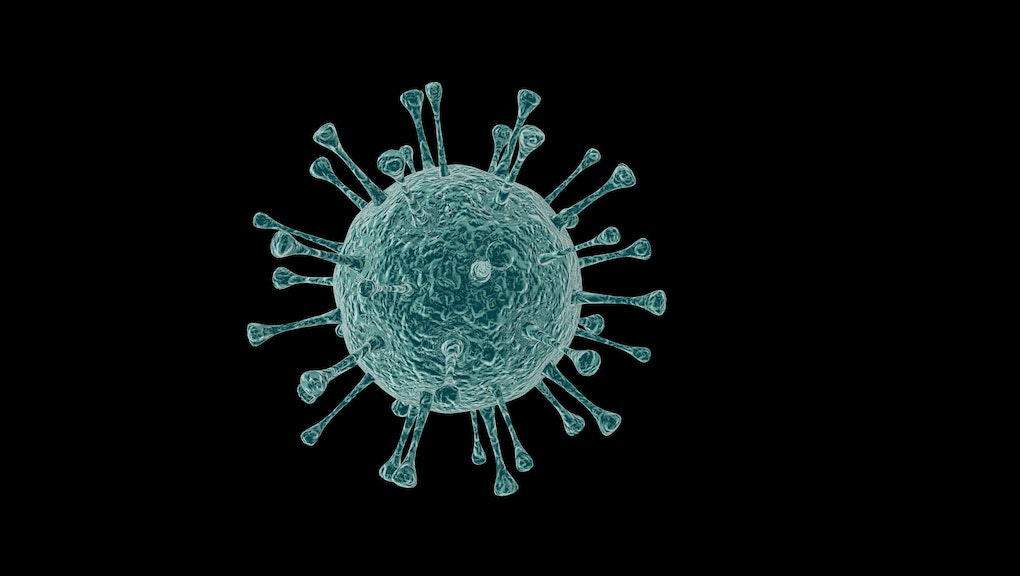 What does this new coronavirus mutation really mean?

It reads like the synopsis of an apocalyptic movie: On April 30, in the thick of the novel coronavirus pandemic, scientists reported that they’d discovered a more contagious form of the virus, which became dominant wherever it made landfall, possibly all because of one mutation. The Los Angeles Times ran with the findings, and science Twitter was quick to criticize the coverage as fearmongering, cautioning that the hypothesis proposed by the authors was “far from proven.” So how should we interpret their findings? What does this mutation actually mean?

Scientists at Los Alamos National Laboratory —“a respected team,” The Atlantic reports — led the study and published its findings to bioRxiv, which hosts preprints. Preprints are drafts of papers that haven’t yet been reviewed by other researchers to ensure they meet certain scientific standards, a process required for publication in a scientific journal.

In the preprint, they describe setting up an “early warning pipeline” in collaboration with Duke University to monitor the emergence of possibly worrisome mutations in the spike protein, which allows the novel coronavirus invade human cells, explains Jason Kaelber, a virologist at Rutgers University, who wasn’t involved in the study. If they spot one, they can engineer spike proteins that carry the mutation of interest, wrap them around what’s known as a pseudovirus — basically, a fake virus used to study the real thing — and observe how it behaves with cells in the lab.

The researchers identified 14 spike protein mutations, one of which was “of urgent concern.” “It began spreading in Europe in early February, and when introduced to new regions it rapidly becomes the dominant form,” they wrote in the preprint.

First, a biology refresher: Viruses replicate when they infect a host, The Atlantic explains. This involves making copies of their genetic material, but sometimes errors, or mutations, can occur along the way. Most mutations don’t result in functional differences, though. “There’s always going to be completely meaningless mutations that happen for no reason,” Kaelber tells Mic. “It’s a natural process of the virus.” That said, “X-men mutations” likely enabled it to make the jump to humans — but “they’re probably all going to be from 2019, if not before.”

In other words, it’s possible that the mutation the researchers identified didn’t make the virus more transmissible. In fact, it might not have affected its function at all. “They’re speculating that, because this one mutation increased in prevalence, that it’s more transmissible, but they didn’t actually prove that,” Kaelber says.

It’s possible that the mutation the researchers identified didn’t make the virus more transmissible. In fact, it might not have affected its function at all.

The researchers note that initially, viruses that carried the mutation of interest — let’s call them, collectively, the G family — weren’t as prevalent as those that didn’t have the mutation, like the one that first appeared in Wuhan — which we’ll call the D family, The Atlantic reports. That changed by April, though, when the G family had risen to dominance in Europe, the US, Canada, and Australia.

“Increased transmissibility isn’t as likely, but it’s possible,” he says. To make us more confident in it, the study authors would need to test this hypothesis experimentally. Kaelber says the easiest way would be to infect animals with either G or D family viruses and see how effectively they spread them to other animals they’re housed with.

The researchers also wondered in their preprint whether the mutation of interest would render people who have already gotten sick with a D family virus vulnerable to a second infection with G family virus—a possibility Kaleber regards with skepticism, “because the viruses are still so similar,” Kaelber says. Their immune system, having “remembered” encountering the D family virus, would probably quickly recognize a G family virus as the same thing.

Still, it’s worth testing, Kaelber says. This would involve wrapping the pseudovirus in manufactured spike protein carrying the mutation of interest, and observing how the immune cells of recovered individuals respond to them in the lab.

Although the preprint’s title —"Spike mutation pipeline reveals the emergence of a more transmissible form of SARS-CoV-2”— makes a pretty bold claim, the researchers do “disclose a lot of caveats and a plan for following up on them,” Kaelber says.

Ultimately, they created a system to look for new mutations, which could prove helpful for vaccine development. But, “I don’t think this system that they’ve come up with is capable of producing any information that would change how we act on a day to day basis.” He’s more interested in the follow-up studies of whether viruses that carry the mutation really do behave differently in cells.

The takeaway: We don’t know enough to say whether the mutation in the preprint makes the novel coronavirus more contagious, or whether it even does anything at all. Most mutations don’t.

The findings raise a thorny ethical question about media coverage of preprints, which again, haven't yet been vetted by the peer review process. Indeed, COVID-19 is changing expectations around consuming information, and the field is reaching consensus on a lot of issues. The problem is, identifying that consensus requires wading through a lot of pre-prints. Kaelber likens it to Googling your symptoms: “You might want to get a second opinion and not get too worked about something you find in one source.”

On the other hand, he notes that the peer review process isn’t perfect, either. His approach is to integrate knowledge from a bunch of sources, and investigate outliers with skepticism. While a flashy title is easy to latch onto, the truth usually requires a little more digging.

More like this
Remember the vaping crisis? Well, it hasn't gone anywhere
By Melissa Pandika
Microdosing for anxiety: How does it work?
By Melissa Pandika
This new coronavirus-repelling mask has a shady chemical in it. Is it worth it?
By C. Michael White
Stay up to date