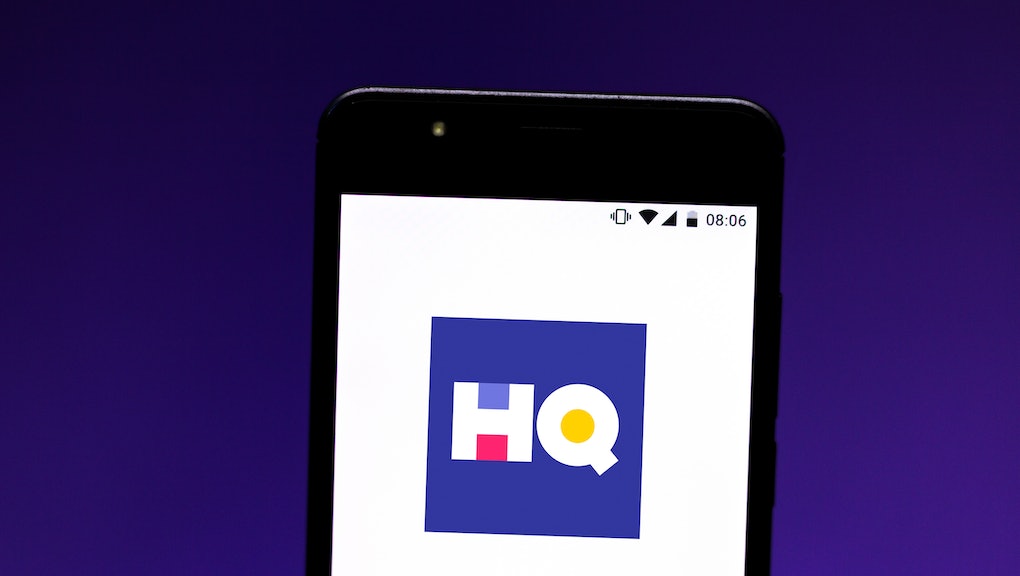 What happened to HQ Trivia?

HQ Trivia’s appeal was simple and innovative enough. Participate in a game show, right at home or on the train, alongside millions of other users, with a charismatic host and often laggy stream. Nevermind that the prize pool could be pennies if enough people won — it was the communal experience that made it worth coming back to. For a few months in late 2017 and early 2018, it seemed like it was a harbinger for the future of media. But, like many startups before it, HQ lacked any plan for how to sustain itself. On Friday, HQ Trivia abruptly shuttered signing off for one last show.

CNN Business reported that the company would be laying off its 25 employees and shutting down immediately. CEO Rus Yusupov sent an email to all staff, informing them that he’d hired a banker to find further investors and partners. They were close to a deal with “an established business,” but it fell through in the 11th hour. After the last ditch effort, continuing wasn’t going to be feasible. “Lead investors are no longer willing to fund the company, and so effective today, HQ will cease operations and move to dissolution," he wrote.

HQ Trivia was already well on the decline at this point, hemorrhaging users over a short period of time and failing to recapture the appeal of its early months. At its height, the company was valued at $100 million in March 2018. But by late summer, players had dropped below 1 million and “it was moving at an alarming rate,” said one designer and video producer in a Reddit AMA. “The rhetoric that it's normal to see falloff after a viral hit would've probably worked better if we had been doing really anything to grow, market, expand, or add new content.”

Despite partnerships with companies like Google, Nike, NBC, CBS, ABC, and a sponsored show from The Lego Movie 2, revenue dried up to the point where the show moved away from paid prizes in favor of points you could redeem for HQ merchandise. Some users have reported glitches when attempting to cash out, raising questions about if that money will ever turn up now the company has shuttered. In recent months, they’ve attempted to branch out with a Wheel of Fortune-themed show and HQX, a game involving photo challenges.

Reporting from last year revealed a turbulent, highly contested leadership struggle. After co-founder Colin Kroll died in December of 2018 from a drug overdose, Yusupov was installed as CEO. In the interceding months, HQ Trivia staff launched a failed petition to remove Yusupov as CEO, fearing that he was running the company out of business. Despite enduring in a bastardized form for almost a full year since, the death knell more or less came in April 2019, when beloved host Scott Rogowsky walked away from the show to host an MLB show called ChangeUp on DAZN. After an already contentious period, Yusupov wouldn’t allow Rogowsky to host both shows concurrently.

Rogowsky addressed company leadership on Twitter over the weekend. “It was poisoned with a lethal cocktail of incompetence, arrogance, short-sightedness & sociopathic delusion,” he wrote.

Some of the recently laid off staffers got to host one last show on early Saturday morning. A freewheeling, drunken send-off. You can watch the entire delayed mobile stream here, featuring co-hosts Matt Richards and Anna Roisman attempting the broom challenge, and sharing countless company secrets. They paid $5 out of their own pocket, split amongst 523 winners.

If the Jeopardy! Greatest of All Time tournament ratings matching those of NBA Finals and the World Series reflect anything, it’s that people still care about trivia games and communal viewing. HQ Trivia wasn’t ever going to be the one to last, but it also likely won’t be the last interactive quiz show of its kind. Something else will come along, just hopefully with a sturdier labor model.

More like this
The 8 best reality shows you're not watching, but should be
By Brandon Yu
Steve from 'Blue's Clues' gave us the closure we didn't know we needed
By Kara Weisenstein
Scientists are potty-training cows in an effort to save the planet
By AJ Dellinger
Stay up to date