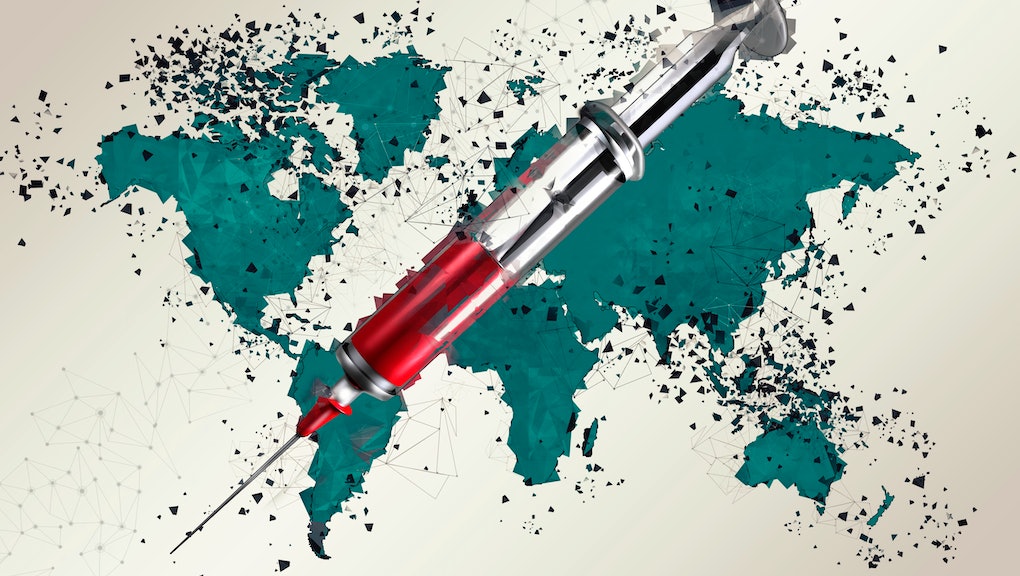 What is a pandemic and is the coronavirus outbreak considered one?

At least 37 countries have reported cases of the new coronavirus, or COVID-19, The New York Times reports. Beyond China, the epicenter of the outbreak, infections have emerged in South Korea and even as far away as Iran and Italy. Despite the spread of COVID-19 in several countries, the World Health Organization has stopped short of calling the outbreak a pandemic. What is a pandemic, though, and why is the coronavirus outbreak technically not considered one?

An epidemic is a sudden spike in disease cases beyond what you’d typically expect in a population of a certain area, according to the Centers for Disease Control and Prevention. Meanwhile, a pandemic is an epidemic that’s spread over several countries or continents, affecting vast numbers of people. Although the minimum number of places and infections needed to tip the scales toward pandemic proportions isn’t clear-cut, the Associated Press notes, the WHO is mainly on the lookout for sustained outbreaks on various continents.

Yet WHO director general Tedros Adhanom Ghebreyesus noted in a briefing that China seems to have contained the outbreak, per The Guardian. Rather than a pandemic, “what we see are epidemics in different parts of the world affecting different countries in different ways.”

But other experts believe a COVID-19 pandemic is inevitable. “We now consider this to be a pandemic in all but name, and it’s only a matter of time before the World Health Organization starts to use the term in its communications,” Bharat Pankhania, senior clinical lecturer at the University of Exeter Medical School, told The Guardian.

But the WHO’s measured response makes sense in light of the psychosocial impacts of a pandemic, which can introduce problems in addition to disease spread, according to the American Psychological Association (APA). “Using the word pandemic now does not fit the facts, but it may certainly cause fear,” said Ghebreyesus, according to the Guardian.

Studies demonstrate that novel threats, like Ebola, boost anxiety levels higher than more familiar ones, possibly because a brain region known as the amygdala, which processes fear, may also contribute to spotting novelty, the APA notes. Meanwhile, our minds often downplay familiar, threats, even if they loom larger, such as influenza — which the CDC estimates has already killed at least 16,000 people in the US this flu season, thought to be among the worst in decades, according to CNN. Indeed, only 45.3% of US adults received a flu vaccine last season.

The APA notes that fear toward a novel disease could lead people to forego daily activities and stigmatize people. Xenophobia toward people of Asian descent has already emerged amid the COVID-19 outbreak, TIME reports. In one especially troubling instance, a 60-year-old man died of apparent cardiac arrest outside a restaurant in Sydney’s Chinatown late last month after bystanders reportedly didn’t give him CPR, fearing coronavirus infection. CNN has also reported a spate of racist attacks against Asians related to the outbreak.

It’s not a stretch to expect the labeling of this outbreak as a pandemic to further fray at our social fabric, with harmful consequences for people of Asian descent in particular.

Scapegoating of marginalized groups is common during novel disease outbreaks, per TIME, which cited the beating of Haitians, blamed for transmitting HIV in the 1980s, and the displacement of Canadian residents of Chinese descent during the 2003 SARS epidemic. Xenophobic rhetoric, such as Trump’s declaration during his 2016 presidential campaign that “tremendous infectious disease is pouring across the border” only worsens matters, creating a perfect storm for attacks on people of Asian descent amid the COVID-19 outbreak.

In other words, it’s not a stretch to expect the labeling of this outbreak as a pandemic to further fray at our social fabric, with harmful consequences for people of Asian descent in particular. Declaring it as such, if it does evolve into one, may control disease spread but could come at a psychosocial cost.