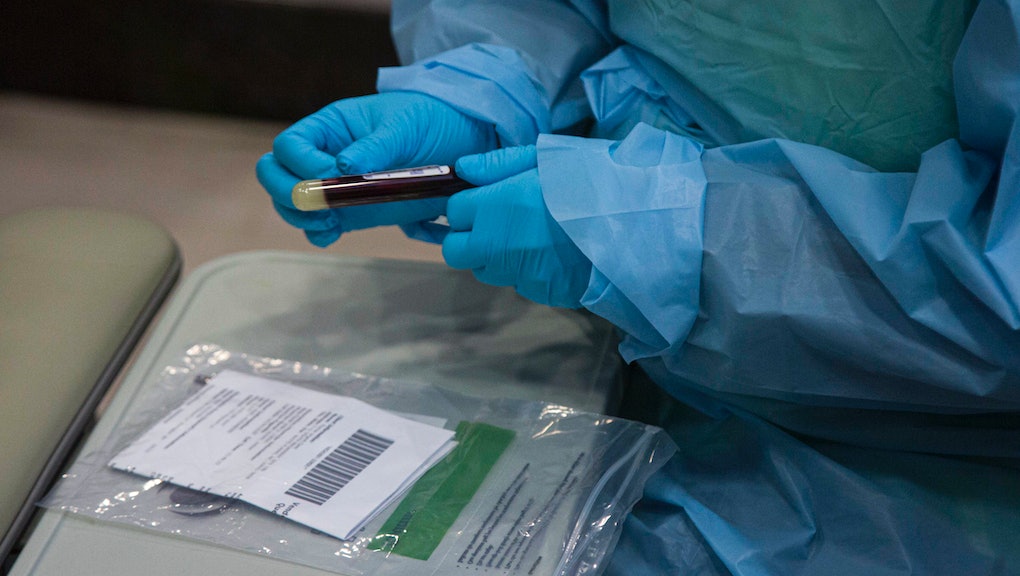 What is convalescent plasma treatment and how effective is it against coronavirus?

On Sunday, August 23, the FDA granted an emergency use authorization (EUA) for doctors to administer convalescent plasma to COVID-19 patients, STAT reports. What is convalescent plasma treatment, though? Here’s everything you need to know about it, including its safety, effectiveness, availability, and the political debate swirling around it.

COVID-19 spurs the immune system’s production of proteins called antibodies that attack the novel coronavirus and are carried in the liquid portion of the blood, known as plasma, STAT explains. Doctors can extract plasma from a recovered patient, purify it to include only the antibodies, and inject this convalescent plasma into a patient who still has COVID-19. The antibodies can help keep the virus at bay early in the course of infection, until the patient’s own immune system kicks in and churns out enough antibodies to completely fend off the disease.

But the extent to which convalescent plasma treatment will stem the tide of the pandemic remains unclear, according to STAT.

Data from the more than 70,000 people in the U.S. who’ve received convalescent plasma, plus published studies and historical data, point to the promise of this treatment, U.S. Health and Human Services Secretary Alex Azar said in a White House press briefing. "We saw about a 35% better survival in the patients who benefited most from the treatment," he said.

Azar was likely citing a study of 35,000 patients who underwent the treatment, which found that 11.9% of patients treated four days or more post-diagnosis died, versus only 8.7% treated within three days of diagnosis, an approximately 37% difference, per CNN. Importantly, though, the study, published a little more than a week ago, hasn’t been peer-reviewed yet.

An EUA basically means the FDA believes a treatment may have benefit and seems safe, although more definitive data on its effectiveness is needed, STAT explains. But CNN notes that only a randomized, placebo-controlled trial could indicate whether convalescent plasma actually works. Ideally, doctors would’ve randomly assigned half the patients to receive the plasma and the other, a placebo, which would have ruled out anything other than the treatment that might’ve impacted survival.

Some patients are already receiving convalescent plasma through so-called “compassionate use” programs, as well as ongoing clinical trials designed to truly determine the benefit of the treatment, STAT reports.

But the EUA might limit enrollment in such trials, since doctors have already given convalescent plasma to so many patients, Janet Woodcock, director of the FDA's Center for Drug Evaluation and Research, told CNN. What’s more, its supply depends on blood donations — companies can’t produce mass quantities of doses as they would for a drug, the New York Times points out.

Last week, President Trump blamed “political reasons” for the FDA stalling on its issuing of an EUA for convalescent plasma for COVID-19, CNN reports. Paul Offit, director of the Vaccine Education Center at Children's Hospital of Philadelphia, essentially told the network’s Wolf Blitzer that the agency had caved into pressure from the administration.

Health experts think Trump’s criticism of the FDA weaken not only public confidence, but also the agency’s credibility, the Times reports. White House officials have called for faster approval of COVID-19 treatments and vaccines, and their public assurances of a safe, effective vaccine in the very near future worry scientists who think this strong-arming could lead to the approval of treatments that aren’t ready for prime time, merely to bolster Trump’s re-election efforts.

In a pandemic that has sickened at least 5.7 million people and killed at least 176,800 in the U.S. as of Monday morning, per the Times, we’d love nothing more than a treatment or vaccine. But cutting corners and rushing the science might do more to help the President than the rest of us.