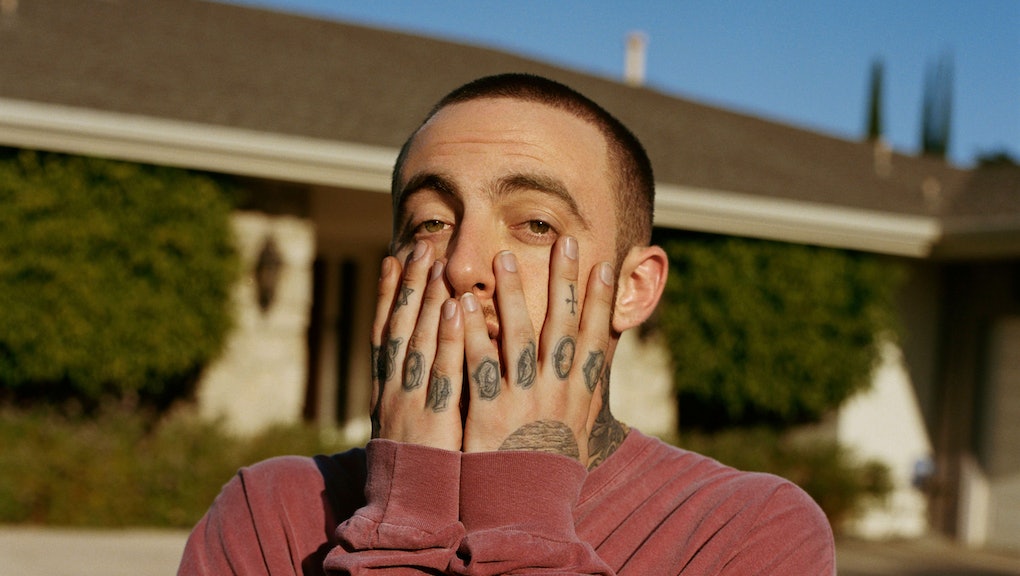 “Most likely I will die in jail,” Mac Miller’s drug dealer messaged a friend following news of the rapper’s overdose death last September. “Nothing has happened yet, but it might.” He planned to flee the country.

On Wednesday, almost a year after 28-year-old Cameron Pettit sold Miller the counterfeit oxycodone pills laced with fentanyl that killed him, the dealer was arrested and charged with distributing a controlled substance. He faces 20 years in federal prison.

“For many years, law enforcement approached death caused by a drug overdose as accidental, or perhaps more descriptively stated, often as a death by misadventure,” writes Program Counsel Mark Neil for the National Association of Attorneys General. “But the focus has now broadened to also examine overdose deaths as prosecutable homicides against those who sold and distributed the drugs causing the overdose.”

Court documents show that two days before Miller died, he texted his dealer looking to score 30-milligram oxycodone pills, cocaine, and Xanax. Based on the toxicology report, authorities think the musician died after snorting the fake pills — which were cut with fentanyl, a synthetic opioid 50 to 100 times more potent than heroin yet far cheaper to manufacture, making it a favorite on the black market among drug cartels. It’s unclear whether Pettit knew his pills were counterfeit.

“The dose you require is minuscule, like a grain of salt,” Dr. Nora Volkow of the National Institute on Drug Abuse (NIDA) told Rolling Stone. “A tiny difference in your content can mean someone dying. You need a very sophisticated lab in order to measure a concentration that would be safe.”

There’s a scene in Euphoria, the HBO drama about youth and addiction, where the show’s protagonist, Rue, gets caught in the middle of a drug deal and coerced into trying fentanyl. She licks a tiny dab of it, smaller than a grain of rice, off the tip of a knife and immediately sinks into a slump on her dealer’s couch. Later, when she comes around looking for a fix, the dealer refuses. He’s seen the deadly power of the drug and feels culpable.

“Fentanyl is a killer, and it’s never more deadly than when it’s disguised to look like a genuine pharmaceutical pill,” Assistant US Attorney Matthew J. Jacobs said, in regards to Pettit’s case. “People should know that if they consume black market opioid pills they’re playing Russian roulette.” In court on Wednesday, Jacobs recommended Pettit be held without bail since he’s a flight risk and a danger to the community.

Pettit’s arrest and prosecution for Miller’s death comes at a moment when we’re seeing a major shift in accountability for the opioid crisis at large. In late August, an Oklahoma judge ordered Johnson & Johnson to pay $572 million for its role in the state’s opioid crisis. Purdue Pharma is in talks to settle for nearly $12 billion, and members of the Sackler family, which owns the company, would be required to give up $3 billion of their own money. Purdue Pharma would then declare bankruptcy, and the company would be reorganized into a new corporation to benefit opioid epidemic victims. But as pointed out by the Washington Post, a lot of that settlement money would depend on the future sales of Purdue Pharma drugs, which obviously seems problematic.

According to the Centers for Disease Control and Prevention, more than 400,000 people have died from opioid overdoses since 1999 — and that includes deaths from heroin and fentanyl. Lethal overdoses have spiked in the last decade. Fentanyl ODs jumped 30 percent between July 2016 and September 2017 alone, according to the NIDA. And while every sector of society has been touched by the opioid epidemic, the music industry, in particular, has suffered devastating losses in recent years — with icons like Prince and Tom Petty lost to cocktails of legal and illegal drugs.

Big pharma and black market pharma alike are facing a reckoning — much like the one faced by Big Tobacco in the ‘90s — as rage against the opioid epidemic reaches a boil in America in 2019. But for the victims and their loved ones, justice is coming far too late.