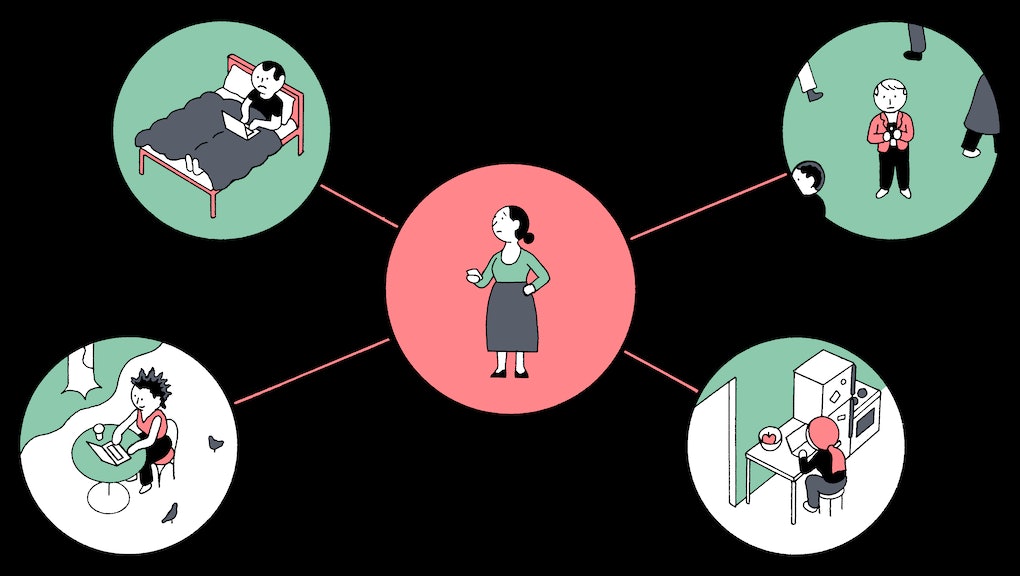 What your boss really thinks about the possibility of WFH forever

Following a global, 17-month experiment in remote employment, it’s looking increasingly like America’s office-centric work culture is never coming back. The tools that allow us to work from anywhere have finally been adopted on a mass scale, and many employees say they hope to retain the option to WFH long after the pandemic fades into a fuzzy memory.

A report published in March 2021 found that 73 percent of employees want flexible work arrangements going forward. Many businesses are heeding that call; major tech players such as Google, Microsoft, and Dropbox, for instance, say they’ll allow some employees to continue working from home a few days a week. Twitter says its workers can dial it in indefinitely. Nationwide Insurance, Ford Motor Co., Target, and many others have announced plans to offer location flexibility to certain employees going forward.

With so many making the digital shift so rapidly, are there any companies taking a hit when they stop requiring workers to put in 40 IRL-hours each week? Surely there was a good reason for all the decades we spent commuting and eating sad salads at our desks … right?

To find out, Mic spoke with a few managers and business owners about the true benefits and drawbacks of virtual work, and what they really think about a work-from-home future.

One of the most surprising discoveries from the forced experiment in remote work is that, overall, workers aren’t reported to be any less productive at home than they were in the office. In fact, by some accounts, we’re more productive working remotely.

According to Brian Elliott, VP of The Future Forum, a group launched by Slack prior to the pandemic to help companies adapt to a digital-first world, many execs were asking at the start of the pandemic whether workers could be productive from home. But that was the wrong question, because most companies never measured productivity accurately in the first place, focusing excessively on who was showing up and logging hours, rather than looking at projects completed or challenges handled, Elliott says. The pandemic has forced businesses to adopt worker output as the yardstick of productivity, as it should have been all along.

But what about the quality of those outputs? Is an on-site setting somehow more conducive to good work, particularly work that involves creative collaboration?

When we picture creative work, we may picture a group sitting in front of a whiteboard. But that’s never been the ideal setting for brainstorming, according to Elliott. “Whiteboards are the places where groupthink happens,” he says. “Usually what happens is some senior person who may be an older white dude gets up and holds the pen. And then the junior members when they're asked for ideas, they just clam up.” Instead, creative workers can benefit from brainstorming on their own, and then allowing the group to sort out the best ideas in a non-hierarchical setting, like a Google doc.

For some businesses, creative experiences are the product, and translating those experiences to the Zoom medium hasn’t always been easy.

At Brooklyn Brainery — where New Yorkers can take classes on everything from bonsai to book binding — the transition to video classes has been a fairly successful one. Still, some classes, as you can imagine, pack more punch in-person, says owner Jen Messier. “We used to do a lot of public speaking and improv classes. Those are just way better in-person, because it's about interpersonal communication,” she says.

Meanwhile, lectures on topics like history or physics have been easy for teachers to execute, even though virtual teaching involved a learning curve. “People learned about Zoom and how to share their slides, and we made it work in this very ad hoc, on-the-fly way,” Messier says.

Going forward, she expects to continue offering remote classes, something she’d never planned on doing since she opened the Brainery in 2010. But since the pandemic began, many of her long-time teachers have left the city, and remote classes have allowed them to continue teaching. “It's super nice for them to still have a connection to some of the same students they used to see in person,” Messier says.

At Lynchpin Ideas, a small Kansas City-based communications and branding agency, employees had to reinvent their creative process while working remotely. Workers started brainstorming on their own before bringing ideas to the group, rather than sharing spontaneously in real time. It was a major shift, according to owner Laura Lynch. “We research, learn, and we gather insight. And once we know all that, poof! We create, we get inspired, we think of ideas,” Lynch says. “Those sparks of spontaneity that come from being together are part of that idea ignition.” While her team found ways to collaborate remotely, it wasn’t quite the same, Lynch says.

Helping a new employee acclimate while working remotely was also a challenge. Lynch worried about not being able to see the new-hire, and to pick up on how she was feeling. “I've managed people for a few decades, and you can observe a lot about somebody’s comfort or stress level, or if they're feeling overwhelmed, just by watching body language,” she says. “You can't judge that from an email that's well written.”

Still, now that she has the tools for remote work in place, Lynch is questioning whether she needs a full-time office space, or if she can find some other arrangement for occasional work sessions and client meetings.

Like many employers, Lynch is now open to allowing remote work going forward, whatever office arrangement she settles on. “If I had an employee who said, ‘Hey, my life is such that I would really like to work from home three days a week,’ and if that employee was super valuable to me, I'd say, ‘sure,’” says Lynch.

To Elliott, one of the biggest challenges with the big shift to remote work will be ensuring that the playing field stays level, whether workers choose to come into the office, work from home, or a mixture of both. “As some people come back into the office and others don't, how do we not fall back into facetime being a determinant for promotion or performance?” Elliot asked.

To fight this, Slack’s top executives agreed to set an example by spending no more than three days per week in the office themselves. The company adopted a policy of “one dials in, all dial in,” meaning that if one person needs to attend a meeting virtually, everyone will attend virtually, so that no one seems more “in the meeting” than anyone else. Changes like these will be necessary to make remote work feel like a real option, according to Elliott.

So what do employers think about a work-from-home future? It sounds like they’re starting to see it as what it takes to compete for workers. After compensation, location and schedule flexibility are top factors for employees in deciding on a new job, Elliott says. Companies that allow for real flexibility will attract the most sought-after workers, and that can make or break a business.

“The key thing is not how to shave off a few dollars and cents. It’s ‘what does it take to attract and retain talent?’” says Elliott. “If you can provide people with real flexibility, you’re going to win the talent war.”

More like this
We learned collective grief from 9/11. We could really use those coping skills right now
By Melissa Pandika
Your burnout is about more than just your damn job
By Tracey Anne Duncan
'Nine Perfect Strangers' is a deranged portrait of psychedelic wellness retreats
By Erin Qualey
Stay up to date