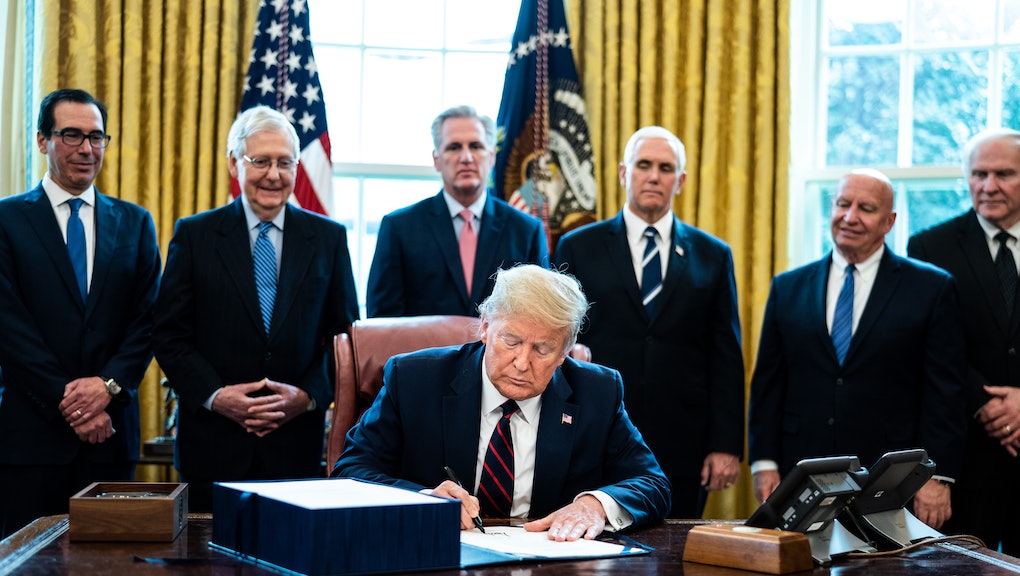 When will you get your coronavirus stimulus check?

When the government finally passed its massive coronavirus relief bill last month, the prospect of millions of Americans receiving a $1,200 check to help buoy the collapsing economy was met with guarded relief or resigned disappointment, depending on your perspective. But if you fall within a certain income range, the fact remains that you'll be receiving some money from the federal government. When you'll be getting your stimulus check, however, is a different story.

According to details from a Trump administration memo being circulated among House Democrats and obtained by NBC News, the first round of stimulus money will "likely" appear in the bank accounts of people for whom the government already has direct deposit information — some 60 million individuals — beginning the week of April 13. After that, however, paper checks won't begin to be cut and mailed until May 4, the memo states. Making matters worse is the fact that the federal agency in charge of printing, cutting, and mailing the physical checks can only produce about 5 million of them per week. All told, it could take up to 20 weeks — or around five months — to clear the remaining checks.

A few things to keep in mind after reading that: In the past two weeks alone, nearly 10 million Americans are estimated to have lost their jobs due to the coronavirus pandemic — the sort of unfathomable economic calamity that is on par with the Great Depression, and which highlights the need to get money into the hands of as many people as possible, as quickly as possible. (Remember, rent was due Wednesday, likely along with a whole host of other bills tied to the first of the month).

Holding out on sending the paper checks until May is likely going to hurt the people who need the money the most. Millions of Americans don't have bank accounts, whether due to minimum balance requirements or lack of information or otherwise, and even people with bank accounts may not have their current direct deposit information on record with the IRS. Some people turn to alternate services like payday loans. These individuals are, broadly speaking, already dealing with financial hardships and poverty — and they'd be the ones most likely to be waiting months for their checks, while simultaneously being the people for whom a cash infusion would likely do the most immediate good.

According to the administration's memo, the physical checks will be processed so that lower income Americans are first in line. That's good, but considering the May 4 start date for those checks to be cut and mailed (whoops, there goes another due date for rent!) it's astonishing for the White House to think that these checks will be able to truly help right the economy, when millions of people will be suffering for weeks and months more before they ever see a cent from the government.