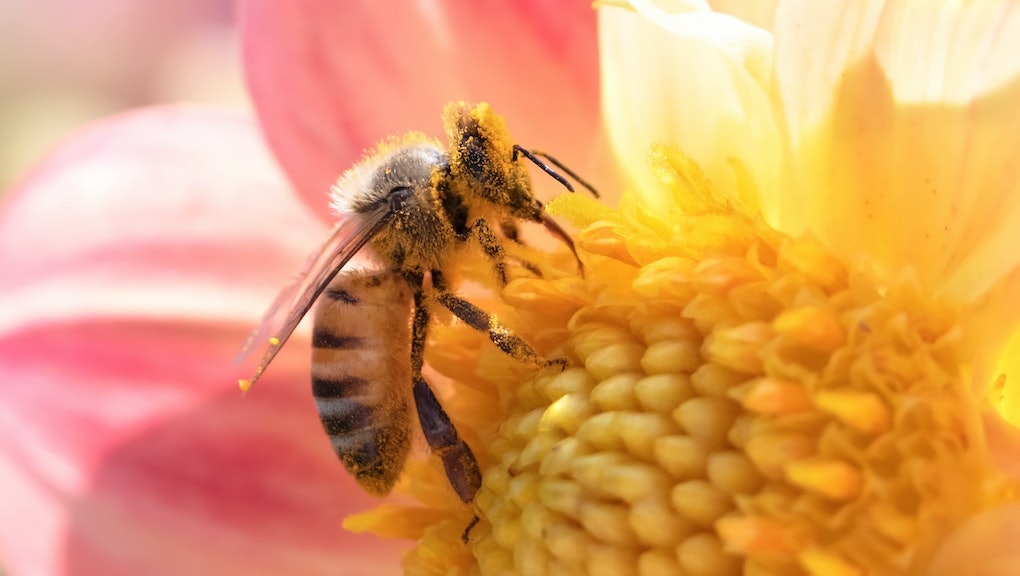 When you eat honey, you're probably eating nuclear fallout

Since 1945, the United States has conducted more than 1,000 nuclear tests. You can still taste them in your honey. According to a study published in the journal Nature Communications, honey in the U.S. contains elevated levels of cesium, a chemical element that is the product of nuclear explosions.

Researchers looked at honey samples collected from more than 100 hives across the eastern U.S., along with accompanying soil samples, and tested them for evidence of radiation. The found cesium present at higher than expected levels in both the honey and the soil, suggesting that the nuclear blasts have stuck around — and that we're probably eating the fallout.

This isn't uncommon, as it turns out. Following the disaster at the Chernobyl nuclear power plant in 1986, researchers found that honey and pollen in Europe carried elevated levels of cesium as well. Cesium has a radioactive half-life of 30.2 years, making it one of the longest lasting fission products that result from nuclear blasts.

In the U.S., the cesium is likely the result of atmospheric nuclear tests that were conducted in the Marshall Islands, located in the central Pacific Ocean between Hawaii and the Philippines, and the southwestern deserts of the continental U.S. So why grab samples from the East cCast, and why is there still radiation on the opposite side of the country from where the tests were conducted? According to researchers, the fallout from those bomb tests spread throughout the atmosphere and landed all over the planet. A disproportionate amount of it settled in across eastern North America.

While most of the radiation decayed in just a few days, the cesium soaked into the soil. The plants were largely cool with that, as the chemical element has a similar structure to potassium, leading to the flora absorbing large quantities of it. With the plants chowing down on radiation, they started serving that up in pollen, which bees happily spread and took back to their hives. As they made honey, they passed on the radiation — which we then bottle up and consume.

The good news is that the cesium found in these samples is unlikely to hurt you. The researchers said that the levels are below the "dietary threshold level of concern observed by many countries, and not evidently dangerous for human consumption." However, it's not great for bees. The researchers warned that prior studies have found that low levels of cesium pollution "can be lethal to pollinating insects" and can cause damage to their ecosystems. As if we haven't made the lives of bees hard enough already.

This article was originally published on April 23, 2021