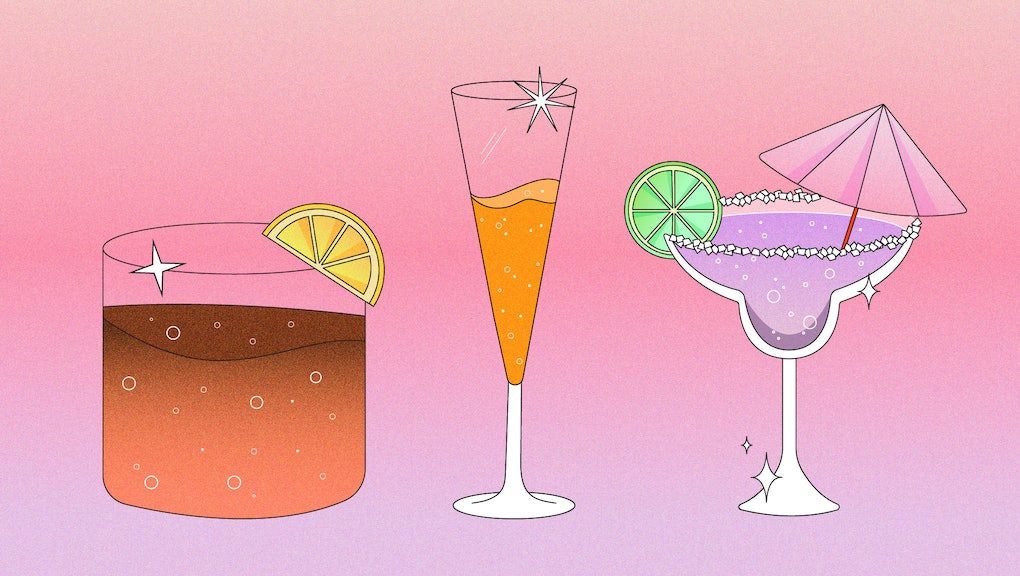 While the pandemic weaned some people from alcohol, others are sober-ish, or their drinking habits have stayed more or less the same as they did pre-COVID. If you’re still imbibing, you might as well do what you can to avoid feeling like a truck hit you the next day, or at least lessen the blow. To help you drink more mindfully, Mic asked medical experts a question that’s inspired many a Google search: What type of booze gives you the worst hangover?

First things first: What is a hangover, and what causes it?

You’re probably familiar with the symptoms, which Alexis Hammond, associate Medical Director of the Center for Addiction and Pregnancy/Addiction Treatment Services at Johns Hopkins Medicine says can include headache, nausea, diarrhea, sensitivity to light and sound, and a general malaise.

While there’s consensus about what a hangover feels like, “the exact physiological cause is not fully known,” Hammond tells Mic. Lewis Nelson, chair of the department of emergency medicine and chief of the division of medical toxicology at Rutgers New Jersey Medical School, echoes this ambiguity. But in general, alcohol triggers “changes in the way your neurons work,” he says.

How do they work, though? Neurons are surrounded by a fatty membrane, Nelson explains, and they communicate by conducting electricity, which arises from changes in the flux of electrolytes across the membrane. Since alcohol dissolves in fat, it can pass through the membrane, enter the neuron, and alter this flux — and, in turn, how the neuron conducts electrical impulses. “It’s less flexible, a little bit more rigid,” Nelson says, or at least that’s the model that’s been proposed. This disruption seems to underlie that oh-so-fun constellation of symptoms known as a hangover.

Is there a rule of thumb for which types of booze will give me a bad hangover?

While the cause of hangovers remains unclear, molecules known as congeners play a role, Hammond says. “They come along with the process of fermentation,” she explains. Nelson notes that you can break down any booze into three ingredients: alcohol, water, and congeners.

Congeners “are really thought to be found more in darker liquors like whiskey, brandy, dark rum, or dark tequila,” Hammond says. But Nelson believes aroma might be a more precise indicator of whether an alcohol will leave you feeling like a shell of yourself the morning after. These small, volatile molecules give spirits “the essence, the smell,” he explains, “It’s the thing that makes the spirit what it is.” The congeners in rum are what give the spirit its characteristic fruity aromas, while those in bourbon often impart it with vanilla and caramel aromas.

While lighter beer, wine, and spirits like vodka generally aren’t as aromatic as their darker counterparts, gin is a notable exception. Gin can be intensely aromatic, and indeed, Nelson notes, it does contain high levels of congeners and can lead to worse hangovers as a result, even if it’s clear. That’s why he suggests using aroma to gauge congener content instead of color.

That’s not to say that vodka — which is low in congeners, apparent in its relative lack of aroma — won’t get you hungover. A lot of vodka will still give you a worse hangover than a few sips of bourbon, Nelson says, but if you drink the same amount of each, you’ll get a worse hangover from bourbon. Hammond notes that other factors, like your genetics, tolerance, and hydration levels, can also influence the intensity of your hangover. But generally speaking, all other things being equal, “the more aromatic the drink, the more likely it is to cause a hangover,” Nelson says.

Hammond says that in addition to the congeners produced in fermentation, your body also produces congeners, like acetaldehyde, when it metabolizes alcohol. When you overindulge, she explains, you get a buildup of these toxic metabolic byproducts, which your body can’t clear fast enough, causing hangover symptoms. That could also be why drinking too much of anything — even if, like vodka, it contains few congeners from the fermentation process — can get you hungover.

How do congeners worsen hangovers?

Nelson tells Mic that, like alcohol, they probably act on the neuronal membrane. Like alcohol, congeners are tiny molecules, but “they get in the membrane, and they stay there a little bit better,” he says. “Alcohol is quick in quick out.” He adds that congeners might also circulate longer than alcohol does in the body. While we might breathe or pee them out, “the body is not really made to metabolize them. We have a very efficient system for metabolizing alcohol”— most of which happens in the liver —"but not getting rid of many of these other little compounds.” Hammond says we don’t know exactly how they make you more hungover, but when the body metabolizes them, the resulting molecules are toxic, which causes hangover symptoms.

What else should I watch out for?

Quality matters, too. Hammond tells Mic that bottom-shelf booze also tends to lead to worse hangovers. While it’s not entirely clear why, “the filtration processes [used to produce higher-quality alcohol] may remove some of the congeners,” she says.

Also be mindful that dancing and other forms of physical activity while drinking can cause dehydration and low blood sugar, which can also contribute to a hangover.

Besides taking the alcohol itself into consideration, Hammond says there are other steps you can take to minimize a hangover: Stay hydrated before, during, and after drinking, and remember to eat. Stay within your own personal tolerance level, and if you’re unsure of your limit, start low, and go slow. Also be mindful that dancing and other forms of physical activity while drinking can cause dehydration and low blood sugar, which can also contribute to a hangover.

Think of your body as a machine that you need to keep well-fed and well-hydrated, even when you’re drinking. If you want to increase your chances of keeping it in working order after a night of imbibing, limit the booze that experts say is more likely to give you a bad hangover: anything aromatic and anything cheap. It might be worth shelling out for something light and refreshing from the top shelf if you can swing it and if you’re really keen on not feeling like death the next morning.

This article was originally published on May 19, 2021