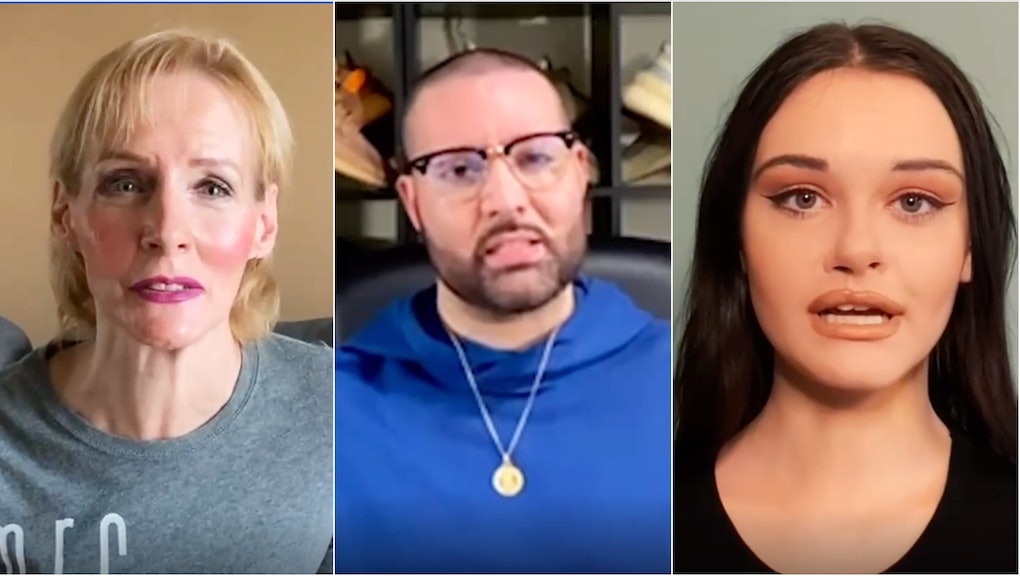 Who are these people who say they're voting for Kanye West?

Kanye West just released another campaign ad featuring what appear to be testimonials from young voters on why they support his candidacy.

The new video features West’s supporters saying things like, "As a young Christian, I'm proud that my vote is going towards a campaign that is faith-based,” and "Mr. West wants the best for the American people and with the help from God, he will achieve his goal by winning the 2020 presidential election.”

According to a press release announcing the second campaign ad, the clip is supposed to exemplify "the wide appeal that Kanye's vision has had with voters across America."

Kanye has missed the filing deadlines to be on the ballot in most states. In others, he's been accused of misleading voters in hasty attempts at conjuring support.

The last-minute rollout of these ads raises a lot of questions: Did West send out a bat signal, calling for testimonials from fans who believe he can actually win? Did his campaign pay these people for their endorsement? Are these paid actors? Why would you agree to be in a Kanye for President advertisement? Who is directing a Kanye for President advertisement right now?

Ye has spent something like $5.8 million on his campaign so far this year, according to a Federal Election Commission filing. Most of that money comes from a $6.7 million loan he gave himself. West’s two campaign ads look surprisingly low-budget considering.

The commercials represent run-of-the-mill political theater. All campaign ads make a candidate’s victory seem like a certainty. But experts agree, the only way West is going to have an impact on the outcome of the 2020 election is if he’s a spoiler candidate, siphoning votes from Donald Trump or Joe Biden. And with most Americans already nervous about the outcome of the election — not to mention the future of democracy hanging in the balance, it's hard to imagine why Kanye West thinks anyone needs this right now.

More like this
The NFT gold rush, explained by the world's first meme manager
By Kara Weisenstein
How “stoopers” turned New York City sidewalks into trendy, sustainable thrift shops
By Jasmine Vojdani
Caitlyn Jenner's campaign is off to a great start!
By Rafi Schwartz
Stay up to date