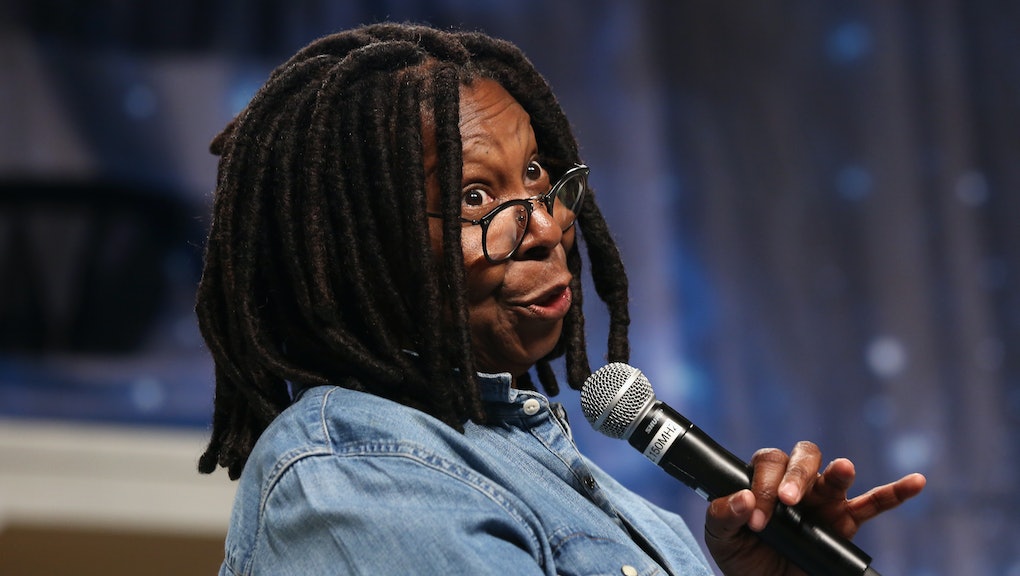 Whoopi Goldberg appears to have finally had enough of Megan McCain

Whoopi Goldberg often tries to stay out of on-air squabbles on The View, the weekday talk show she co-hosts with Joy Behar, Meghan McCain, Sunny Hostin, and Abby Huntsman. But on Tuesday, as the ladies debated impeachment, Whoopi lost her cool and scolded McCain on-air.

Let’s back up a bit and review how this went down: Hostin, who’s also a senior legal correspondent and analyst for ABC News, initiated the conversation by pointing out differences she saw between President Clinton’s Senate impeachment trial and the way Trump’s dealings with Ukraine are being handled.

“You had so many senators that voted to not only impeach but also convict President Clinton for, yes, perjuring himself. Many of those same people are still in the Senate. I cannot believe they would vote to impeach and convict a sitting president for perjuring himself and they would not vote to convict a president, and remove a president, who clearly wanted to use a foreign government for his own personal benefit to impede our very democracy,” Hostin argued.

“That is the height of hypocrisy for this Republican-led Senate,” she said. “I don’t understand it.”

McCain, who’s the daughter of late Arizona Senator John McCain, got defensive. “My job here is not to litigate the ethics of it,” she said. “I’m an ABC political analyst along with being a View co-host, my job is to analyze the politics of it. And I’m telling you the politics —"

Goldberg cut in to try to guide the conversation back on track, but a defensive McCain posited whether people wanted to hear a conservative perspective “on the show ever.” That’s when Goldberg snapped at McCain, then demanded the network cut to a commercial break.

This sort of drama is great for The View. Whoopi’s name trending on Twitter keeps the show relevant amidst an ever-more-saturated news cycle. The show also cherry picks its hosts to maximize ideological fireworks. For years, Elisabeth Hasselbeck was The View’s token conservative, and she repeatedly clashed with liberal-leaning co-hosts Rosie O’Donnell and Barbara Walters.

McCain isn’t the lone conservative on The View these days. Abby Huntsman is a Fox News alum who joins her in repping a right-wing perspective. McCain isn’t necessarily a fan of the president; Trump said many disparaging things about her father, after all. But she has a tendency to get far more heated and defensive on The View than Huntsman does, and today some long-simmering tensions boiled over.