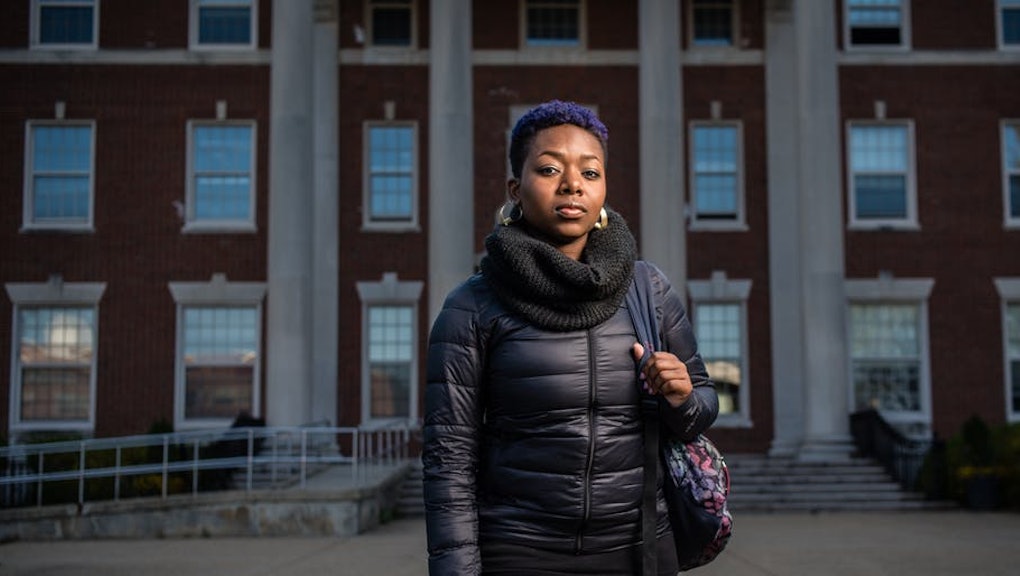 Why COVID-19 closures could hit historically black colleges the hardest

As the COVID-19 crisis forces many schools to close their campuses and move all courses online, some worry that the pandemic could have a bigger negative impact on the nation’s historically black colleges and universities than for other campuses. Here, a panel of experts forecast what’s in store for HBCUs.

How is the outbreak is affecting HBCUs?

Marybeth Gasman, professor of education at Rutgers University: I am worried about the technology demands on HBCUs, given how few IT specialists many smaller HBCUs have as well as the costs of managing online classes. I’m also worried about students not having access to Wi-Fi at home or laptops — 75% of HBCU students are eligible for Pell Grants for students from low- to middle-income families. I’m happy to see some HBCUs — Paul Quinn College, in Dallas, Texas, for example — lending students laptops for the rest of the semester.

HBCUs rely a lot on tuition and have smaller endowments than other schools. If these HBCUs get into financial trouble, they risk losing their accreditation since financial stability is one part of what it takes to remain accredited. Without accreditation, it is nearly impossible to recruit students.

Ivory Toldson, professor of counseling psychology at Howard University: In 2008, during the Great Recession, the New York Times published an article that mentioned an old saying: “When America catches a cold, African-Americans catch the flu.” This applies to HBCUs. Disruptions in enrollment and fundraising efforts, as well as closed dorms, prorated rebates, and lost revenue from food services and university bookstores will short-circuit normal streams of revenue for all universities. But HBCUs might see worse effects because they have less money to begin with.

Gregory Price, professor of economics, University of New Orleans: To the extent that HBCUs, relative to other schools, owe more debt tied to their dorms, the absence of students in residential on-campus housing could constitute a severe revenue shock.

Perhaps an extreme example of this is the case of Bethune Cookman. The private historically black university in Daytona Beach, Florida is obligated to spend about $306 million to pay off debt it took on to build a new dorm. If the outbreak continues, many of Bethune Cookman’s dorm rooms could wind up empty, as enrollment was already declining before this pandemic began. If that happens, it would reduce revenues to pay off the debt on the housing.

In general, I believe that prolonged closures could make it harder to pay off debt for new student housing at many HBCUs, which could move them closer to the financial brink.

Do HBCUs have rainy day funds?

Gasman: No. Because HBCUs have small or relatively small endowments and because they educate some of the most socioeconomically vulnerable students, they face a disproportionately high level of risk right now. HBCUs are similar to families without substantial savings. HBCUs are funded heavily by tuition. Any drop in enrollment, which could happen by way of students not returning next year or not enrolling next year, will be devastating.

Keep in mind that, with few exceptions, HBCUs have rarely gotten large donations. When institutions have a long history of being underfunded, they can’t build the same foundations as those that do.

What, if anything, should the federal government do to help HBCUs now?

Gasman: HBCUs are vitally important to African Americans and other students as well. Their outsized contributions in STEM, in the preparation of students for graduate school and in medicine are essential to the representation of African Americans across these areas. Without HBCUs, we would see an immediate drop in the number of new black scientists, black professors and black doctors.

In my view, the federal government could and should support a stimulus package for HBCUs to help them through this dire time. Rep. Alma Adams, a Democrat from North Carolina, is already working with input from the United Negro College Fund and Thurgood Marshall College Fund, two organizations that support students at HBCUs, on an initiative along these lines.

I’d like to see the federal government invest in HBCU infrastructure, technology and institutional aid so that HBCUs can attract more students.

Toldson: I think the federal government should provide emergency relief for revenue loss from unexpected closures, including the cost of having to reschedule commencements. The government should also provide support to students who had to spend money to relocate once their campuses closed.

Price: A coronavirus stimulus package could include giving $1,000 for every enrolled student at an HBCU per academic year. For a private institution like Bennett College, in Greensboro, North Carolina — with approximately 500 students — this would translate into approximately $500,000 to offset declines in housing revenue.

Can HBCUs rely on private philanthropy during this emergency?

Gasman: No. Some big donors and foundations give to HBCUs but not in a way that will help them survive this crisis. In addition, HBCU alumni — for the most part — can’t afford to give in the ways that are needed. The average African American family has roughly $5,888 in assets compared to the average white family’s $88,000. Being wealthier makes people feel more free to give.

Price: Probably not, as philanthropy targeted at HBCUs continues to lag significantly behind other schools. In 2019, the top seven predominantly or historically white colleges landed $2.94 billion in donations, versus just $43 million for the nation’s 100 or so HBCUs.

Are any HBCUs in danger of permanently closing?

Gasman: Yes, but only those that were already in dire straits. And I’m not even convinced that they will close in those cases. I began doing research related to HBCUs in 1994, and I have listened to people say over and over that HBCUs are going to close. Someone will predict the imminent closure of 30-40 about every five years. They are always wrong. A few have closed but not many. Many colleges are closing and so yes, some HBCUs are in danger, but most HBCUs are incredibly resilient.

Toldson: In my opinion, only the HBCUs that had — to borrow a phrase commonly used throughout this pandemic — preexisting conditions. HBCUs that are under-enrolled or financially impaired, with infrastructural issues, such as unfilled leadership positions, accreditation issues and subpar facilities, could have serious problems rebounding.

Price: Yes, private HBCUs who are unable to withstand the declines in enrollment and the associated revenue similar to those that led to the closure of St. Paul’s College, in Lawrenceville, Virginia, in 2013. Currently, several HBCUs have been placed on probation by their regional accreditor for financial instability reasons. If the coronavirus continues to keep their dorms empty, the revenue shock from the pandemic could conceivably cause those in a financial situation similar to St. Paul’s College to close their doors.

This article was originally published on The Conversation by Ivory A. Toldson, Gregory N. Price, and Marybeth Gasman. Read the original article here.

More like this
Should vaccinated people wear masks indoors?
By Peter Chin-Hong
This white woman called herself the Queen of Congee for “improving” a 3,000-year-old Asian staple
By Joseph Lamour
How to embrace body acceptance without being ableist
By Melissa Pandika
Stay up to date