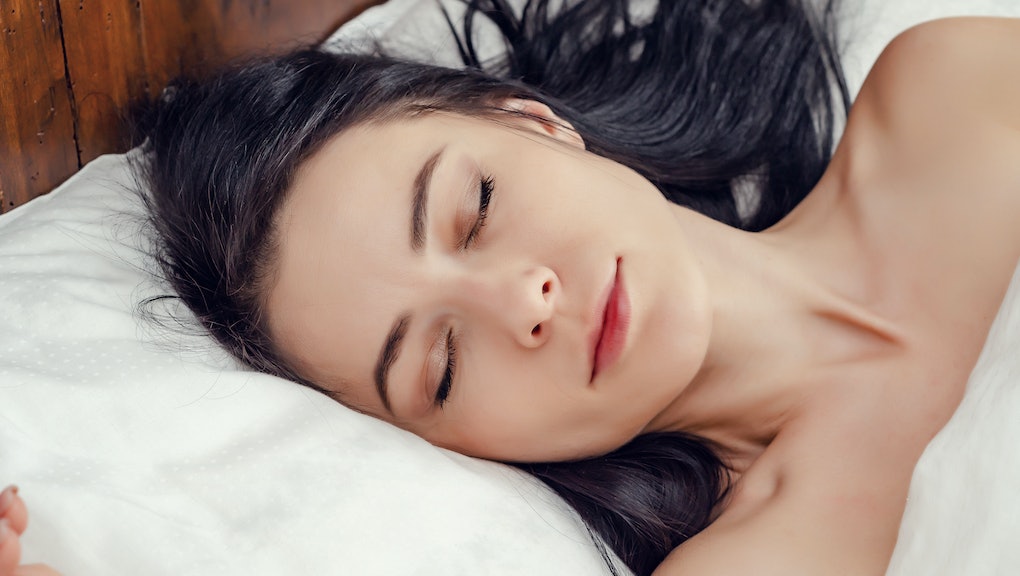 Why does my body jerk when I'm falling asleep?

Sometimes when I’m dozing off at night, something weird happens. I feel like I’m falling, and every now and then, I even dream that I’m stumbling backward off a curb. A second or two later, my body jerks, startling me awake. Sometimes, the experience leaves me feeling so anxious that I have trouble drifting back asleep.

But according to sleep experts, I have nothing to worry about. That falling sensation and sudden jolt is what’s called a hypnic jerk, which, though somewhat alarming, is a totally normal phenomenon, not a sign of a serious underlying problem. It’s also extremely common: As many as 60 to 70% of people have reported experiencing hypnic jerks, per the most recent edition of the International Classification of Sleep Disorders, a manual used to diagnose sleep-related issues.

When this happens, certain parts of your nervous system are asleep, while other parts are awake, Pelayo explains.

Also known as a hypnagogic jerk or sleep start, a hypnic jerk is basically an involuntary movement, usually of a large muscle group, that occurs as you transition from wakefulness to sleep, Rafael Pelayo, a sleep specialist at the Stanford Sleep Medicine Center, tells Mic. You might swing your arms, for instance, or kick your legs. If you’re sitting upright, you might snap your head back (I know — it's creepy).

Because hypnic jerks are benign and don’t need to be treated, there hasn’t been a ton of research on them. As a result, “they’re not well-understood,” Pelayo says. They do tend to occur more often when you’re sleep-deprived, yet force your mind to be engaged in some activity — like when you’re lying in bed listening to a podcast, or at a work meeting. I usually experience hypnic jerks when I’m reading or watching Netflix, and haven’t slept much over the past few nights.

When this happens, certain parts of your nervous system are asleep, while other parts are awake, Pelayo explains. It turns out that your nervous system’s control of your muscle movements during sleep is different than it is during wakefulness, which explains why your limbs twitch or flail. Basically, you can think of hypnic jerks as “misfires” triggered by your nervous system sending your body mixed messages.

If you dream about falling during hypnic jerks, like I do, that could indicate that you’re severely sleep deprived, he says. Before delving into why, let’s back up and go over what happens to your mind and body when you sleep: As you nod off, you enter Stage 1 sleep, followed by Stages 2 and 3, and rapid eye movement (REM) sleep. Altogether, these stages last around 90 to 120 minutes, and you cycle through them four or five times a night, Ramiz Fargo, a sleep medicine specialist at Loma Linda University Health, told Mic in a previous article.

Hypnic jerks generally occur as you transition from wakefulness to Stage 1 sleep. Vivid dreaming takes place during deeper REM sleep, which you normally enter roughly 90 minutes after drifting off. But when you’re really sleep-deprived, you book it from Stage 1 straight to REM sleep. “You’re skipping over those bricks [Stages 2 and 3] and hugging REM,” Ralls says. That could explain why I occasionally dream that I’m falling from a curb, even after having just dozed off.

A hypnic jerk is “a clear signal from the body, telling you it wants to sleep,” Pelayo says. “Nothing else is going to satisfy that urge.” If it’s nighttime, close Netflix, turn off the light, and go to bed.

If you’re experiencing hypnic jerks, but sleep isn’t an option — like during a class lecture or a meeting at work — focus on something about that scenario that's more important than dozing off, Pelayo suggests. Make eye contact with the speaker. If you anticipate snoozing during the presentation, drink coffee beforehand, since it’ll take 15 or 20 minutes to take effect. And if you want to prevent hypnic jerks, make sure you clock in the recommended 7 to 9 hours of sleep per night.

Hypnic jerks can feel scary, but reminding yourself that they don’t mean anything is wrong with you can help, Ralls says. Next time I experience one, I’ll try to practice this self-talk and honor that freaky falling sensation as a message from my body of what it really needs.

This article was originally published on November 23, 2020

More like this
Can CBN help you sleep? The science behind the trendy weed compound
By Melissa Pandika
This anti-vaxx doctor is seriously telling lawmakers vaccinated people are "magnetized"
By Tracey Anne Duncan
Magic mushrooms could treat depression better than some medications, a new study suggests
By Melissa Pandika
Stay up to date