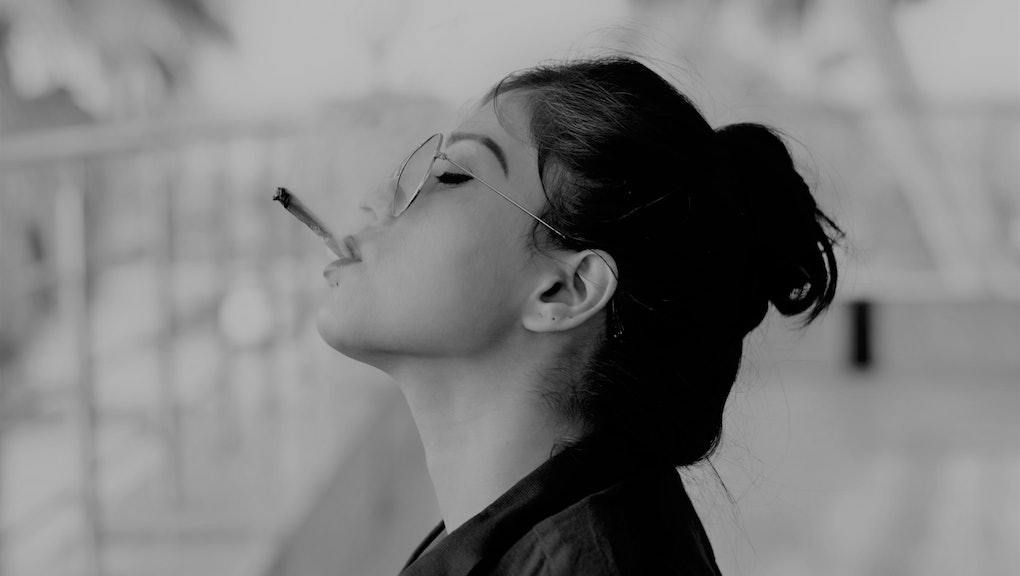 Why does weed make you feel tingly?

Cannabis transports me to a fuzzy, blissed-out headspace, a momentary escape from what most would deem a truly shitty time. But beyond the mental effects, I’ve noticed some weird, though not unpleasant, physical ones: a cool, tingling sensation in my face, neck, and even in my nether regions. And I’m not alone, either. Other folx have reported experiencing the same thing in various parts of their bodies whilst high. Why does weed make some people feel tingly?

To find out, I picked the brain of Lewis Nelson, professor and chair of the department of emergency medicine and chief of the division of medical toxicology at Rutgers New Jersey Medical School. What triggers the tingles isn’t entirely understood, but he has a few theories.

"I think for some people, it’s a normal experience you have any time you have a mind-altering substance," he says. Mind-altering substances like cannabis, as their name suggests, alter how the brain works. It stands to reason, then, that they also alter how the nerves work and how the brain perceives sensory information from the nerves, which some people might experience as strange sensory misperceptions — like tingles in the case of weed, or the sensation of bugs crawling beneath the skin in the case of cocaine and methamphetamines.

Another possible explanation for the weed tingles: anxiety and paranoia, which are associated with cannabis use in some people and can make them hyperventilate. “Hyperventilation changes the pH in your blood, and that causes the funny sensation,” Nelson tells me.

The thing is, many people report that weed makes their arms, legs, and other body parts tingly, yet panic attacks typically produce this sensation in the fingers and toes, Nelson points out. And at least based on their posts on Reddit and other online communities, those who feel tingly when they imbibe aren’t necessarily in a panicked state. In fact, some genuinely enjoy the sensation. While I don’t love it, it doesn’t bother me, and I’m usually pretty damn chill when I experience it.

So while anxiety might make some people feel tingly when they consume cannabis, something else might be happening in those who report this sensation without any accompanying anxiety. Nelson wonders if it may have to do with a connection between cannabis and the tiny peripheral nerves associated with sensation.

Although he stresses that this connection remains unproven, he speculates that it may exist because hot baths, as well as capsaicin, can alleviate cannabis hyperemesis syndrome, a terrible condition characterized by intense, repeated vomiting, typically associated with heavy, long-term weed consumption. Hot water stimulates the nerve endings, while capsaicin acts on a neurotransmitter found in certain sensory neurons, known as substance P. Sensory neurons "appear to be activated by cannabis," Nelson notes.

So there are few possible reasons for that tingly feeling that can arise when you indulge in a joint or edible — but is it something to worry about? Nelson doesn’t believe so. “One thing I don’t think it is, is an allergy,” he says, adding that the sensation described on online forums isn’t typical of an allergic reaction, whose symptoms include hives and swelling of the throat, for instance. Plus, “the risk or rate of allergy to cannabis is very low, and given the widespread nature of this feeling, it just seems unlikely.” He doesn’t think contaminants are to blame, either, again, because this phenomenon seems so common, and therefore more likely due to the cannabis itself.

Although some cannabis websites list “tingly strains,” Nelson notes that it’s not clear at this point what factors — such as the content of tetrahydrocannabinol (THC, the compound that gets you lifted), or whether you smoke or ingest your weed — make you more likely to feel this way.

“Obviously, if it’s something that bothers people, the easiest answer is to not use cannabis, or try a lower dose, or take it through a different route,” he says. Indeed, I can personally attest that so much of cannabis use is trial and error. If that tingly sensation is not your jam, know that it’s fine to try something different, and equally fine to walk away from the herb altogether.

This article was originally published on Jan. 1, 2021