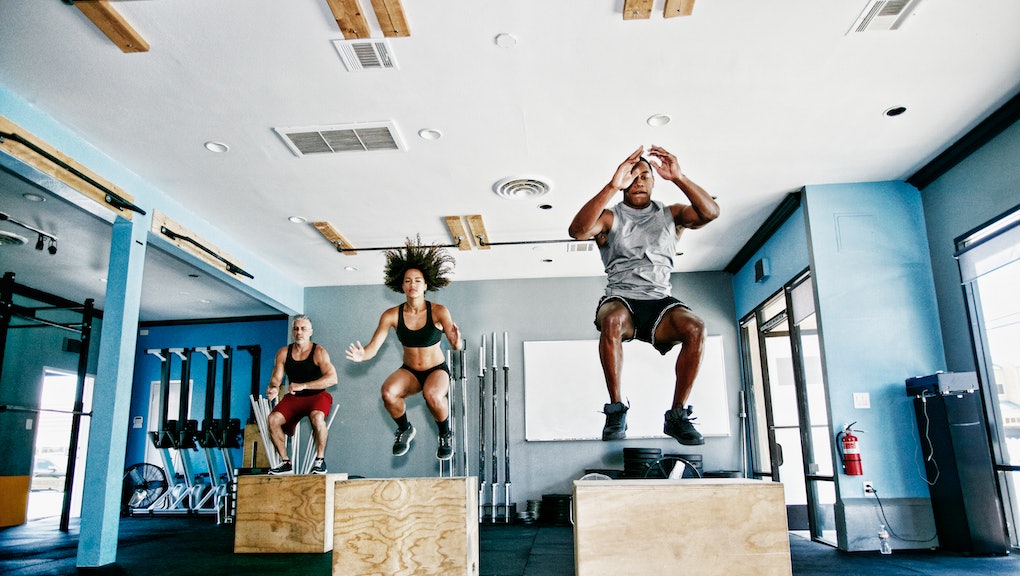 Why intense workouts make you want to throw up

My fitness regimen these days consists primarily of strength training and hiking. But back when I used to train for long-distance running races, a familiar, dreaded sensation would hit me, usually while pushing myself on a hilly stretch: a lurching of the stomach, followed by a wave of nausea. Sometimes I’d feel so queasy, I’d need to slow down to a walk. Why do I feel like throwing up when I work out? I’d wonder as I cursed my digestive system for hijacking yet another run.

To figure out what was up, I reached out to Tom Holland, an exercise physiologist and author of The Micro-Workout Plan: Get the Body You Want Without the Gym in 15 Minutes or Less a Day. He explained that high-intensity workouts are basically a shock to your system — especially if you skip warming up — resulting in various biological processes that may make you feel nauseous.

Before we get into the specifics, let’s walk through what happens in your body when you exercise. For starters, up to 70% to 80% of your blood gets shunted away from your gastrointestinal system to your muscles, Holland tells me. “Some people are going to react to that by feeling nauseous.” Lactic acid (your body's byproduct of anaerobic respiration) builds up, which might also induce nausea, depending on your cardiovascular fitness level. And your blood pH levels decrease, which your body counteracts by increasing its breathing rate, removing more carbon dioxide. “The quick breathing, especially with intense exercise, can be a factor in making you nauseous,” Holland says.

For the most part, research shows that low-level exercise, like the elliptical, a slow run, or a weight room circuit, won’t make you nauseous, Holland says. High-intensity cardio has a greater likelihood of doing so, since it redirects more blood from your GI system to your muscles, and basically delivers a stronger shock to your system. This is especially true if you don’t warm up, which eases body into high-intensity mode, rather than pushing it from 0 to 60. “That’s a huge thing, getting that body primed and ready, the core temperature up, and getting your blood flow to the muscles gradually,” Holland says.

But he points out that everyone tolerates the changes that occur during intense exercise differently. The abrupt diversion of blood from the GI system to the muscles might make one person want to barf, but not really affect you. Your cardiovascular fitness matters, too. The more high-intensity interval training (HIIT) you do, the better your body becomes at using lactic acid as fuel. As a result, the lactic doesn’t build up as quickly, and you’re less likely to feel nauseous. (Some believe excess lactic acid may cause vomiting because the body perceives it as the sudden buildup of a toxin.)

To avoid feeling nauseous, Holland strongly recommends warming up for at least for five to 10 minutes if you plan on an hour-long HIIT sesh. You can’t really overdo it. Don’t worry about spending too much time on your warm-up — worry about not spending enough time on it.

Watch your food and fluid intake, too. Carrying a ton of stuff in your stomach as your blood gets rerouted away from it might not feel great, Holland says. Generally speaking, you don’t need to eat a huge meal if you’re only working out for an hour or less. A general rule of thumb is to stick to carbs and fluid, rather than high-fat, protein-rich foods, around 30 minutes before you work out. “Carbohydrates are our bodies’ preferred energy source,” Holland explains.

The specifics of how to time your meals and what foods and/or beverages to avoid will take some trial and error. Think back on what you had to eat and/or drink before the last time you felt like throwing up while working out, or even keep a journal of what you had, and when. I’ve learned, for instance, that eggs are a bad idea, unless I eat them at least an hour beforehand.

How do you deal if you feel like hurling mid-way through a workout? If you’re an athlete in a competition, you might deem the nausea worth the reward and muscle through it. Otherwise, stop to let your stomach settle, and your blood flow slow down, Holland says. “The short of it is to listen to your body, and err on the side of caution.”

I’ve personally found that gritting my teeth through the gut-rumbling tends not to work and just makes me even more frustrated with myself. Sometimes, it makes more sense to take the “L,” figure out what you could’ve done differently, and go beast mode — with intention — next time.

More like this
Peloton finally recalled their treadmills after 70 injuries and 1 death
By Tracey Anne Duncan
What are COVID-19 escape mutants and how much do you need to worry about them?
By Melissa Pandika
Surging condom sales prove that a summer of hot, safe sex awaits us
By Tracey Anne Duncan
Stay up to date