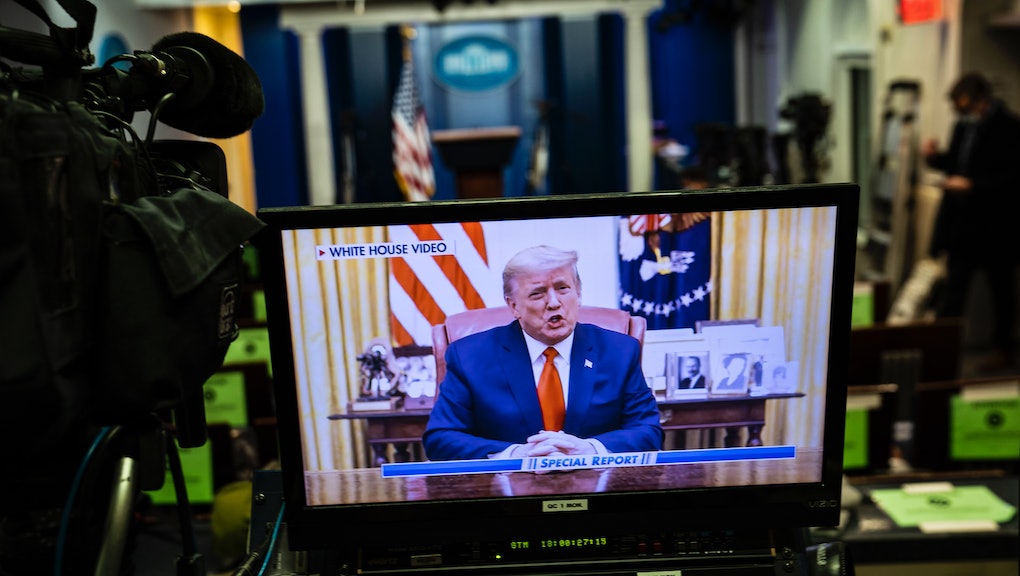 Why is Facebook this confused over letting Donald Trump back?

It's been almost five months since Facebook belatedly booted former President Donald Trump off its proprietary platform of MLM suckers and conspiracy theorist soccer moms, following years of the then-president's bigoted rantings and — more to the point — his enthusiastic support of the Jan. 6 attempted coup at the Capitol. In that time, has the Earth stopped turning? No. Has the sun continued to rise in the east and set in the west? Yes. Are there still a million different ways a billionaire ex-president with nothing but time, money, and a bottomless pit of spite to make himself heard if he wants to be? Boy are there!

And yet, despite all this, Facebook's newly empaneled Oversight Board announced this past winter that, yes, it would consider reinstating the former president's posting privileges, and "consider whether Facebook's removal of the content respected international human rights standards, including on freedom of expression and other human rights."

The Oversight Board, which is comprised of various CEOs, academics, former heads of state, and libertarian weirdos, has taken months — months — to arrive at a final decision on Trump's shitposting privileges. At long last, the decision will be revealed this Wednesday. To which I have to ask: What exactly is the hold up here, folks? Does it really take an entire season to determine whether or not a private company, which is arguably the most powerful institution on Earth, should be Trump-less from here on out?

And, let's be clear, the decision the Oversight Board is making isn't whether or not to ban Trump — that's already happened! It's whether to allow him back onto a platform that gave him plenty of warnings, and only brought the hammer down on him once his longstanding history of incitement and exploitations of the site's weaknesses became too dangerous to ignore.

And what sort of content would Facebook be welcoming back, should Trump regain his posting privileges? Here's his latest proclamation, which — incidentally — was shared far and wide without Facebook's help.

Here is the only question worth asking: If Trump is allowed back, after five months of relative quiet, will his return lead to more violence, as has been demonstratively proven to happen when he's had an unfettered megaphone on social media? Given past evidence, it sure seems likely.

And, boom, there's your answer right there. At least it should be — unless the incitement of violence has become inseparable from the core business of Facebook in the first place, in which case the company has bigger problems to deal with than the rantings of one septuagenarian.

Whether Facebook ultimately continues Trump's banishment or allows him to triumphantly return remains to be seen. But as distressing as that possibility may be, the fact that it's even an open question at this point might be more so.