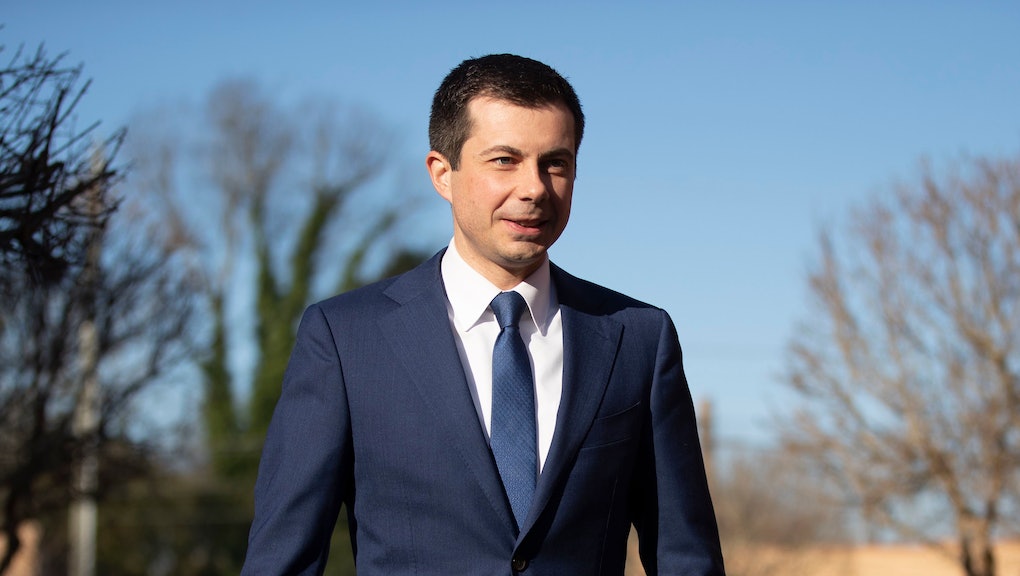 After being laser-focused on the White House for at least the better part of a year, Pete Buttigieg is now shifting his gaze to the entertainment industry. On Monday morning, Buttigieg stopped by the Today Show for his first interview since suspending his presidential campaign ahead of Super Tuesday, and revealed that he’s set to guest-host Jimmy Kimmel Live this Thursday.

Buttigieg discussed how nice it’s been to settle back into the old routines, soon after announcing the hosting job. “The thing about coming off a presidential campaign, is you have been focused on one thing, and one thing only. It’s nice to be able to zoom out and just come back at life,” he said. Of course, that isn’t remotely true, since he’s no longer the mayor of Indiana’s fourth largest city and will presumably enter the private sector where he's likely to earn president-sized salaries for the foreseeable future.

As for the hosting gig, he’s taking over the entire show, monologue and all. “Hopefully some funnier minds than mine will be doing some writing for that,” he said. Patrick Stewart is set to appear, and Today Show host Craig Melvin poked to confirm that his visceral nemesis Amy Klobuchar is not. “I’m hoping to catch up with her soon,” Buttigieg said with a grin.

In the eyes of late-night television, there’s no measurable difference between Buttigieg, Hillary Clinton, Elizabeth Warren, and Donald Trump — all are just sources for content in the quest for eyeballs and strained objectivity. It has a remarkable way of flattening the discourse to presenting figures you recognize attempting relatability with no further interrogation of their ideas. Running for president is a fairly demented goal, and these rituals have only become the most useful tools for keeping that dream alive even after the support dries up.

And yet, it’s still kind of mystifying to see one of the more wooden and unpopular candidates from a crowded field be handed a job that’s previously gone to people like Will Arnett, Jennifer Lawrence, and Kristen Bell when Kimmel’s required time off for personal reasons. Everyone’s still trying to make this guy happen, a shameless Obama cover band with only trace amounts of charisma and youth in common. Another recession’s kicking down the door, so it’s only natural that you’d strain for the worst kind of 2008 nostalgia.

More like this
Megan Rapinoe, Nneka Ogwumike, and 500 more elite women athletes took a stand for abortion rights
By Keith Nelson Jr.
Merely changing ‘The Activist’ from game show to documentary misses the point
By Shamira Ibrahim
Uma Thurman recounted her abortion as a teen in a powerful rebuke of the Texas law
By Kara Weisenstein
Stay up to date