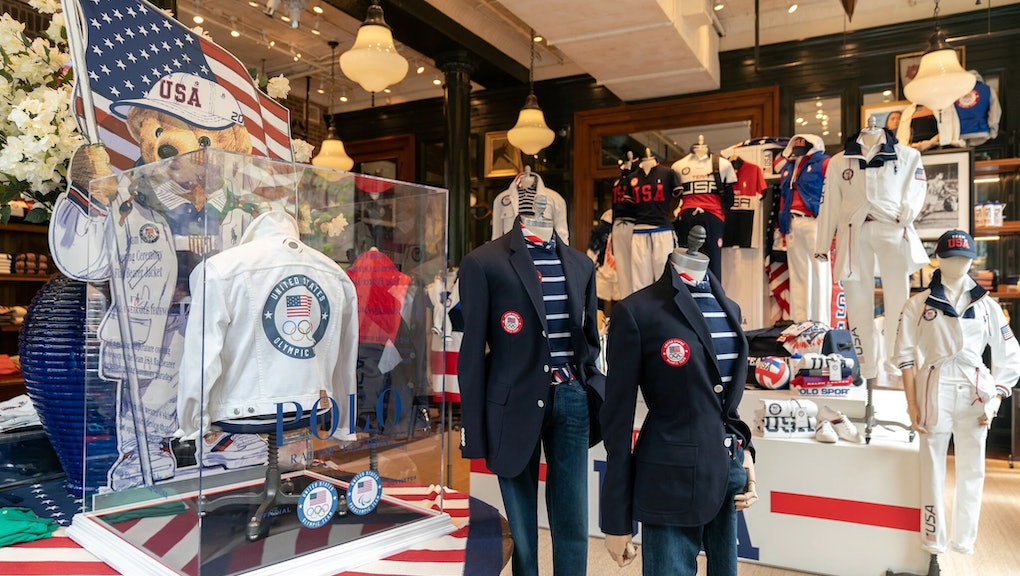 Why is Team USA still dressing like a bunch of preppy assholes?

Since 2008, fashion titan Ralph Lauren has monopolized the designing of Team USA's Olympic Opening Ceremony regalia, in both the Winter and Summer games. While some might argue that Ralph Lauren is an American classic, others could say the aesthetic is a bit stuffy. You could also take it a step further and argue that American prep is a symbol of white privilege, and that in the year 2021, it would be nice if they perhaps ended Lauren's reign and let a person of color design what I'm sure would be a more nuanced, less douchey look. I mean come on, this year they wore...ascots. And while that might seem innocent, it makes a statement: not only that we refer to as classic American style is a very white staple look, but also that it's how we choose to present ourselves on the world's stage.

While past designs have all been preppy, this year's did seem to take it to the next level. Both in conveying of cartoon yacht-driving villain vibes, but also in that this year's uniforms actually included a small air conditioning system. As the New York Times reported, "The navy jackets of the flag bearers Sue Bird and Eddy Alvarez incorporate what the brand has dubbed RLCoolant technology, which 'disperses heat from the wearer’s skin through a sophisticated device that monitors and optimizes temperature.'" And while that is pretty cool, literally, it just adds another air of elitism when not all teams have the funding or capabilities to do the same.

Regardless of how you feel about how Team USA represents us back home, Twitter had a field day mocking Ralph Lauren for making our talented Olympians look like something out of a 1985 catalog that's having coke done off of it. And now that I'm done with my jokes, please enjoy a roundup of Twitter's best digs, because we all could use a Friday laugh.

More like this
How many times must victims relive their trauma in the Larry Nassar case?
By Chloe Stillwell
Colin Kaepernick's new Netflix documentary highlights the man behind the icon
By Keith Nelson Jr.
Turns out "one size fits most" is the least bad thing about Brandy Melville
By Kara Weisenstein
Stay up to date