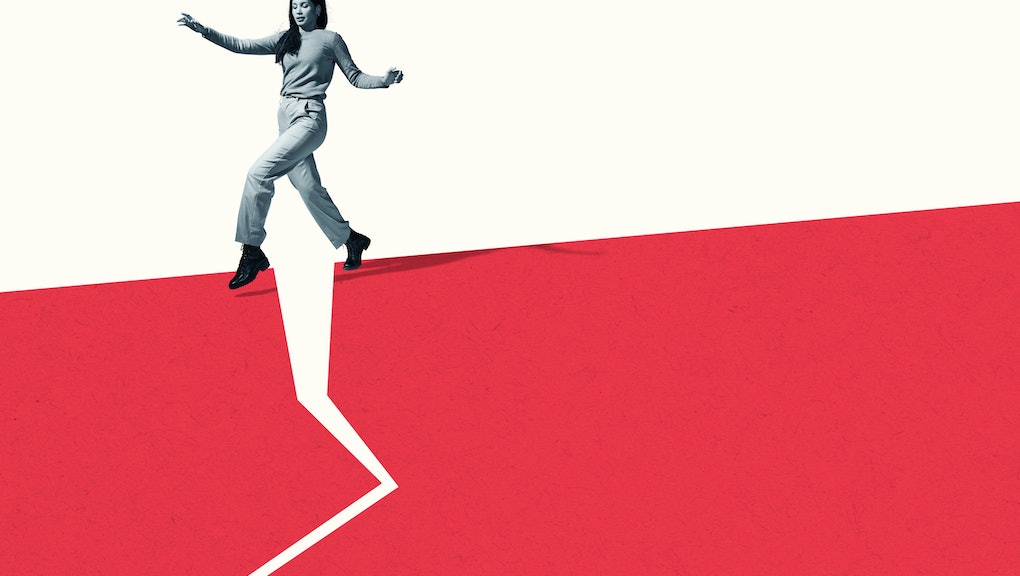 Why people with anxiety do so well during a crisis, according to a psychologist

My sisters and I called home as soon as we saw my mom’s text that my dad’s fever had spiked. Both our parents had recently tested positive for COVID-19. My dad was so tired, he could barely speak — a possible sign of dangerously low blood oxygen levels, I thought. “Dad, you need to go to the emergency room,” I said, firmly. “Now. Just go.” My mom dragged him to the ER, despite his groggy protests. Sure enough, his oxygen saturation had dropped to concerning levels. Thankfully, his chest x-ray looked fine, and he didn’t need supplemental oxygen. Still, my instincts about his blood oxygen were correct — which left me shook, but also affirmed my assertiveness.

I’m not normally this cool-headed, though. My generalized anxiety disorder (GAD) makes me constantly second-guess myself — even over something as trivial as whether to cancel on someone or to speak up in a meeting — so that I take forever to act, then agonize over whether I acted “correctly.” But in moments of chaos, my mind locks into place. I act with more calmness and decisiveness than I usually do. I have an anxiety disorder — so why do I thrive in a crisis?

I asked Sarah Adler, a clinical associate professor in psychiatry and behavioral science at Stanford Medicine, to help me unpack this paradox. What I’m describing isn’t just a quirk unique to me, she explains, but a phenomenon documented in others who manage anxiety, too. “We actually know this, that people who have anxiety disorders do really well in a crisis,” she says.

Simply put, those of us with anxiety disorders often perceive harmless situations as if they were threats and respond accordingly, at a physiological level. As a result, when faced with a legit crisis, “all those physiological responses that you have in a day are put to good use.”

To understand what happens in the brain and body of a person with an anxiety disorder in a crisis, let’s first take a trip to the region of the brain involved in perceiving threats, the amygdala — “the most ancient part of your brain that’s least developed and least connected to your executive functioning or reason,” Adler says. The amygdala is always on the lookout for danger, enabling it to quickly trigger other reactions in your body, such as elevating your heart rate and routing blood from your stomach to your limbs, readying you for fight or flight.

In people without anxiety disorders, a brain region known as the prefrontal cortex, which plays a role in so-called executive functions, including planning and decision-making, basically tells the amygdala to chill in non-threatening situations, Adler says. But in those of us with anxiety disorders, “the prefrontal cortex isn’t very effective in terms of quieting the amygdala.”

As a result, we’re in a state of threat all the time — that is, our bodies are experiencing physiological responses to the amygdala constantly sounding the alarm. It sounds pretty exhausting, and it is; that's why most people diagnosed with anxiety benefit from meds or talk therapy. The flip side, though? “When there’s a real threat in front of you, you’re already primed to expend energy to take care of it,” Adler says. And what’s more, “you’re used to existing in that state of higher anxiety.”

An actual threat doesn’t feel all that different from what we experience day-to-day, in other words. That was my experience when I urged my dad to go to the ER — my mind and body already knew what this fear felt like. They knew exactly what to do.

Sometimes, time even seems to slow down for me in these moments, like a few months ago, when a dog lunged at me and bit my elbow (which, luckily, only left me with a bruise). Instead of erupting into hysterics and fleeing, as I thought I would, I stepped back silently from the dog and stared at his human, who’d been walking him. He apologized profusely. “It’s okay,” I said, my voice calm. The interaction seemed longer than the mere seconds it probably lasted. Adler tells me this is called the Matrix Effect, after the slow-motion fight scenes in The Matrix. “Our experience changes to align with the fact that our internal processing is running more quickly.”

That said, not everyone with an anxiety disorder performs well in a crisis. If your anxiety is too debilitating, and you have too few coping strategies, a crisis would likely cause distress, Adler says. Research has shown that to reach peak performance, you need an intermediate or moderate level of stress, a sweet spot that may differ for everyone. Stress in excess of those levels could cause your performance to suffer.

To be clear, I don’t want to glamorize anxiety as a superpower that can save you or others in a crisis. Anxiety disorders take a serious psychological and physiological toll. For starters, they can heighten your risk of depression, Adler says. They can cause irritability, headaches, digestive issues, lowered libido, increased pain, and disrupted sleep. Talking with Adler helped me understand my collectedness in a crisis as something that might’ve helped my ancestors survive a world where saber-toothed tigers and other dangers abounded — but makes it harder to thrive in my mundane day-to-day.