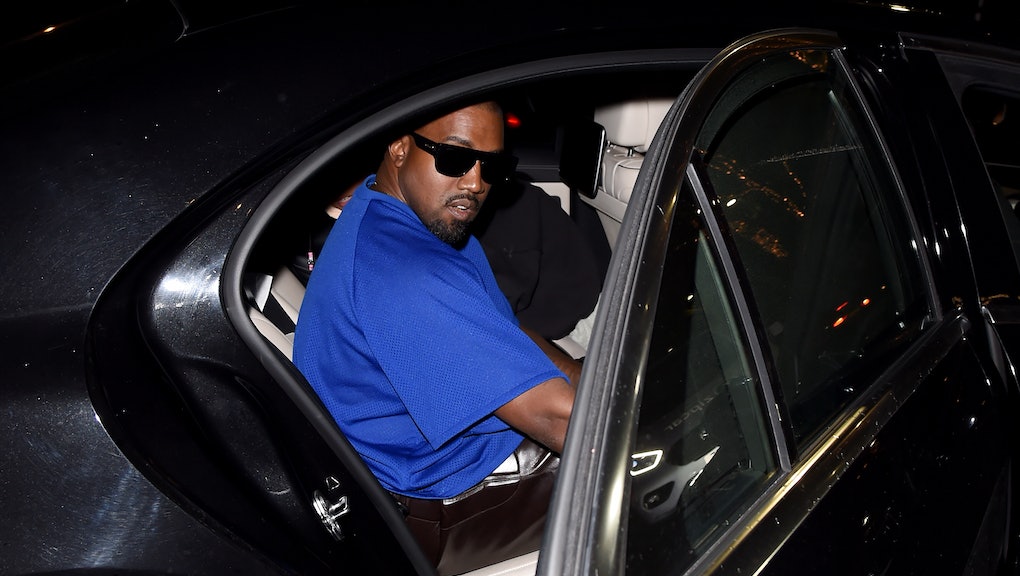 Why the buzz around Kanye West's new album feels different

This past weekend, Kanye West held a much-whispered-about private listening party in Las Vegas, playing songs from Donda, his long-delayed album that is rumored to drop this Friday. Vague details have since permeated the internet, speculating about the album’s sonic palette, whether or not the born-again Christian is back to cursing, and the actual chances the album will in fact arrive this week or just serve as another entry in a long list of delays and empty teases over the years.

Yet, as if to directly allay these fears, Pusha T, the rapper and president of West’s G.O.O.D. Music, announced a public listening party this Thursday at the Mercedes-Benz Stadium in Atlanta. The event is reminiscent of the listening party for a different persistently delayed album, The Life of Pablo, at Madison Square Garden in 2016. Despite a messy string of alterations that followed, the gathering then ultimately heralded the long-awaited record’s arrival in the days that followed. If that arc indicates anything, an album may actually arrive this week (or, maybe the next).

But, amid all the hype, the more striking news underneath these snippets of details is perhaps that there is none. If the rollout is real, Donda’s relatively understated release cycle so far (West, stunningly, hasn't even posted on his own social media channels) is a welcome departure from West’s M.O. over the past few years. It was, of course, around the time of release of 2018’s Ye that he insinuated that slavery was a choice. That incident was a controversy among many throughout his career, but is perhaps the most infamous within a particularly troubling past few years for West, a stretch of time in which he has publicly acknowledged his struggles with bipolar disorder. In that time, he's buddied up with Donald Trump, launched his own presidential campaign, and publicly aired out manic episodes, all of which has led to a fractured and ambivalent fan base.

Granted, it's still early. But the talk around his new album thus far has been mostly quiet about his politics, his emotional state, or any of the general moralizing around West as a figure. Back then, coverage and attention around his behavior was understandable — not only because it was simply newsworthy, but also because, for many within his fan base, his actions were seen as a betrayal by a rare iconoclastic celebrity who was never afraid to speak the truth. Yet, underneath the think pieces and the speculation was the uneasy fact that all the chatter about his troubles was fueling the mental and emotional trouble that was spurring his unpredictable behavior in the first place. After all, paired with his struggles with mental health is also West’s innate and tricky belief that, as he once rapped: “Everybody gon’ say somethin’ / I’d be worried if they said nothin.’” There was always that tricky tension in how we collectively considered West’s public troubles — like reporting on a fire while dousing it in gasoline.

In the ostensible lead-up to Donda, most aren’t saying too much beyond speculating what the album sounds like and whether Kanye is sticking to the Jesus worship he began with his last solo record, 2019's JESUS IS KING. That’s a good thing. Perhaps we’re past a point of debating of whether West should be an avatar for our political beliefs. Or perhaps, Kanye is just at a better place in life.