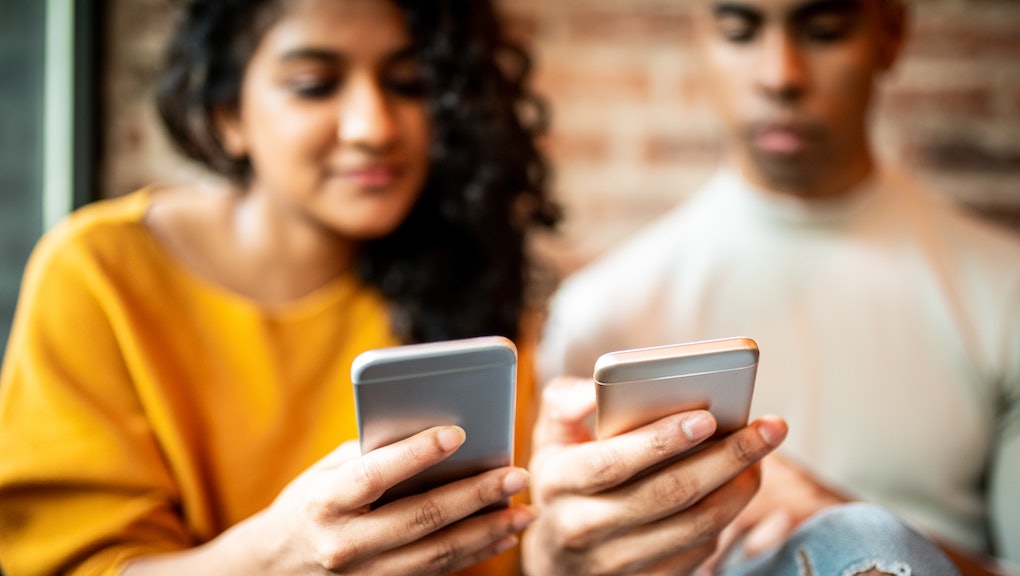 Why the follow-unfollow method still persists on social media

In fifth grade, I remember signing in and out of MSN Messenger so my crush would finally notice me when he got a notification. I’d sit there staring longingly at the green icon next to his screen name, wondering what he could possibly be doing that was more interesting than talking to me. But I want to tell my sweet and naïve 10-year-old self that if he wanted to talk to me the first time, he would have found a way. Now, I have the foresight to see just how misguided that type of behavior appears because I, like many people, am on the receiving end of it weekly: When a stranger or acquaintance follows and unfollows me on Twitter and Instagram.

Like anyone, I’m a sucker for that jolt of endorphins when my notifications tell me I have a new follower. But that feeling of euphoria fades once I realize that account is following me again only days after they followed me the first time. That can only mean one of two things: Less likely, that they no longer liked my posts, unfollowed me, and then decided to give me another try; or more likely, that they’ve followed and unfollowed me to get my attention in the hopes that I’d follow them back. I want to tell these sweet and naïve social media users that, No, If I wanted to follow them back, I would have the first time.

The follow/unfollow strategy is nothing new, but there seems to be a lot of confusion surrounding why people do it and whether it works. Gillian Brody, 28, an Ontario-based event manager, is baffled by it, saying she’s been followed and unfollowed numerous times from people she’s turned down on Tinder. “At first it was funny, and then it was just annoying. I respect the hustle, but it’s still annoying,” she says.

Research from Workmacro is a testament to Brody’s frustration. Using an automated service to follow and unfollow accounts yields positive results only a quarter of the time, they found, while manually following and unfollowing accounts works only 12 percent of the time. Additionally, using an automated third-party service like River for Instagram or Owlead for Twitter to do your dirty work can get you banned from either platform. With such a low payoff, why has it prevailed?

“In social media, there are so many fleeting trends,” says Beth Doane, social media expert and CEO at Main+Rose, a social media and branding agency. “Following and unfollowing is a simple strategy that works across industries and is particularly appealing for those less comfortable navigating social media.”

Instagram was once a safe place to post brunch photos, but thanks to the growing pressures of living the glamorous influencer life, the stakes are a lot higher now. That means Doane sees casual social media users “who don't understand the other methods of growing an account” use the follow and unfollow method, when in her view, influencer partnerships, advertising, outreach and giveaways work more effectively.

But following and unfollowing isn’t only part of the novice social media user’s starter kit. For influencers and bloggers whose livelihoods rely on maintaining certain follower counts and levels of engagement to attract brands, following and unfollowing is a necessary evil, according to Branden Hampton, social media expert and influencer. When Hampton consults with the likes of athletes and artists, he often suggests they employ the follow/unfollow technique to draw attention to their pages, whether they’re just starting out or looking to pad their fanbase. “If you think your style is like Taylor Swift's, then go like photos [and follow] some of her fans. They'll wonder who you are, visit your profile, and then possibly follow you back or even stream your music. It’s a good way to do some free marketing for yourself,” he says.

Sure, Hampton’s logic suggests that following strangers is a great way to grow your business or keep up appearances, but unfollowing them to minimize your following count is just as crucial. A study published in the journal Psychological Sciences found that social media users are more likely to engage with content or accounts that have already been endorsed by many people, which explains why boasting a large following count feels like the highest badge of honor. Doane adds that brands are more likely to invest in accounts that have a higher follower to following ratio. The idea is that it looks better to have, say, 1,000 followers while following 200 people than to have 1,000 followers while following 2,000 people.

To alleviate the tedious task of following and unfollowing hundreds of accounts, some people purchase or download programs that allow users to target certain types of accounts that might be more likely to follow back based on shared interests, or automate a random number of their photos to “like.” (Ever gotten a flame or heart-eye emoji comment from a complete stranger on a photo you posted 73 weeks ago? That’s a hint it might be automated.) Users can also choose how long they want to follow other accounts before giving them an opportunity to follow back. “The real evil people even set it to unfollow people even if they follow back,” says Hampton.

The element of deception inherent in this strategy is what makes it so off-putting. “It’s been done to me countless times over the past 11 years,” Hampton says. “I've even noticed patterns of dozens of people that will do it frequently, tens of times, hoping to get noticed. I had one account that did it to me weekly for over a year, at least 60 to 75 times, and I eventually blocked them. I'd see their account follow me, like 10 to 15 photos, then I'd see them start to follow me again a week later.”

Despite the nuisance, Hampton still sees value in the practice. If you’re going to do it, he says to “make sure you have a genuine interest in the person or their interests. If done the right way, authentically and manually without automation, then it can be a great way to hack your follower growth.”

But the social media strategy isn’t a one-size-fits-all ticket to influencer stardom. Doane says it’s best to avoid it because it’s a common practice among bots, which violate Instagram’s Terms of Use. “Others may think that either your account is fake or that you're using other tricks,” she says, adding that it can come off as a major red flag if your account itself looks like that of a bot, or if you give off the impression you’re using a third-party bot to handle your following and unfollowing.

Instead, she suggests investing in building a feed that attracts followers based on its own merit, whether that looks like clever tweets to promote your freelance journalism services, or compelling photos to capture your talents as an event photographer. “It needs to feel organic, resonate with others, be relatable, and also feel exciting and inspiring, something that your audience would want to see on a regular basis,” Doane says.

There’s no need to employ the method if you’re just looking to boost numbers, since engagement levels are far more instrumental in determining the value of your account. “One active follower is worth a million inactive followers,” says Doane. “Active followers who engage with your content are absolutely the foundation of an authentic, inspiring, and exciting community. They’re the beating heart and soul of your social media presence, making others want to be a part of the movement or identity that you are projecting. Without engagement, a follower is just a number at the top of your page.”

More like this
How the shock and confusion of 9/11 enabled our modern conspiracy era
By AJ Dellinger
Scientists are potty-training cows in an effort to save the planet
By AJ Dellinger
What is sploshing, the food fetish that's taking over TikTok?
By Melissa Pandika
Stay up to date