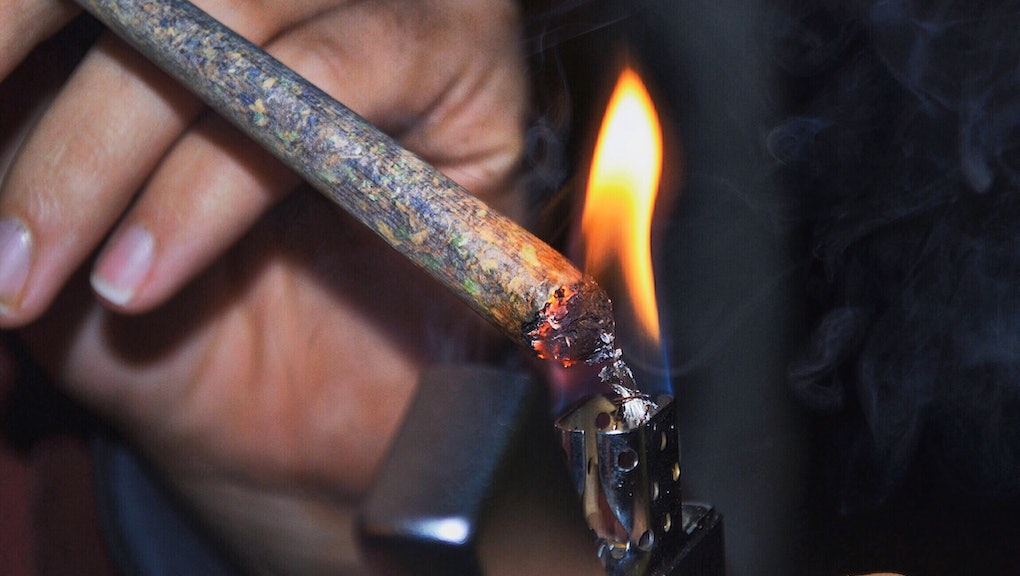 Why weed seems to slow down time, according to science

About a year ago, I had one of those awkward moments that inevitably happen when you get way too stoned. While grabbing dinner with friends at a restaurant (remember those?) in my post-joint haze, I basically lost my will to converse, which didn’t really bother me — until suddenly, I wondered how long I’d been sitting in silence. A few minutes? An hour? I had no effing clue. Were my friends staring at me, wondering why I hadn’t said anything? My heart raced as my anxiety and confusion grew. To help me understand what happened that night, I asked an expert why weed seems to slow down time.

There’s actually a scientific term for this phenomenon, says Lewis Nelson, chair of the department of emergency medicine and chief of the division of medical toxicology at Rutgers New Jersey Medical School: “time dilation.” If you experience it, you “tend to sort of overestimate the amount of time that has passed.” You think 10 minutes have passed, when it’s really only been five.

Cannabis probably warps your sense of time by acting on endocannabinoid receptors on the thalamus, the brain region that regulates perception and sensation, Nelson explains. Specifically, it seems to affect the sensory input filtering system, located in the thalamus. Tons of sensory inputs enter your brain at all times, everything from the breeze to your own heartbeat, most of which gets filtered out. But cannabis interferes with this process and seems to change the aspect of the filter that controls how you perceive time.

In general, the more THC you consume, “the more dilated time becomes”— that is, the greater the disparity between the amount of time you think has passed and the amount that’s actually passed, Lewis explains. Smoking weed also tends to produce a stronger sense of time dilation than ingesting it, since THC levels peak fastest when you inhale cannabis. “The route of administration associated with the quickest peak levels are most associated with the effect.”

How often you imbibe matters, too. “If you’re a frequent, heavy user, you tend not to experience it very much,” Lewis says. But it’s also possible that you still experience time dilation, and you’ve just learned to explain it to yourself. (You might notice that it feels like 10 minutes have gone by, but tell yourself that only five have elapsed.)

That’s because cannabis, unlike alcohol or opioids, doesn’t seem to cause much physiological tolerance. In other words, your body doesn’t adapt to the continuing presence of cannabinoids such that you need to progressively increase your weed dose to experience the same degree of time dilation.

Basically, the cannabis I had that awkward night with my friends probably acted on my thalamus, impairing my ability to keep track of how much time had passed since I last spoke. And the fact that I smoked it — a lot of it — probably didn’t help matters. Now, if only I could alter my perception of this pandemic, and make it feel shorter than it really is.

This article was originally published on July 21, 2020