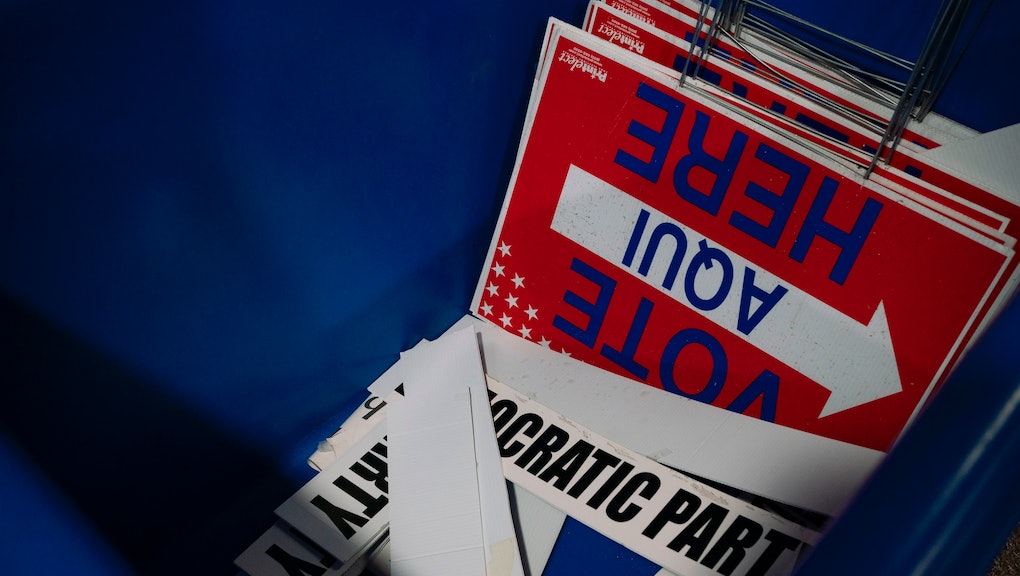 On Wednesday morning, U.S. Surgeon General Jerome Adams appeared on NBC's Today show to address the nation's ongoing response to the coronavirus pandemic that has paralyzed cities and sent the economy into a tailspin. "We want nationally people to understand the importance of social distancing," Adams said, when asked about the 17 states that haven't instituted any sort of statewide isolation policies — the type of policies that have moved states across the country to postpone their primary elections, to avoid people crowding into polling places to cast votes.

"My advice to America would be that these guidelines are a national stay-at-home order," Adams said.

But despite being one of the 33 states indeed operating under some form of stay-at-home mandate, Wisconsin still plans to go ahead with its upcoming presidential primary race, raising concerns about public safety, and prompting at least one candidate to call for delays in what has become the only upcoming election not to be postponed by the pandemic so far.

While the state has pushed residents to vote by mail, Wisconsin acknowledged in a federal filing that many people would likely still show up at the polls to cast their ballot in person — despite the fact that the election commission has reportedly been notified of worker shortages at a number of polling locations. In response, Democratic Gov. Tony Evers has requested the state's National Guard send troops to serve as stand-in election officials, although the exact number of soldiers needed is still being determined, Guard spokesman Joe Trovato told the Associated Press.

According to a Marquette University Law School poll released Wednesday, a slim majority of Wisconsinites favor moving the April 7 date — which in addition to being a presidential primary day, is also the day of the general election for a number of state and municipal offices. Joining the chorus of voices calling for a delay is Vermont Sen. Bernie Sanders, the only candidate still running against former Vice President Joe Biden for the Democratic nomination. Sanders urged the state to postpone the election so voters don't "risk their lives" heading to the polls.

While the election is slated to move ahead as scheduled, NBC News notes that the primary race could still be postponed by a federal court.

More like this
COVID vaccine holdouts have a message to lawmakers: Show me the money
By Rafi Schwartz
The real reasons employees aren't rushing back to work
By Noah Berlatsky
FEMA said it would reimburse cities for housing homeless people. Most cities ignored the offer
By AJ Dellinger
Stay up to date