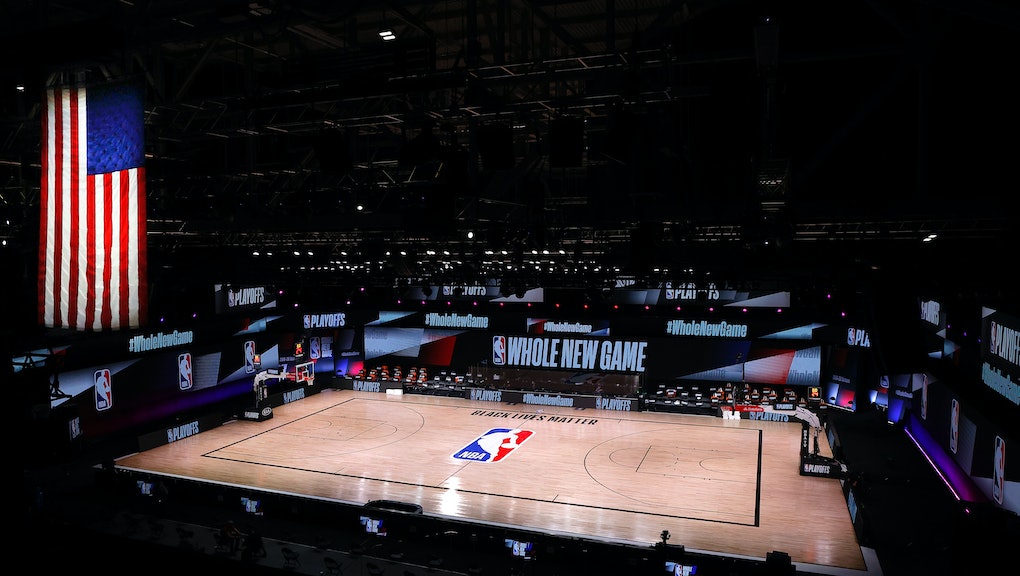 With games resuming this weekend, the NBA's radical moment is cut short

After the Milwaukee Bucks launched the NBA's wildcat strike on Wednesday, it was incredibly invigorating to watch it reverberate throughout the major sports leagues. The WNBA, which has been the most unified league in protesting racism and police brutality, followed close behind, along with a number of MLS and MLB teams. The work stoppage opened a world of possibilities that empty sloganeering and sanitized league statements could barely gesture toward. And then, well, things began their slide back to normalcy within 24 hours.

On Thursday, ESPN’s Adrian Wojnarowski reported that players decided to resume the NBA playoffs, as soon as this Saturday. Much of the reporting has been hazy — both regarding the inner mechanizations of the work stoppage and player demands for the league and ownership — but a meeting between players and owners is reportedly set to occur sometime this afternoon.

It was tempting to imagine ways in which players withholding work could pressure ownership — who, in some cases, funnel money directly into the racist police state — to literally defund the police. At the very least, perhaps the same league that censored Norm Powell from wearing an “Am I Next?” jersey could go beyond empty platitudes for enacting justice. That the players agreed to resume play so suddenly either implies the owners willingly and swiftly gave into their demands or, perhaps more likely, squashed the effort before it could threaten a postseason’s worth of profits. (Given their efforts to dilute the action from a strike, to a boycott, all the way down to a “pause,” I’m leaning toward the latter.)

So, it’s inevitably disappointing to watch this shift so quickly, whether it was by sheer might of ownership or different factions of the players’ union preventing an outright end to the season. The Twitter algorithm fed me these within about fifteen seconds of scrolling, which do a good job of capturing how rapidly this deflated in under 24 hours:

What the Bucks did was truly brave and inspiring — an unprecedented level of direct action in major sports. A work stoppage outside the context of collective bargaining negotiations is an incredibly powerful tool for teams to use down the road, so long as it can’t be co-opted or sanctioned by the league this successfully. And the players achieved a remarkable level of notice within a very short period of time, if it left the possibility of more on the table. Vampiric detractors like Jared Kushner will always take issue with how the protest occurs, and if players are finding “concrete solutions that are productive,” when they’re often moving with more velocity and conviction than either major political party.

Despite any sudden walkbacks, it has opened the floodgates in other leagues. The notoriously activism-averse MLB will be without at least a few more games on Thursday, with the Rangers-Athletics, Red Sox-Blue Jays, and Phillies-Nationals matchups all postponed at the time of writing. The power for direct action is so clearly with the players — the stars who actually bring fans into the arenas, eyeballs to television sets, and profits to their owners — and more workplaces could stand to follow their lead.