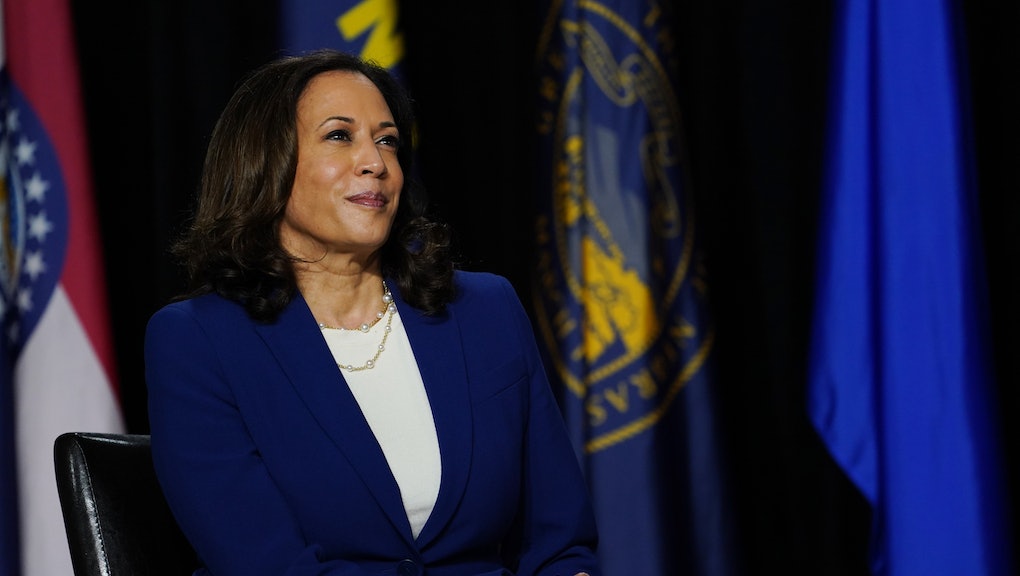 Last week, President Trump wielded one of his (predictably childish, uncreative) go-to insults against Vice Presidential candidate Kamala Harris: nasty. In a press conference, he called her cross-examination of Supreme Court Justice Brett Kavanaugh “extraordinarily nasty,” reminiscent of when he referred to former opponent Hillary Clinton as a “nasty woman” in 2016 — a sexist, at times racist, way to belittle a woman who has qualities typically admired in men, including ambition. Many blamed Clinton’s defeat on this very trait, and claimed that in general, it can cost women running for office. But recent research challenges this narrative. In other words, good news, if the results do apply more broadly: Women can stop downplaying their ambition.

A study of American and British voters published in the journal Political Behavior late last month found that overall, ambition didn’t hurt their appeal. Voters, especially Democrats, actually found ambition in female candidates attractive, Ana Catalano Weeks, a lecturer in the politics, languages, and international studies at the University of Bath and one of the researchers who conducted the study, told the news service.

To test whether voters really do respond negatively to ambitious women, Weeks and Sparsha Saha of Harvard University’s department of government first developed a framework to assess perceptions of ambition. They defined it as being made up of four dimensions: progressive, or aspiring to higher office; agenda-based, or the extent of policy proposals; parental, or balancing familial with public responsibilities; and personalistic, or personality traits such as assertiveness.

The researchers then surveyed 3,985 voters in the U.S. and the U.K. from 2017 to 2020. The survey asked participants to imagine they were voting for a candidate for governor in a primary election within their party. They then read tables listing information on candidates’ gender, as well as various traits representing each of the four dimensions of ambition — such as their personality and future plans — and chose which candidate they preferred.

Overall, voters slightly favored ambitious women seeking office, with some differences based on their party affiliation, according to a report about the study in EurekAlert. Democrats were 7% more likely than Republicans to vote for women with progressive ambition — again, those who strove to run for higher office — suggesting that ambitious conservative women might experience backlash, especially in primaries and local elections, where they can’t really lean on their party affiliation to attract voters. In the UK, where there’s less party division, the researchers didn’t see partisan differences in perceptions of female candidates.

While women were more likely than men to vote for female candidates showing agenda-based and progressive ambition, the gap wasn’t significant in every survey sample, per EurekAlert.

The findings suggest that the underrepresentation of women in politics might be due not so much to voters, but party gatekeepers, Weeks told the news service. “This research should act as a rallying cry to women seeking political office not to downplay their aspirations." If the same extends to those of us not running for office, dimming our shine really doesn’t serve us — and if it bothers people, take a cue from Lady Gaga and tell them to wear sunglasses.