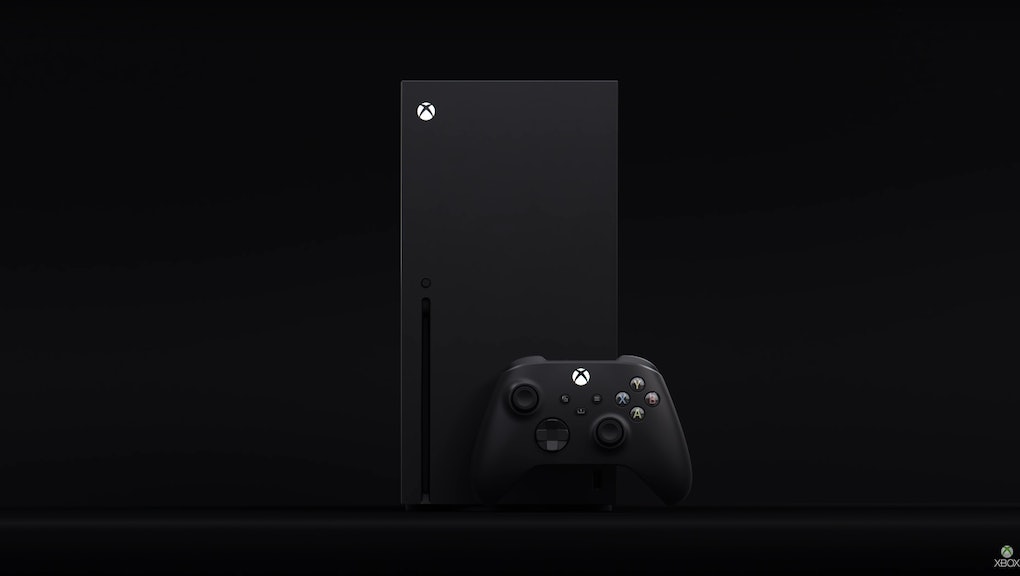 Xbox Series X: Everything we know so far about Microsoft's 2020 console

At last night's Game Awards 2019, Microsoft finally gave gamers a true look at what is next for console gaming. The company finally lifted the veil of the mysterious Project Scarlett to reveal its next generation platform, the Xbox Series X. While we're still a full year from actually being able to get hands on the console, there are already plenty of details that should have gamers excited about what's to come. Here is everything that we know about the Xbox Series X — and the details that we're expecting will come as we get closer to the console's launch.

Start with the specs

Getting into the weeds on the Xbox Series X, the console will feature a custom-designed processor that will utilize AMD's Zen 2 CPU architecture, as well as a next-generation RDNA graphics architecture. Microsoft will also make use of its proprietary Variable Rate Shading (VRS) technology to allow games to make the most of its graphical prowess. If all of that means next to nothing to you, here's what it translates to in terms of actual performance: the Xbox Series X will offer 4K visuals and 60 frames per second, with the ability to achieve 120 frames per second and 8K resolution. That would blow away the capabilities of current consoles — though there are rumors that the PlayStation 5 will also be able to support 8K visuals.

In addition to the impressive chipset that will power the console, the Xbox Series X will also feature what Microsoft is calling a "next-generation SSD" or solid-state drive, which it claims will be able to process information quickly enough to "virtually eliminate load times and bring players into their gaming worlds faster than ever before." Given that one of the biggest complaints about the Xbox One was just how long it takes to actually get into the games that you want to play — an issue that even the super-charged Xbox One X really couldn't solve entirely — this will be a welcome improvement for most gamers.

One thing that you'll likely notice about the Xbox Series X is its appearance. Namely, it looks like a mini-fridge. A more apt comparison, particularly given the specs inside it, might be a PC tower. Whatever you decide to compare the console to, it's definitely big. TechCrunch reported that it is about three times as tall as the Xbox One, which means you might have to make some extra room for it. The console can sit either horizontally and vertically, so it has some versatility to it. Hopefully won't run into the issue the old Xbox 360 had, where setting it vertically would occasionally destroy a game disc — though it does seem we are largely headed toward a disc-less future for gaming, so that should be less of an issue.

A new controller that isn't all that new

After tanking the controller design with the original Xbox by making an massive, bulky gamepad that even its creator referred to as "embarrassingly enormous" years later, Microsoft has basically had the platonic ideal of a game controller since the Xbox 360. Given that fact, there isn't much new about the controller that ships with the Xbox Series X, though it is technically a new controller. Microsoft calls the gamepad the "new Xbox Wireless Controller" and claims that the "shape and size have been refined to accommodate an even wider range of people." What that means exactly isn't entirely clear, but suffice to say if an Xbox controller has felt comfortable in your hands in the past, you'll likely get the same satisfaction out of the new one.

There is one noteworthy addition to the new controller: a new "Share button" that makes it easy to capture screenshots and game clips without having to pull up a menu on the console to do so. The new Xbox Wireless controller will also borrow the "advanced D-Pad" that appeared on the Xbox Elite Series 2 wireless controller, so it should have a premium feel when you're playing with it. The latest Xbox Wireless Controller will be compatible with the Xbox One and Windows 10 PCs in addition to the new Xbox Series X console.

What about the games?

Historically, launch titles have been a big deal when it comes to new consoles. Companies want to have the best titles available when the console first drops in order to entice players — an area that was particularly important at the peak of the console wars when Microsoft and Sony were dropping new platforms at around the same time and trying to steal potential customers from one another. Nowadays, when most games come out on multiple platforms, this isn't quite as important. But the occasional exclusive can be enough to keep gamers hanging on, and Microsoft has at least a few titles planned for the Xbox Series X that should be enticing.

The first game showed off using the new console's hardware was Senua’s Saga: Hellblade II — a sequel to the award-winning Hellblade: Senua’s Sacrifice that dropped in 2017. The other game that has been confirmed for the Xbox Series X is Halo Infinite, another installment into the popular Halo series that has been with the Xbox since the original console. Details are still a bit sparse, but the game will be a first-person shooter and will continue the main storyline of the series, following Master Chief as he takes on "his greatest adventure yet to save humanity," according to Microsoft.

While the launch lineup looks a little sparse at the moment — to be fair, there's at least a year between now and the console's planned arrival — the Xbox Series X will have lots of titles available to it right out of the box. That's because it will be fully backward compatible with previous versions of the Xbox. Microsoft says the new console will work effortlessly with "four generations of gaming" dating back to the original Xbox console. The Xbox Series X will also work with all Xbox One gaming accessories and have access to existing services like the Xbox Game Pass, so you'll be able to start gaming right away even if there aren't tons of new titles at launch.

There is no official launch date set for the Xbox Series X, though Microsoft has said it will be available for "Holiday 2020." That likely means a November or December launch. Every prior iteration of the Xbox console — the Xbox One X, One, 360 and the original device — has come out in November, so it seems likely that Microsoft will continue that trend with its latest offering. There is no word on what the price for the console will be, though it is worth noting that both the Xbox One and Xbox One X had a launch day price of $499, so that may be the ballpark that you'll be looking at for the Xbox Series X.