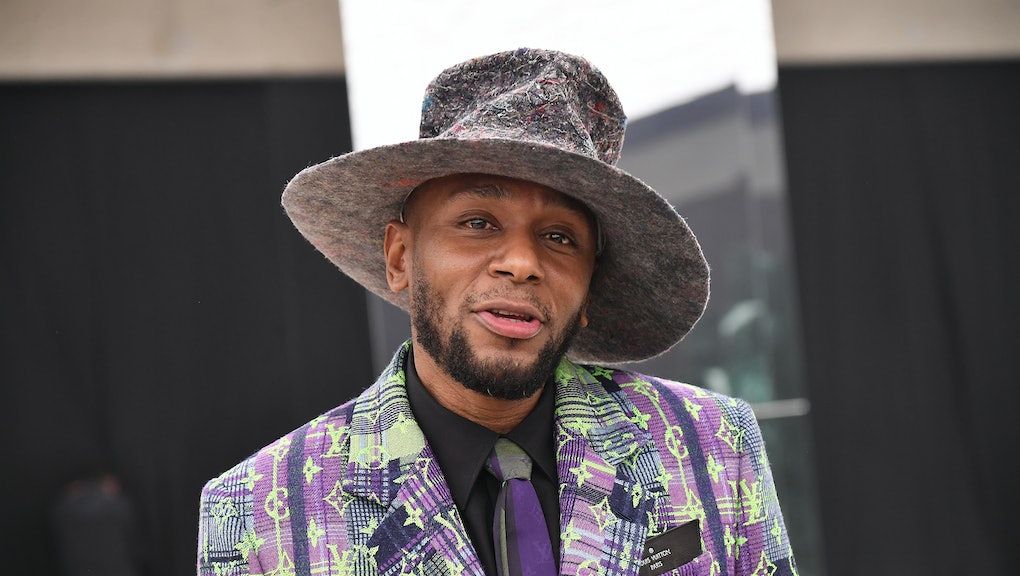 In less than 24 hours, a gift to jazz fans across the world became cursed. Hours after news hit of Yasiin Bey returning to the silver screen to portray enigmatic jazz legend Thelonious Monk in the biopic Thelonious, Monk's estate condemned the film. Out of respect for the estate's wishes, Bey took to his personal Instagram account to announce he will not be participating in the film if the Monk family does not approve in a move that underscores the complexity of bringing a dead celebrity's story to life.

Monk's son, 71-year-old Thelonious Sphere "T. S." Monk III, helps run the Thelonious Monk Estate and is the most vocal opponent to the planned depiction of his late father. In an email to Pitchfork, Monk III claimed no one in the family is involved in the making of the film and even went as far as to say "I hate the script," hinting that he and the production company behind the film, Jupiter Rising Film, had been in contact regarding the biopic. If true, Bey's reluctance to do the film is in part due to being misled by people trying to tell a life story they have no personal claim to.

In his Instagram video released earlier this morning, the acclaimed MC stated he asked if the family had approved the making of the film and was "given every indication by the production company that the family was on board." Bey also intimated he wanted to make sure the production company could use Monk's timeless music in the biopic, which is complicated by the fact Monk III controls the music in his father's catalogue.

Jupiter Rising Film has yet to respond to either the Monk Estate's condemnation or Bey's requested removal from the biopic slated to begin production in Summer 2022. The script Monk III detests focuses on his father's "struggles for musical success, mental illness and the spiritual love triangle between his wife Nellie, and one of the world's richest women Nica Rothschild," according to the press release announcing the biopic. The company's co-founders, Alberto Marzan and Peter Lord Moreland, appear to be approaching the biopic as exuberant music aficionados rather than historians with Moreland attributing his connection to Monk to his own personal life as a musician, record producer and composer, along with going to the same Stuyvesant high school as Monk.

Biopics are inherently recreations of someone's life, as opposed to documentaries which are more stringent chronicles of that person's life. Unlike documentaries, biopics have artistic license to take creative freedoms within the framework of that person's life, a fact that can complicate the retelling of a dead celebrity's story. For the biopic Nina about revered singer Nina Simone, Zoe Saldana was controversially cast as the lead and those behind the film thought giving her a wide prosthetic nose and darker skin color wasn't offensive, but an acceptable augmentation to reality in order to tell a story from the past. Director Cynthia Mort even went as far as to say Saldana was casted largely due to financiers of the film having a limited list of Black actresses of a certain age and look they approved of. In a biopic, honorably depicting the subject's life is, at best, on the same level as making sure the film makes money.

As such, simply having an appreciation and music knowledge of the subject is not enough to create a biopic. Family involvement in the retelling of a dead celebrity's story is paramount in any biopic, but doesn't have to preclude outside opinions. Families biased by close connections with the subject want their loved ones portrayed in the most flattering light, while journalists and filmmakers want them portrayed in the most compelling light. Biopics are meant to be dramatizations and not recreations, so there has to be a marriage of the two, but a biopic without firsthand accounts from people who intimately knew the subject is bound to feel disrespectfully incomplete.

Not only does it appear Jupiter Rising Film misled Bey about the Monk family's involvement, the production company appears to have been created recently with no projects released under the company and a Twitter account created three months ago. By the looks of it, this Thelonious biopic might end up be nothing more than two music lovers' dream until the real-life family gets involved.