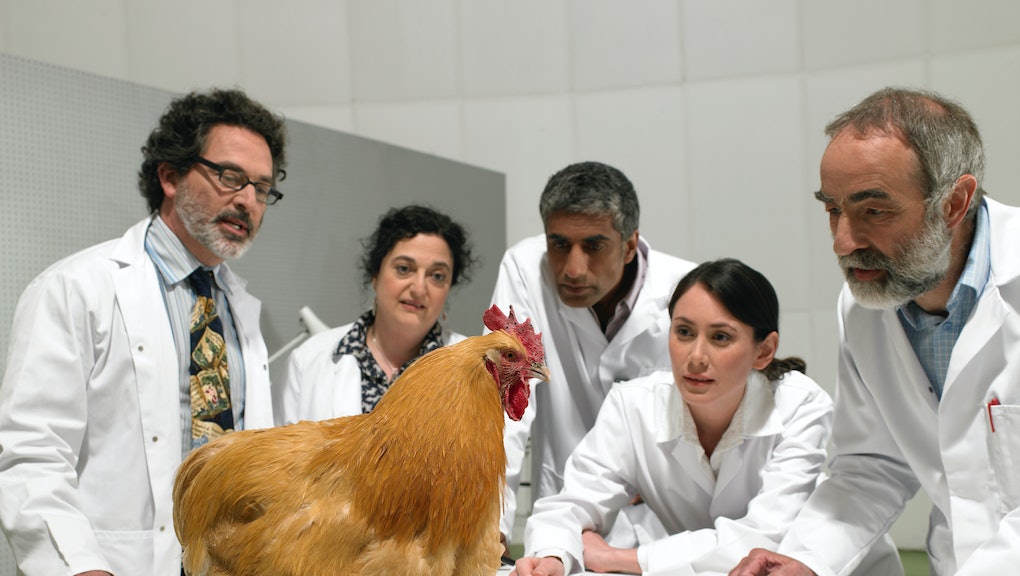 Ethical concerns about factory farming, from the treatment of animals to environmental impact, have launched an entire industry of plant-based meat replacements. And while the Impossible Burger and soy nuggets might be tasty in their own right, they’re still not the real thing. Now, Singapore is set to be the first nation to get an alternative that keeps the meat without the harmful side effects of producing it.

This week, the Singapore Food Agency gave the green light for restaurants to sell cultured meat produced in a lab rather than on a farm. The first company to get this approval is the United States-based Eat Just. The company announced on Wednesday that it had been cleared to sell "chicken bites" using its lab-grown cultured chicken, following a "rigorous consultation and review process" from Singaporean regulators. The bites, which are free of antibiotics and don't require the slaughter of any animal, will be sold in at least one restaurant in Singapore. Eventually, the company hopes to expand where the lab-grown meat is available, including selling directly to consumers.

The chicken bites are the result of Eat Just's process for developing lab-grown meat. The company grows chicken cells, which it obtains from a cell bank that takes cells from biopsies of live chickens rather than slaughtering them. The cells are grown by combining them with plant-based nutrients. The result, according to the company, is cultured chicken that meets the same standards required of poultry meat while producing "extremely low and significantly cleaner microbiological content than conventional chicken."

Eat Just's cultured chicken comes at a time when the need for meat alternatives is greater than ever. A study published in 2018 found that the global demand for meat has grown by 58 percent over the last two decades, driven largely by a growing global population and rapid economic development. That demand is putting a massive strain on the environment. A study published in the journal Science found that meat production is the single biggest source of methane emissions, which can be 84 times more potent than carbon dioxide. Agriculture accounts for nearly one-fourth of all carbon emissions globally, and producing meat is one of the leading sources of emissions from the sector.

Avoiding meat remains one of the most effective ways for humans to shrink their individual carbon footprint, as livestock has proven to be a wildly inefficient way to stay fed. A recent analysis found that meat and dairy from livestock provide just 18 percent of all calories consumed while taking up 83 percent of all farmland. By shrinking our overall reliance on these food sources, humans can potentially lessen the need for all of that farmland. The alternative is continuing to meet the demand for all this meat, which will lead to considerably more deforestation and carbon emissions.

Plant-based meat alternatives like the Beyond Burger have been enjoying something of a moment, but have come under fire for being less healthy than one might believe them to be. They also often fail to pass the texture test for many meat-eaters. It's possible that these lab-grown meats might be able to thread the needle between expectations for how meat should taste and feel while significantly limiting the impact that production of meat typically has on the environment. Singapore will be the first to know.